Michael Reich's strange little film She's Allergic to Cats will have its World Premiere in Montreal at Fantasia next week. We at ScreenAnarchy have a couple of exclusives to share with you today.

First off, would you like to know just how strange She's Allergic to Cats is? Then look no further than below at the new trailer for the flick.

Secondly, do you like trading cards? Of course, we all do. Then go through the rest of our gallery for your first look at the She's Allergic to Cats Trading Cards.

Michael Pinkney is a dog groomer in Hollywood.  His job is degrading, his home is infested with rats and his mind constantly wanders into a lo-fi dreamscape that mirrors his analog video experiments.  He meets Cora and his menial life spirals into an explosion of distorted video art and psychological insanity.

The film is the directorial debut of Michael Reich. He has previously directed music videos for Ryan Adams, The Shins, Bad Religion,Yuck, and My Chemical Romance. “She’s Allergic To Cats” is an autobiographical account of Reich’s time as a dog groomer with artistic ambitions. The film was funded entirely by savings accumulated from working as a body double for one of the Daft Punk robots, which Reich has done since 2005 when he starred in Daft Punk’s feature film “Electroma.” 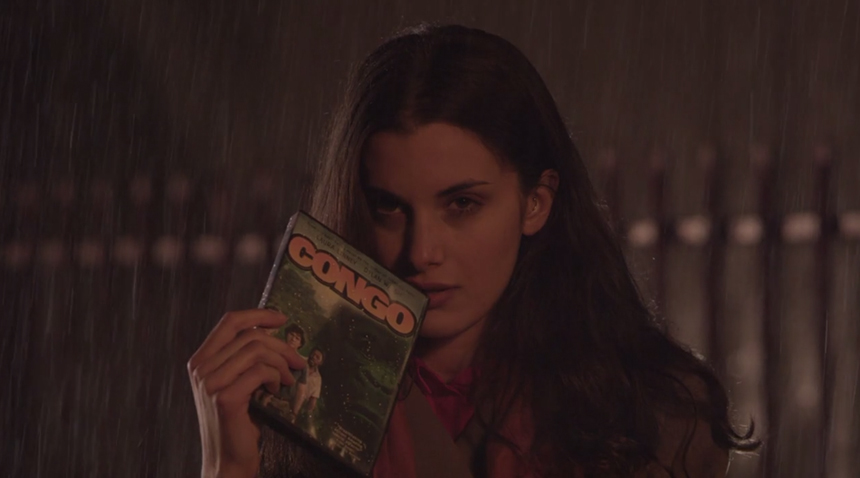 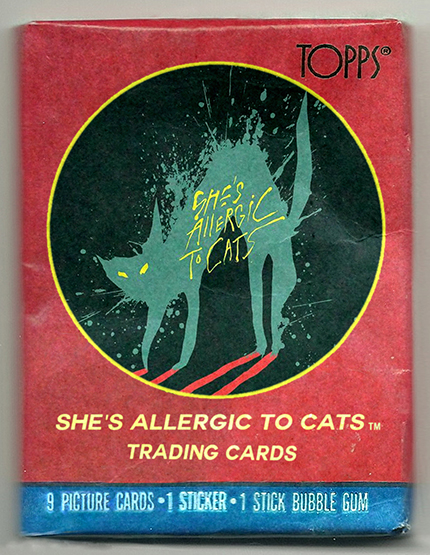 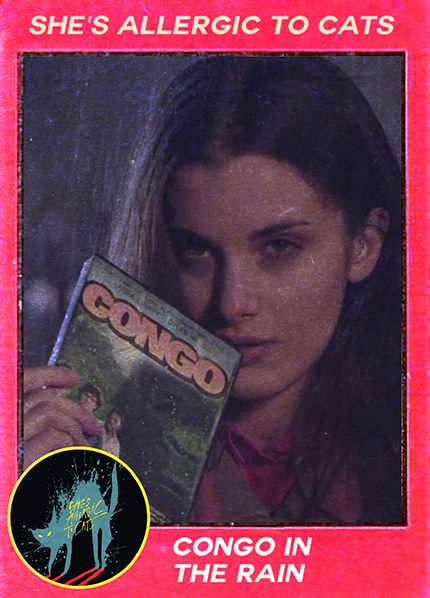 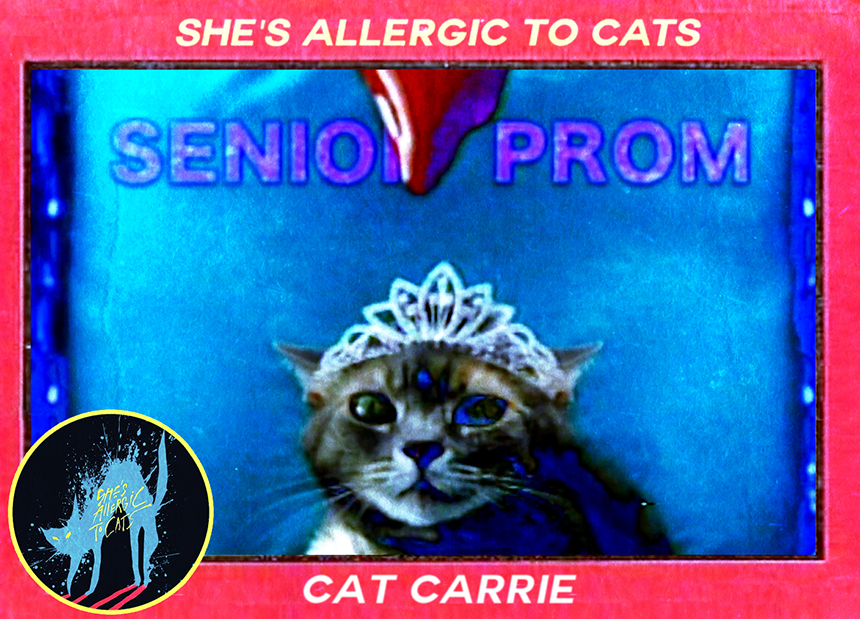 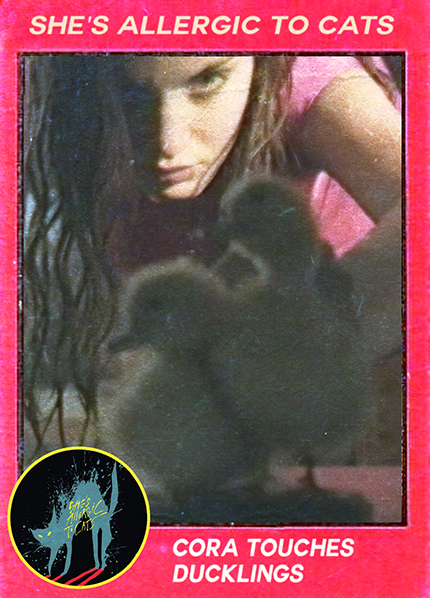 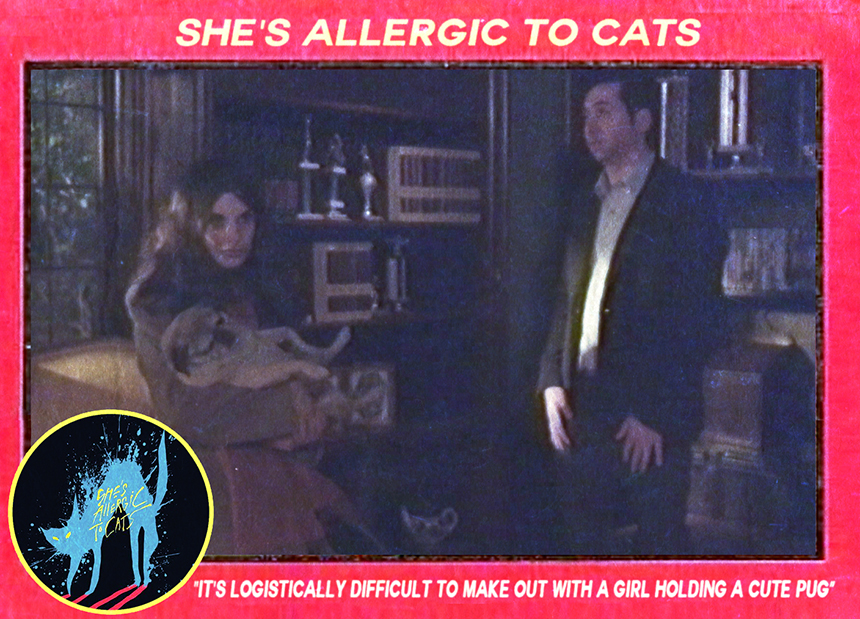 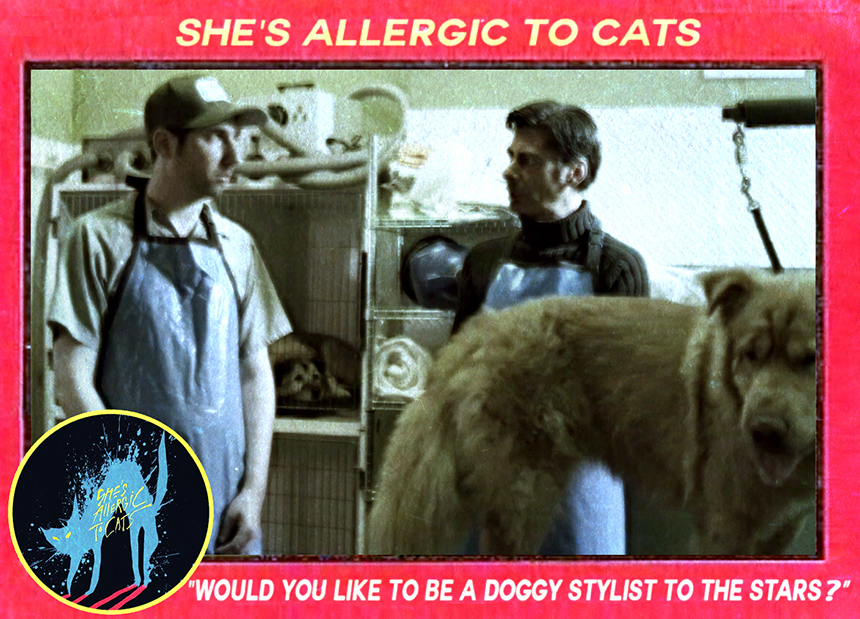 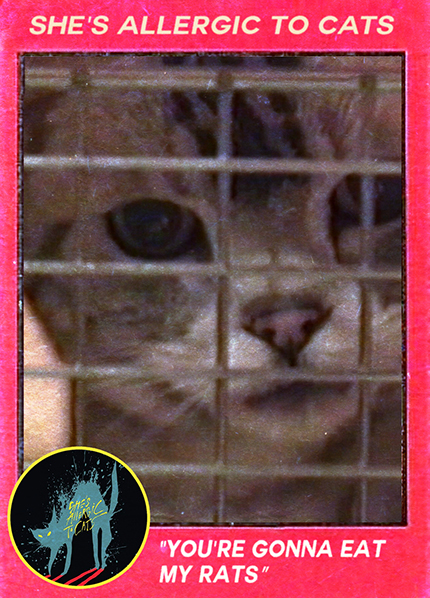 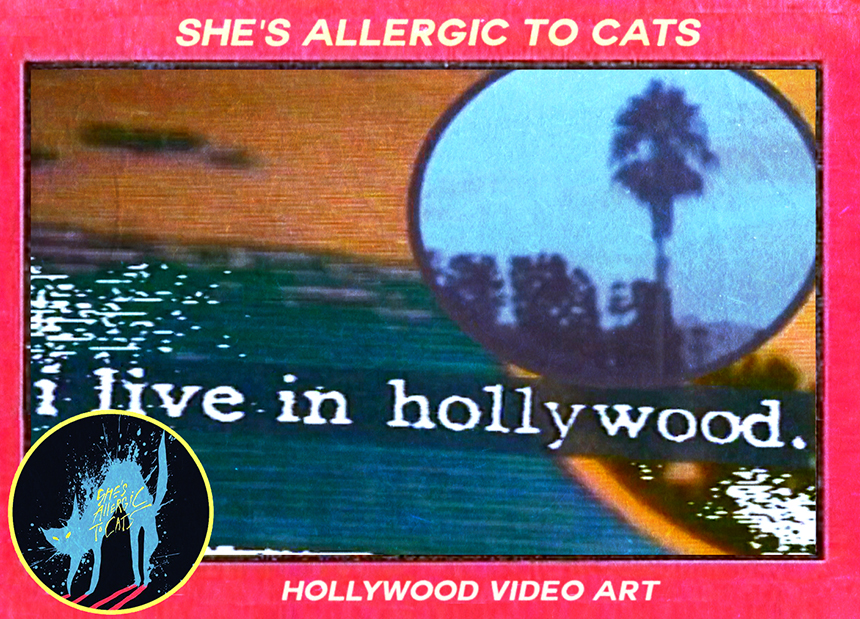 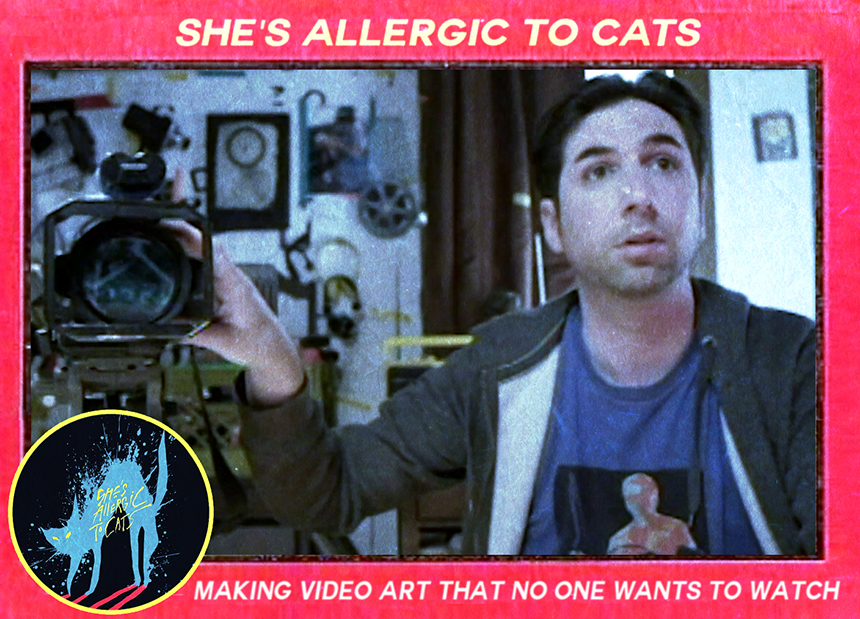 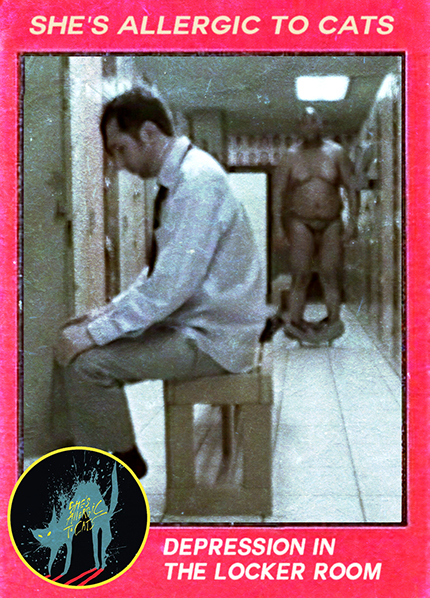 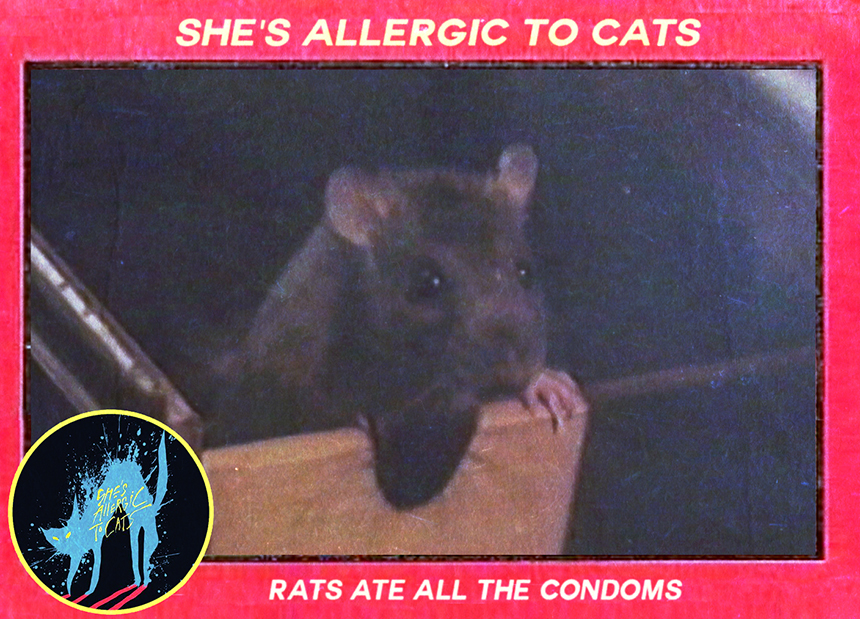 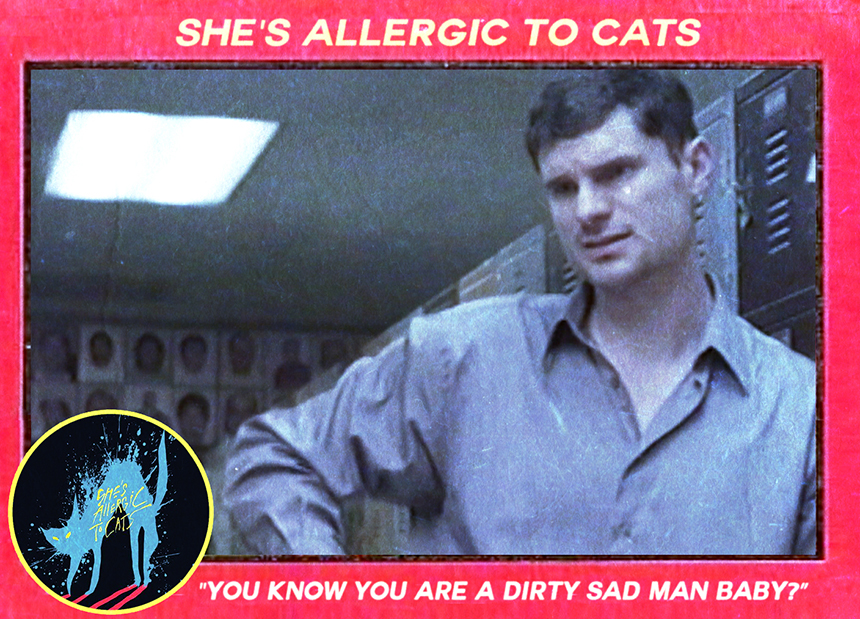 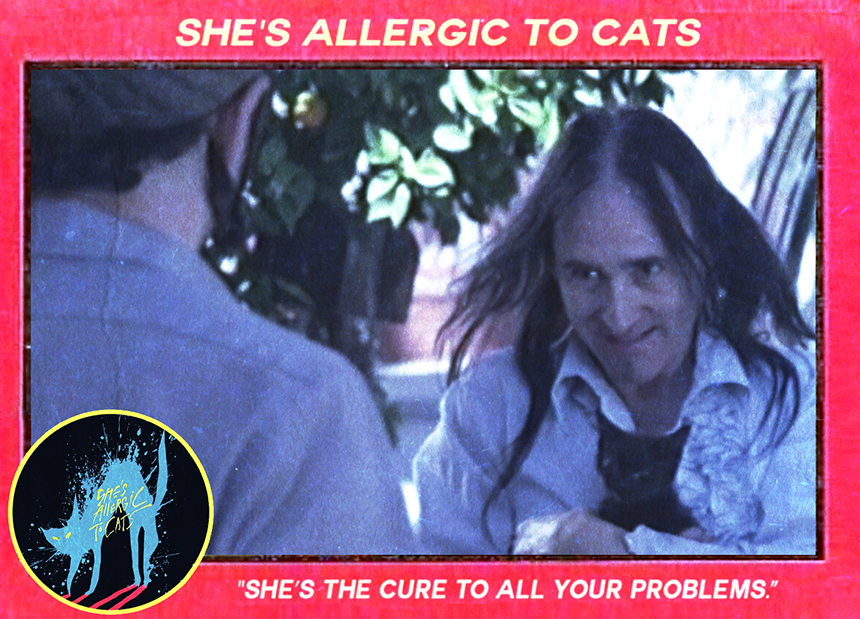 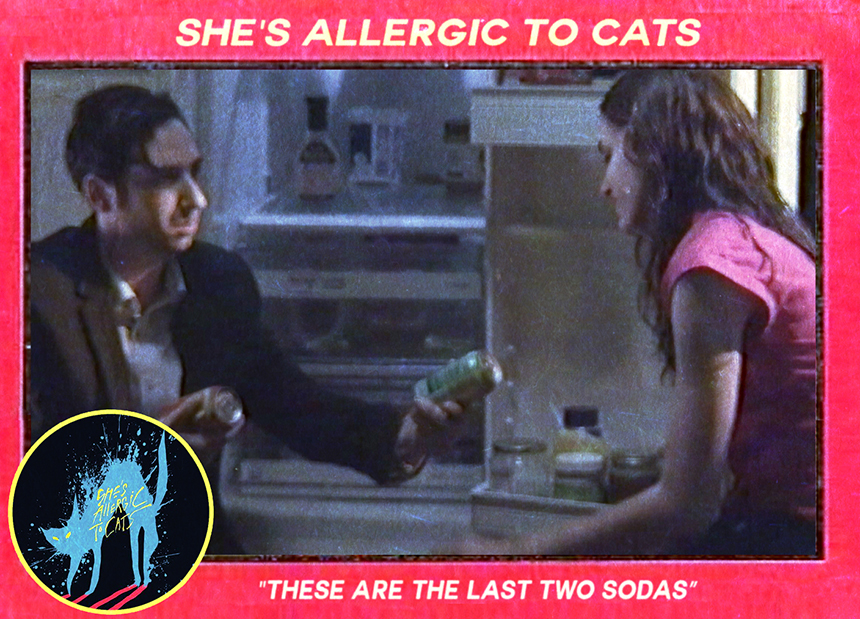 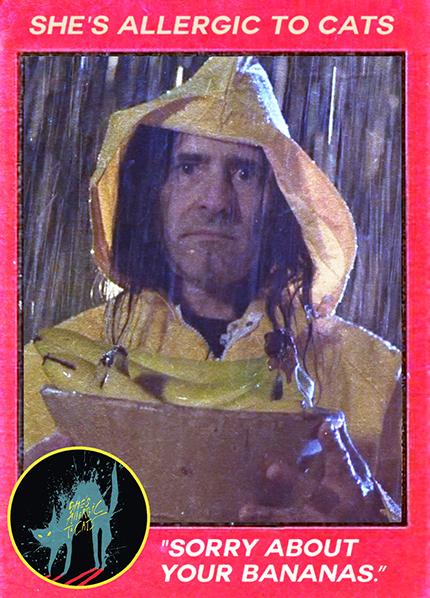 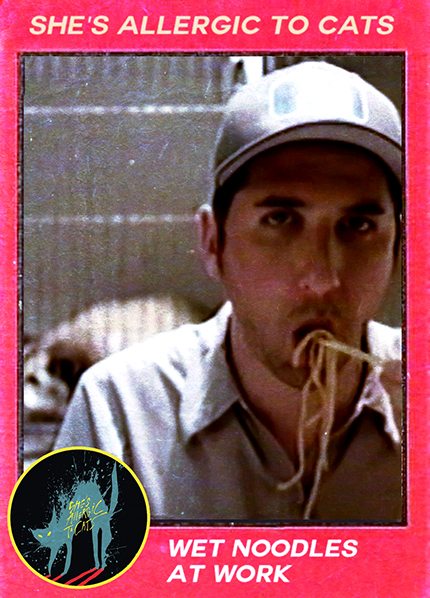 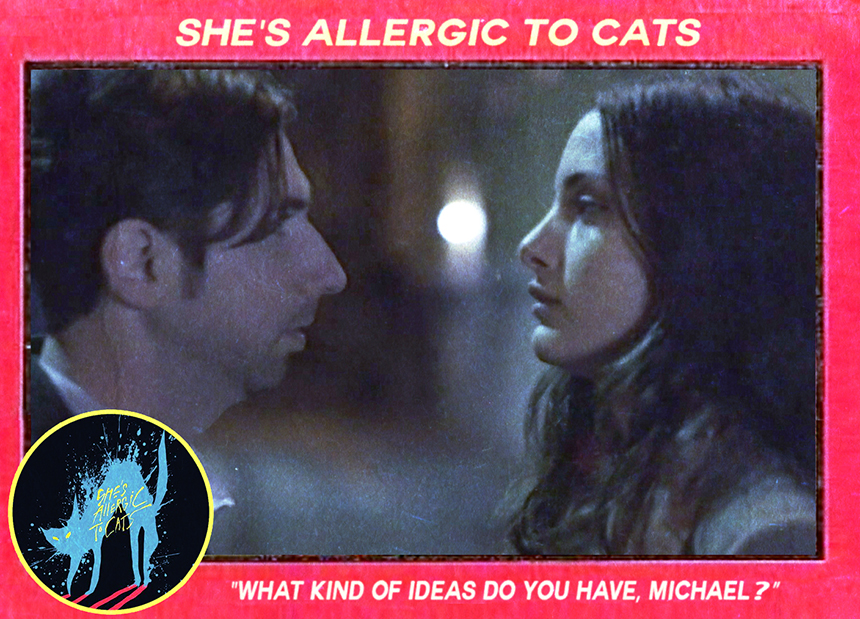 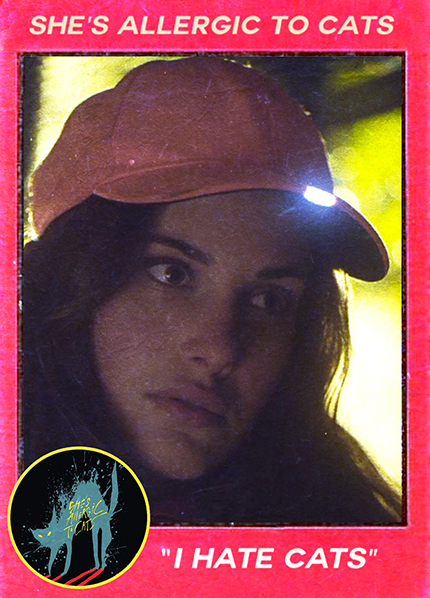