Embark On A Cross Country Odyssey With THE YOUNG OFFENDERS 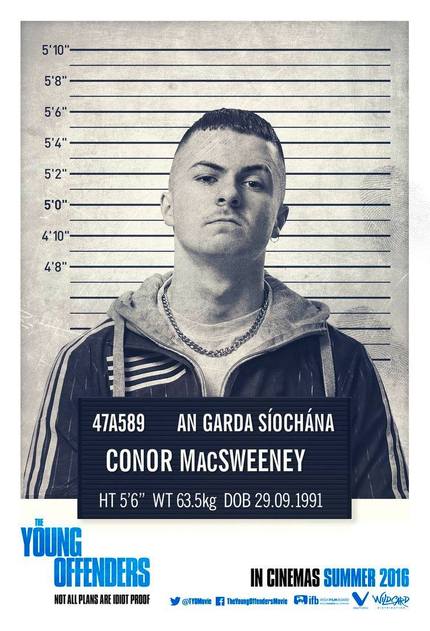 Back in 2007 the Irish county of Cork was the scene of the largest seizure of cocaine in the nation's history, with more than four hundred million Euro worth of the stuff thrown overboard and washed ashore where it was recovered by police in sixty one seperate bales. This is true. It actually happened.

Now, imagine, if you will, that you're a fifteen year old boy in Cork at the time. That cocaine is more than cocaine. It's freedom. There are literally bags of it just out there for the taking. And, if caught, you would still be legally classed as a young offender so the consequences are not particularly consequential. What do you do?

This is the premise of Peter Foott's raucus coming of age comedy The Young Offenders. About to premiere at the Galway Film Fleadh it sets a pair of working class teens on a cross country odyssey astride stolen bicycles. Chaos ensues.

The first teaser for this one has arrived in advance of the festival premiere and it looks like very fun stuff, kind of like what would happen if Shane Meadows were to direct a New Kids movie. Check it out below!

Do you feel this content is inappropriate or infringes upon your rights? Click here to report it, or see our DMCA policy.
ComedyirelandPeter Foottthe young offenderstrailerHilary RoseChris WalleyCiaran BerminghamAlex Murphy