Crowdfund This! THE RUMOUR MILL, Unique Animation From An Award-Winning Team 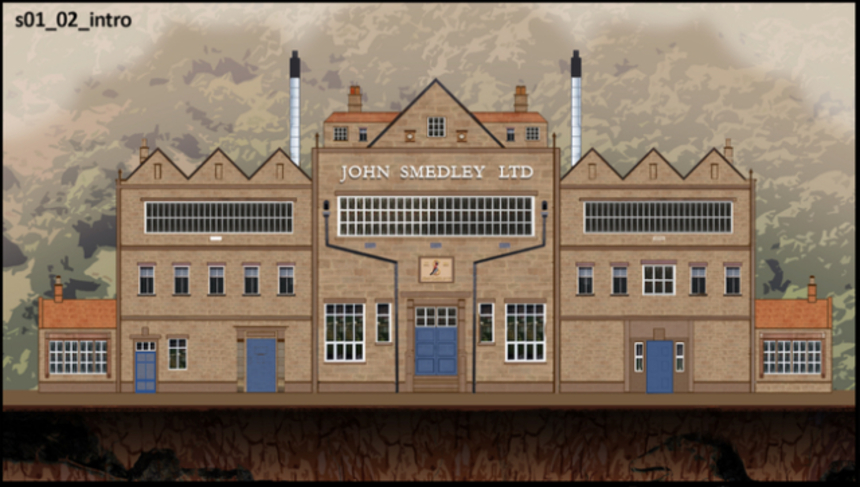 Award winning filmmakers Bexie Bush and Chris Hees have teamed up for an innovative new project and they’re looking for a little help to finish it off.

For a follow-up feature, The Rumour Mill, the pair have set up shop in John Smedley’s Mill in the beautiful Derwent Valley of Derbyshire, England. The mill where the film is being made is central to the aim of mixing creative storytelling with critical thinking in order to inspire debate around the future of energy. Producing a series of fantastic miniature sets and combining traditional stop-motion with a depth-enhancing twist that involves a mixture of pixelation, cut out animation and objects, the film has a truly unique look and feel. Here’s what the pair have to say:

“This film is about the beat of the Mill and how the objects and energies of the past can relate to our future. We can use animation to express imagined ideas through metaphor and imagery. The sets are designed and engineered to move and change to work interactively like a puzzle which can be resolved. The techniques all come together to add layers of depth, sometimes literally, and take an audience on a tactile journey as we hear the John Smedley’s staff discussing the future of energy, while the images take you through a visual story”

Bush, Hees and the team are close to completion of the film but because of the arduous animation technique, a little more funding is necessary for completion.

Check out the video below and if you like what you see and want to lend a hand, head over to the Indiegogo campaign page today!

The Rumour Mill - Indiegogo Pitch from Bexie Bush on Vimeo.

Do you feel this content is inappropriate or infringes upon your rights? Click here to report it, or see our DMCA policy.
Bexie BushChris HeesCrowdfund ThisThe Rumour Mill