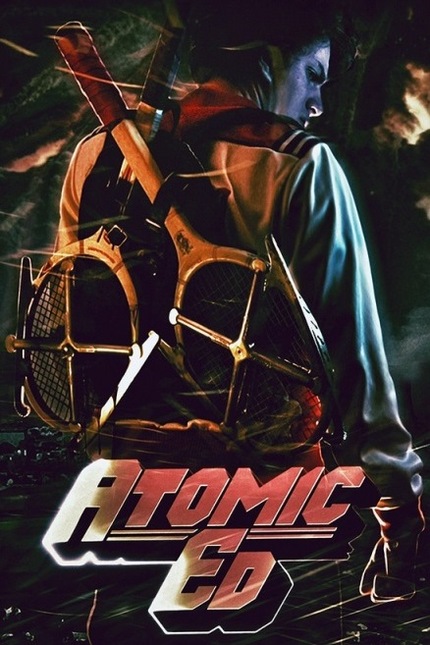 From what little I can glean from the announcement video on the Atomic Ed crowdfunding page, director Nicolas Hugon sees his main character as a modern MacGyver, and an outsider who is forced to step up when his small town is ravaged by unspeakable horror. As a filmmaker, Hugon says he loves gore and the supernatural, but also thinks cinema needs to be fun and promises Ed will deliver the goods.

Taking a page from last year's Turbo Kid, Hugon's film looks to carry an 80's flavour designed to tickle your nostalgia bone a little. Whether the esthetic carries into the final film as wholeheartedly as it does the marketing materials remains to be seen. The new retro wave movement emerged from France, so it may just be in the cultural DNA over there right now.

With only 11 days to go on the campaign, Atomic Ed still needs a lot of help to defeat evil and save his town. So the time to act is now, people!

Do you feel this content is inappropriate or infringes upon your rights? Click here to report it, or see our DMCA policy.
Atomic EdCrowdfund ThisNicolas Hugon

They might want to get some of that horror in the trailer. Right now it kind of looks like that kid's getting ready to shoot up his school or something.