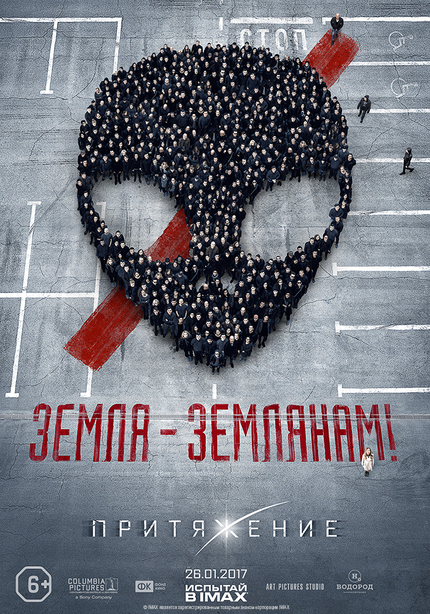 It was back in late April that a first teaser arrived for Fedor Bondarchuk's Russian science fiction film Attraction. With titles such as Stalingrad and 9th Company under his belt, Bondarchuk is pretty much the apex predator of the Russian film industry - when it comes to big, glossy, populist entertainment, nobody does it better - kind of like Michael Bay and Jerry Bruckheimer rolled up into one but with a better grasp of character. So new Bondarchuk is kind of a big deal.

His latest pitches a first contact scenario with humans and aliens meeting for the first time. And now that a second trailer has arrived it becomes clear that destruction comes with our visitors, though whether that be intentional or accidental is hard to say.

As with the first teaser this one focuses more on human characters to start things off before unveiling the VFX shots and I'm actually willing to wager that even the shots shown in this trailer are not fully complete just yet, as fun as they may be.

Story elements remain elusive but you can check out the new trailer below.

[Thanks to Sergey for the tip.]

Seconded. I do like that design a lot indeed!

And the alien, as well! Nice!

that poster is awfully reminiscent of the video game X-com 2 one...