Picture it: The early part of the 21st Century. Dial-up modems sing shrilly throughout our homes. Bush & Cheney plot and scheme like Batman villains. A young Canadian music and movie enthusiast starts a website to talk about the stuff he loves. Meanwhile, on the isle of Manhattan, the folks at Subway Cinema know they have something special on their hands when they became determined to get some of the coolest, weirdest and wildest contemporary Asian films to the Five Boroughs.

It took guts, gumption, a lot of pestering and some favors, but by golly, 15 years on and the New York Asian Film Festival is still going strong.

Running June 22 - July 9 at the SVA Theater & Film Society Of Lincoln Center, NYAFF has become an integral part of NYC's body cinematic. While we may be operating under a new name now, it has been our pleasure covering NYAFF for much of its run. And so... with that, Christopher Bourne and Dustin Chang, our featured critics and senior NYC writers, bring you a preview of what to expect over these next weeks. Rest assured, it's gonna be gonzo. It's gonna be gross. It's gonna pull at your heartstrings and kick you in the groin. Yes, it's gonna be NYAFF.


Dustin Chang and Christopher Bourne contributed to this story. 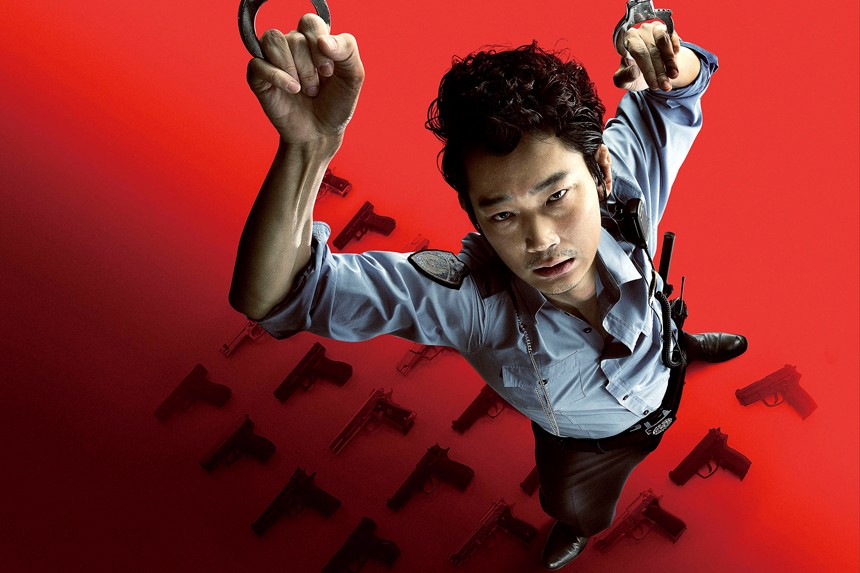 Kazuya Shiraishi's sprawling crime epic (based on a true story), having its world premiere as NYAFF's opening night film, is Sidney Lumet by way of Kinji Fukasaku, anchored by a sensational and appropriately outsized performance by the fest's Rising Star Award honoree Go Ayano.

Ayano plays Moroboshi, a detective who begins as a bowing and scraping rookie initially hired more for his judo skills than for any perceived aptitude as a cop. However, as he becomes initiated into the way things work in the Hokkaido PD of the 1970's, he becomes ever more corrupted, and the film charts his transformation through the following three decades. The line between cops and criminals is blurred to the point of nonexistence, and Moboroshi tragically becomes a convenient fall guy for the sins of the institution he joined. However, every tragic hero has a flaw, and Moboroshi's flaw us his eager embrace of moral corruption, and his gluttonous pursuit of the power, money, and women that come along with his deal with the devil. --Christopher Bourne

A hilly, labyrinthine shanty town in Seoul is perhaps the biggest star in Alone, a thoroughly intriguing Hitchicockian mystery by Park Hong-min. It starts out with a POV shot of our photographer protagonist Su-min (Lee Ju-won) on all fours scrubbing the blood splatter on the linoleum floor of his photo studio. Then we cut to him witnessing a woman bludgeoned by masked men from a faraway rooftop through his camera. The men notice him taking pictures, give him a chase and catch him. Then right before they kill him with a hammer, we cut to the next scene, where now naked Su-min wakes up at night in the same neighborhood. So begins his descent into a purgatory filled with suppressed childhood memories and guilt and shame of a ne'er do well artist.

Comprised with mostly a handful of long handheld sequences, Alone is an amazing feat from a technical standpoint. But its thin narrative stretches out a little too long. However, its Escher like intricate narrow staircases and alleyways are a site to behold as they reflect the mind-scape of our protagonist perfectly. As such it's a great intriguing puzzle piece by the first time director Park. --Dustin Chang 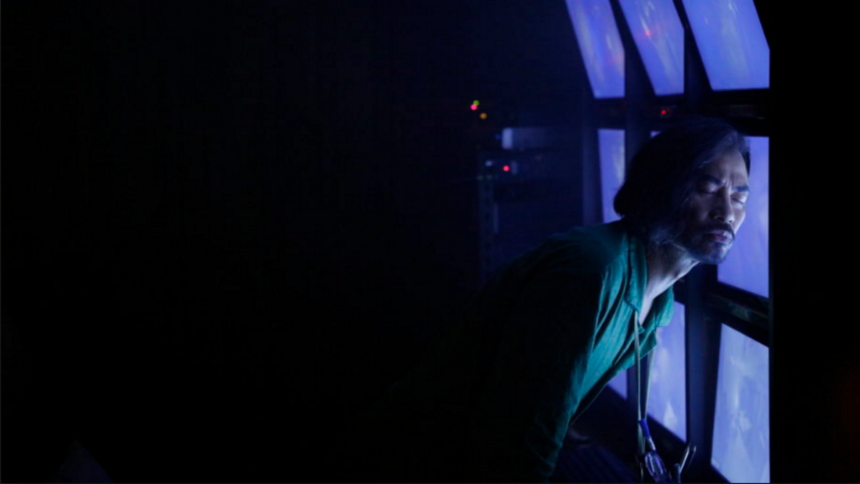 This sleek, black comedy, based on a book by Taiwanese celeb writer Giddens Ko (You are the Apple of My Eye, Cafe. Waiting. Love) about a passive peeping tom, quickly devolves into murder, mayhem, incest, sodomy, cannibalism, etc.

Hong Kong superstar Simon Yam, speaking Mandarin here, plays a landlord of an apartment complex occupied by- a divorcé with a young daughter, a haughty office worker, a P.E. teacher who loves her, a gay couple and an online gamer. Through hidden cameras in each apartment, the landlord monitors comings and goings of the each occupant with occasional sexual gratifications, but always from a distance. Everything changes when a comely mysterious new tenant, Yingru (Shao Yu-wei) moves in. With big bulky suit cases adorning the living room seemingly unpacked, Yingru's calm demeanor lures our landlord in to her apartment to snoop, only to discover her American Psycho style habits (complete with a clear plastic raincoat). They develop an unspoken understanding after she suggests him to set himself and others free from daily routine of ordinary life. So the landlord starts actively messing with the tenants' lives. Pitting them against each other in the most sinister, vile ways, he relishes in his god-like power. 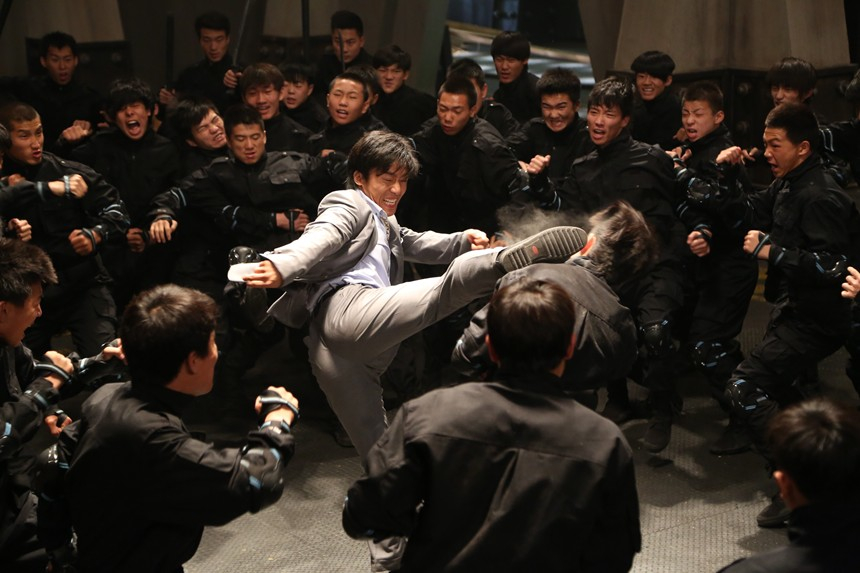 Yue Song brings the Jackie Chan model of the multi-hyphenate action film star - he wrote, directed, and starred - to mainland China in The Bodyguard (not to be confused with the recent Sammo Hung vehicle, which also plays this year's NYAFF), which is as much a throwback as his character Wu-Lin's 80's-style mullet and headband.

The film's plot involves ancient kung-fu fighting clans, secret martial arts techniques, and a revenge story; plot elements which are as standard as they come. But what Song may lack in originality, he more than makes up for in sheer energy, exuberance, and an endearing willingness to fully embrace the silliness of his characters and story developments. And anyway, the plot is little more than a thin tissue connecting his acrobatic fight scenes, none of which will disappoint fans of the genre. Once again, Jackie Chan provides the template. Not only does Song resemble a younger Chan, but he even includes the obligatory end-credits outtake reel demonstrating how much the artist is willing to suffer to provide cheap thrills for us in the audience. --Christopher Bourne 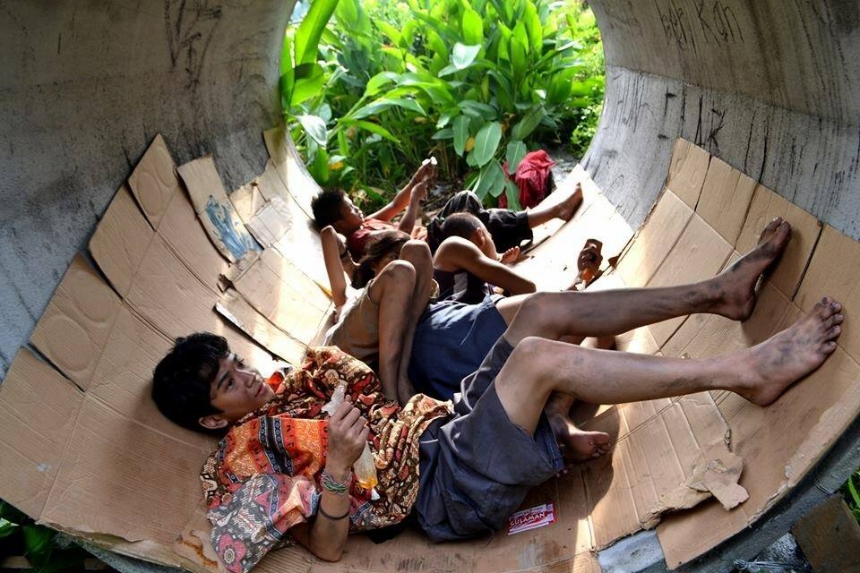 The kids subsist their living on stealing from drivers who are stuck in monstrous city traffic by distracting them as a team. After one such job, Jinky (Teri Malvar), the only girl in the group, gets taken by the angry taxi driver. Then another job cost them the life of Mo, the youngest. It's Rashid (Zaijian Jaranilla) who takes on the responsibilities of giving a proper burial to his friend. In the mean time, Jinky is pushed into a domestic servitude for the taxi driver and his always squabbling wife. But he has other ideas for Jinky to do. Jover concentrates on the strength and the resilience of these kids instead of depravity and ugliness of the streets. Shifting point of view affords Malvar and Jaranilla to shine in their respective roles. It’s a film with a huge heart that takes viewer to unexpected places. A great little film. --Dustin Chang 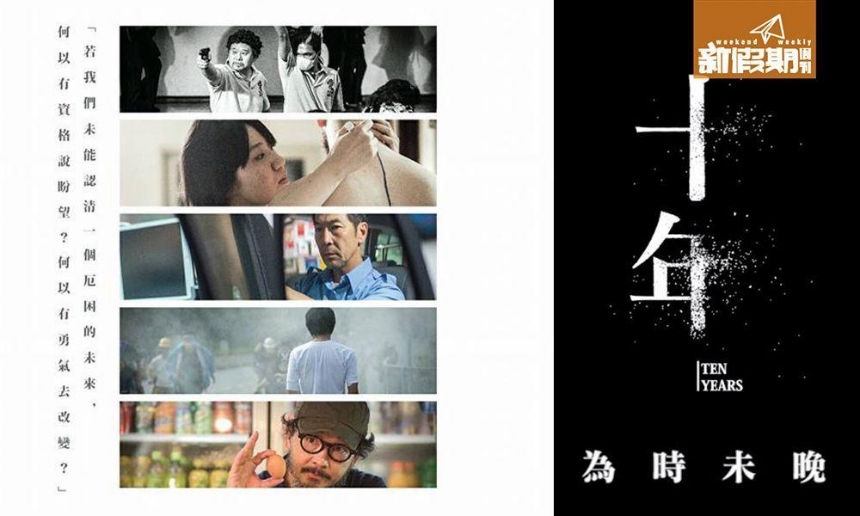 It's hard to believe the handover of Hong Kong from 150 years of British rule back to communist China took place almost 20 years ago, in 1997. As one of Asia's biggest economic powerhouses, the peaceful handover of HK signaled the beginning of China's rise to the global economic superpower status. So what happened to 7 million Cantonese speaking Hong Kongers? After initial jitters, things have been relatively quiet. So much so that the West has largely ignored and/or have forgotten the fact that it was as much a cultural annexation as a political, economic one.

Reflecting the uneasy mood of many inhabitants of HK after massive sit-in demonstrations against Beijing's restrictive electoral reform in 2014, known as Umbrella Revolution- a non-violent, pro-democracy protests, 5 filmmakers envision "what if" scenarios in varying degrees of plausibility in 2025 Hong Kong, where ethnic minorities are used as pawns for the political gain, a housing shortage pushes people into self-sacrificing artifacts, while speaking Cantonese is discouraged or worse, self-immolation is contemplated and acted upon as a political statement. Meanwhile, children start spying on adults.

Ten Years is a contemplative, sobering reflection of what Hong Kongers are feeling now. No wonder it beat out Star Wars: The Force Awakens at the HK box office last year and is banned in China. --Dustin Chang 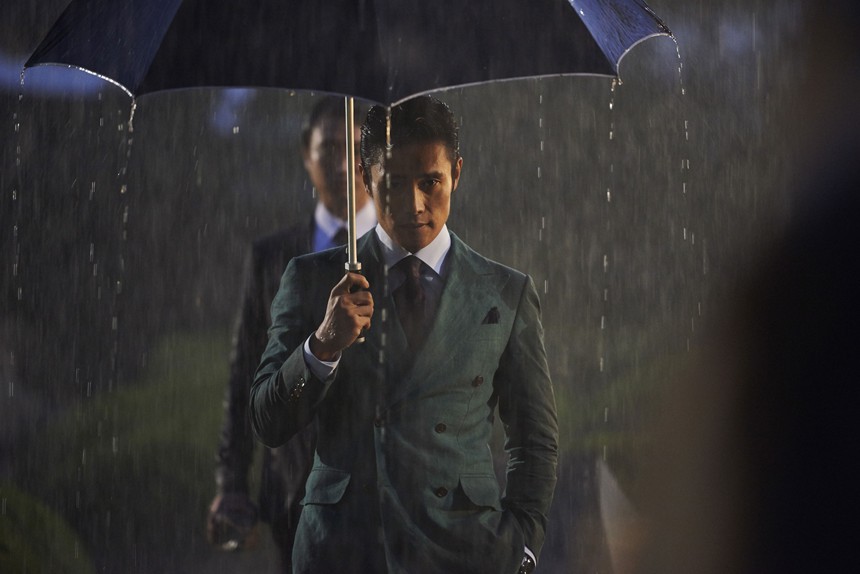 "This country is all about connections." So says one character about South Korea in Woo Min-ho's harsh, darkly violent muckraking feature Inside Men, which aims for nothing less than to drive a bloody stake into the heart of the corrupt vampire that is the collusion of government, mega-corporations, and mass media in a nexus of power and influence, forming a modern monarchy.

A seething indictment of the decadence and arrogance of those running the chaebols (family-run big corporations of Korea), which have a stranglehold over nearly every aspect of society, Inside Men vividly drives its points home through the fine work of its cast, full of Korea's most accomplished stars and character actors. One of the main stars, Lee Byung-hun, will be honored at NYAFF with a Star Asia Award. Lee delivers one of the great performances of his career as Ahn, a gangster who runs afoul of his chaebol and government bosses, losing a hand but gaining a massive thirst for revenge. -- 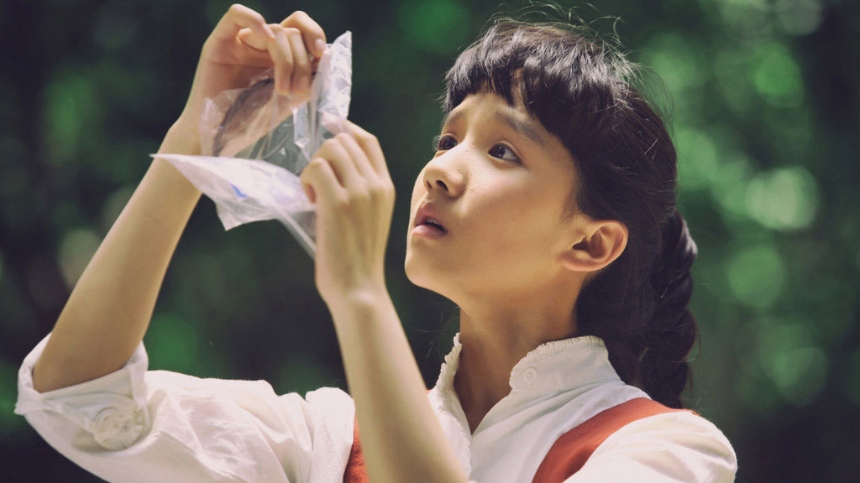 WHAT'S IN THE DARKNESS

The film is an interesting melding of a serial killer genre and a coming-of-age story set in the early 90s rural China. Su Xiaotong shines as Jingjing, a curious Middle Schooler on the cusp of puberty. While her college-educated, but ineffectual police officer father grapples with unsolved murders of women (possibly by a serial killer, marking his victims with a cross sign on their upper thighs) in their small town, Jingjing slowly learns about the opposite sex and how to behave in a society that is still steeped in old ways. It's the 90s China which is still a very conservative, authoritarian society where the country's one-child policy is bearing a new generation of bratty, insolent children.

With this complex backdrop, What's in the Darkness gives up being a police procedural in the middle since the police have no clue on what's going on. Instead the film concentrates on Jingjing's life, as she juggles school, working at an old folks home, attention from boys and her clueless parents. Comparisons to Bong Joonho’s Memories of Murder is unavoidable and it’s a hard film to measure up to. Minus some technical issues and pacing, the film is a commendable first feature by director Wang Yichun. --Dustin Chang

Do you feel this content is inappropriate or infringes upon your rights? Click here to report it, or see our DMCA policy.
Go Ayanoinside menNew York Asian Film FestivalNYAFFTen YearsYue Song