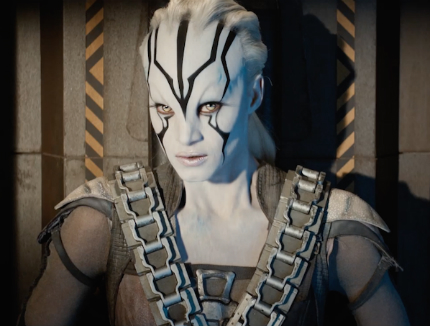 I have no idea what to expect from Star Trek Beyond.

Oh, I've been keeping up with the marketing and, especially, the trailers. The first one, released back in December, appeared to promise a "goofy adventure," as our own Todd Brown described it.

I wasn't completely on board, but the second trailer appeared to reassure longtime fans (including myself) that the ship would be sailing as normally would be expected. And now a new trailer has popped, which seems to harken back to the goofy nature of the first trailer (from a visual standpoint, at least), as well as acknowledge (in spirit) the sad, untimely passing of Anton Yelchin.

To be sure, Yelchin's Chekov has not been a major player in the first two installments of the rebooted series, and it doesn't appear that his character comes to the fore in Star Trek Beyond either, yet there's no denying that the new trailer has a certain mournful quality to it.

Or maybe that's just the new song by Rihanna, "Sledgehammer," which is featured in the trailer and plays toward both the goofy and the grievous side of things. Or maybe that's just me. The trailer is definitely worth a look, even if you're not a fan of the series or Hollywood blockbusters in general.

More about Star Trek Beyond