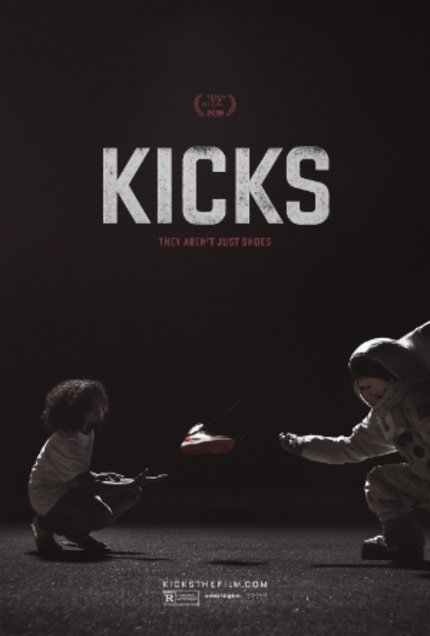 Heading to theaters on September 9 after premiering recently at the Tribeca Film Festival, Kicks is all about teens, life, and a stolen pair of sneakers.

In Justin Tipping's feature debut Kicks, nothing is as simple as it seems. Fifteen-year-old Brandon longs for a pair of the freshest sneakers that money can buy; assuming that merely having them on his feet will help him escape the reality of being poor, neglected by the opposite sex and picked on by everyone -- even his best friends.

Working hard to get them, he soon finds that the titular shoes have instead made him a target after they are promptly snatched by local hood, Flaco. Seemingly the embodiment of menace, Flaco harbors complexities of his own that will be revealed when Brandon goes on a mission to retrieve his stolen sneakers with his two best friends in tow.

The first, mesmerizig trailer debuted at Complex. You can watch it below.

Do you feel this content is inappropriate or infringes upon your rights? Click here to report it, or see our DMCA policy.
Christopher Jordan WallaceChristopher MeyerJahking GuilloryJustin TippingKofi SiriboeMahershala Ali