Crowdfund This: FLOW, An Action-Comedy Short That Looks Like Dynamite 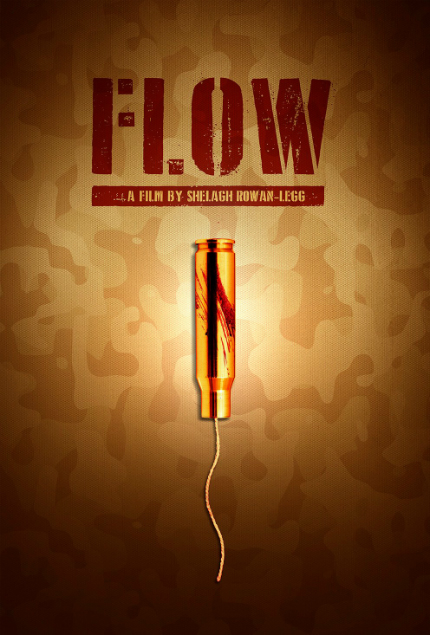 Our editorial and writing team at ScreenAnarchy includes several filmmakers, such as the multi-talented Shelagh M. Rowan-Legg. She serves here as critic and Associate Editor, but right now her focus is on her second short film.

Her first short, Measure, did quite well and her next will be an action-comedy, Flow. I am not involved in any way with the film, but I have watched the first video for her fundraising campaign, and it's one of the best such videos that I have ever seen (no hyperbole, and I've seen a lot).

You can watch the video (and learn more) at Indiegogo. Here's the official statement:

FLOW: An Action-Comedy, has launched an Indiegogo crowdfunding campaign.
Programmer for FrightFest and Associate Editor at ScreenAnarchy, Rowan-Legg is making her second short film, Flow. Produced by Jen Handorf (The Borderlands, Prevenge) and Alexandra Bentley (Last Showing), the film will be shot in the UK this August. The campaign goal is USD $12,000, and has already reached more than 30% of its funding.

Flow is an action-comedy film, featuring two women lead characters: soldiers on the battlefield, who must not only fight the enemy, but each other as well, in a heated argument about body functions that are hard to avoid. It's a story inspired by the great kick-ass heroines of genre film (Ripley, Sarah Conner, Zoe from Firefly, Brienne of Tarth, to name a few), and the work of amazing filmmakers such as Gareth Evans, Kathryn Bigelow, Lexi Alexander, and Joss Whedon.

Fantastic genre film has, in recent years, become a strong arena for women behind the camera, and the team behind Flow wants to make it even better. Especially as they are calling on crowdfunding to support the project, they wanted to make sure that it did something for the filmmaking community as well. With that in mind, not only is the film written, directed and produced by women, but also the crew will be almost entirely women.

The campaign has some amazing perks! There's a special thanks in the credits, a DVD copy of the film, a copy of the poster, and a hand-knit scarf made by Rowan-Legg, in the colour of the contributor's choosing.

Rowan-Legg has worked as a festival programmer for a decade, starting out at Toronto After Dark Film Festival (2006-2014) and now at FrightFest in the UK. She is a critic and associate editor for ScreenAnarchy, and a critic for Sight & Sound. She is also an academic, and her book The Spanish Fantastic: Contemporary Filmmaking in Horror, Fantasy and Sci-Fi will be published this autumn. Her first short film, Measure, has played at festivals around the world, including Stranger With My Face in Australia, Mórbido Fest in Mexico, and International Horror Hotel in the US, where it won Best Micro Short.

The campaign will run until early August.

Below is the first campaign video.