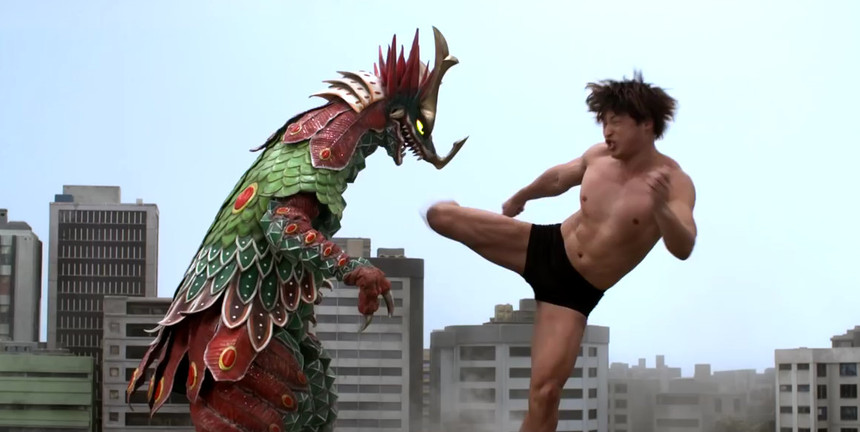 After a couple years out of the spotlight it would appear oddball Calamari Wrestler director Kawasaki Minoru is now well and truly back. It was back in November that we reported on his tokusatsu hero spoof Outerman and now, less than a year later, he's back again with man-in-suit kaiju film Giant Monster Mono.

A giant monster MONO appears from deep under the ground and starts preying on humans. As the man eating monster terrorize the city, a scientist changes human into a giant Titan in order to battle against MONO. A fierce battle between kaijyu MONO and Titan begins.

Starring opposite the giant monster is New Japan Pro-Wrestling star Kota Ibushi and the trailer promises to put his skills to use in full knock him down, drag him out style. Take a look below!

Do you feel this content is inappropriate or infringes upon your rights? Click here to report it, or see our DMCA policy.
calamari wrestlergiant monster monokaijukota ibushiminoru kawasakitrailer