Adventures in the Japanese Film Industry #1: Welcome / The Island that James Bond Forgot 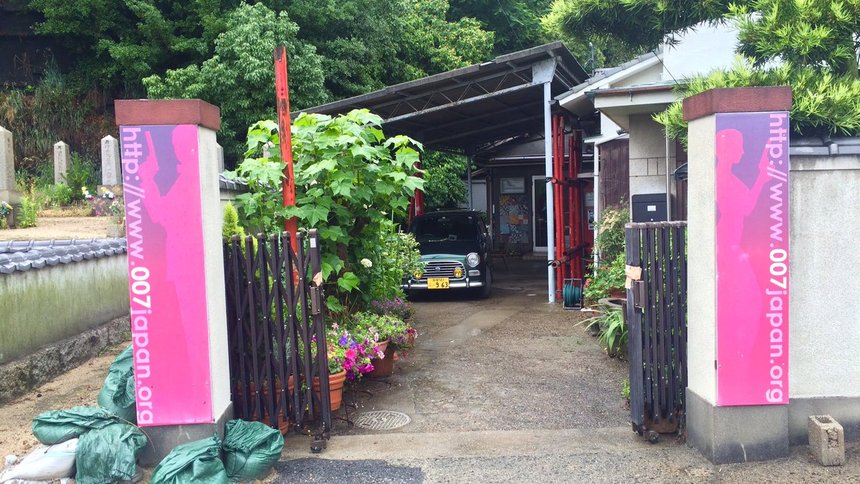 Welcome to the first post of "Adventures in the Japanese Film Industry."

"Adventures..." is a series of snippets from Tokyo, where I run a small film company (Loaded Films Ltd.) with my wife and have been involved in the industry for well over 10 years. I served as Japan correspondent for Screen International for 7 years and work as a consultant, translator and all around film factotum. We recently produced our first international co-production.

Todd Brown's concept for ScreenAnarchy as a place where "we write with you, rather than for you" intrigued.  I thought I'd try it out as a place to expand on my tweets, or touch on different topics altogether. As I've done via Twitter and my defunct blog (2000~2013 R.I.P.), I try to fill the gap between opinion piece, news, and rumours, offering factoids and a take on things you may not be able to find elsewhere. The film biz in Japan is pretty insular, so one has to be careful about what, when, and how to say things. So far, so good.

I took a trip this June to the island of Naoshima, in the Seto Inland Sea. The island is synonymous with art, offering the one of the most impressive groups of museums and outdoor sculptures I've experienced. "Benesse Art Site Naoshima" indeed. Far lesser known is the little museum pictured at the top of the article. The entrance to the diminutive building was festooned with faded James Bond-esque artwork, incorporating a URL for a now defunct website.

We walked right in, no entrance fee required, no staff on hand. Inside, the air was damp and funky. The collection of Bond paraphernalia -- props, posters, models and other bits and pieces -- while notable, felt frozen in time. That odd vibe made sense once we read about the true purpose of the facility.

In 2001, author Raymond Benson journeyed to Naoshima to conduct research for his sixth original James Bond novel, "The Man with the Red Tattoo." Since that day, and for the next decade, Naoshima residents fought tooth and nail to bring a Bond production to the island. Needless to say, the economic benefits would've been transformative. There was even a petition, with something like 80,000 signatures. The museum was campaign HQ, so to speak.

Sadly, it wasn't to be. Everyone seemed to throw up their hands in around 2011, and now a patina has set in. Keisuke Matsuoka published a novel in 2014 based on residents' grassroots efforts with the blunt title 「ジェームズ・ボンドは来ない」 ("James Bond is Not Coming").

On the bright side, as of this writing there is apparently a more comprehensive effort underway to bring Bond back to Japan, but the "The Man with the Red Tattoo" may have to wait an eternity before paying a visit to the beautiful island of Naoshima...