TANK 432: Check The Trailer And Poster For Wheatley Produced Thriller 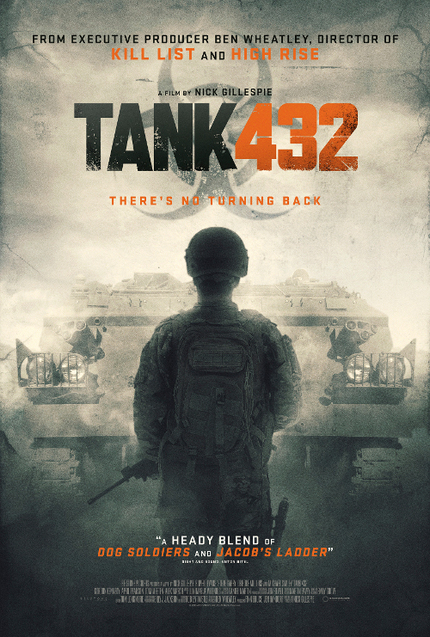 Kill List and High Rise director Ben Wheatley takes on an executive producer role for upcoming UK thriller Tank 432 from director Nick Gillespie. Gillespie and Wheatley's relationship is a long one with Gillespie having served as part of the camera crew on seemingly every Wheatley project since Kill List, making Gillespie a pretty key contributor to Wheatley's distinctive visual style.

On the run and with nowhere to hide, a group of soldiers and their two prisoners take cover from a mysterious enemy inside an abandoned military war tank. Whilst they try to keep the forces outside at bay, secrets are uncovered and little do they realise the real enemy is already among them, locked inside Tank 432.

Rupert Evans and Michael Smiley star and UK distributor and sales agent Kaleidoscope will be screening the film as part of the upcoming Marche du Film in Cannes prior to a UK DVD release on the 22nd of August. Take a look at the trailer below!