Review: PHANTOM OF THE THEATRE, A Movie Plagued By Ghosts 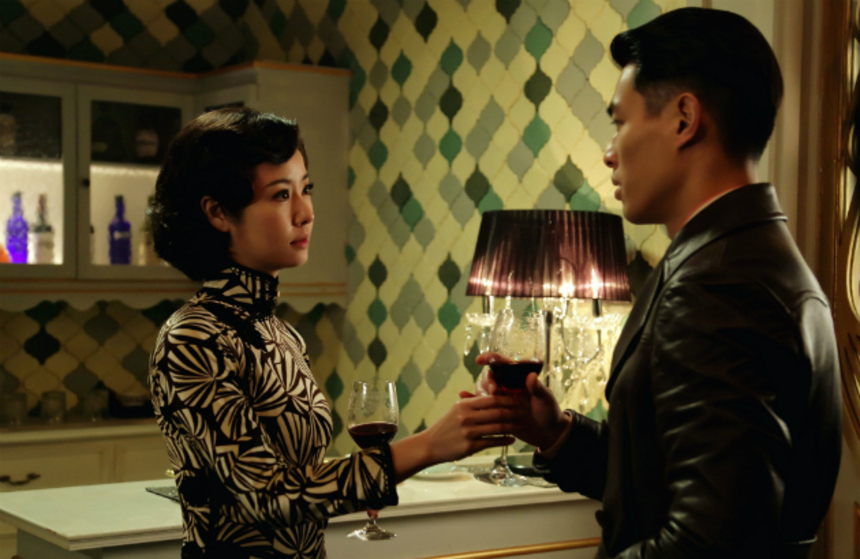 Elegantly mounted and gorgeously shot, Phantom of the Theatre is a stuffy ghost story from China that fails to be as haunting as its premise.

Borrowing elements from Phantom of the Opera, the new film is set in Shanghai in the 1930s. (A musical version of Gaston Leroux's novel opened in Shanghai in 2003.) Rather than an opera house, it's set in a movie house that has been closed for some 13 years, ever since a fire swept through the theatre and killed members of an acrobatic troupe that was performing there.

Gu Weibang (Tony Yo-ning Yang) has recently returned from studying filmmaking in France and wants to make his directorial debut with a ghost story. He seeks the attention of a leading actress at a film awards ceremony, but it's rising starlet Meng Si-Fan (Ruby Lin) who catches his eye instead. Their paths cross again later that evening when Weibang helps Si-Fan make a graceful exit from a lecherous investor named Tang Shi-Yao.

Si-Fan agrees to star in Weibang's film and production begins at the abandoned movie theatre. On the first day of shooting, however, an incident claims someone's life and it immediately appears that rumors of angry ghosts in the building are proving true. Will the ghosts keep the film from being completed? And are the ghosts angry at anyone who invades their property, or do they have specific targets in mind? Because China imposes limitations on superstitious content, screenwriters Manfred Wong, Hani Li and Sakura Yang dance around the subject. Though the first scene of the movie features an apparent attack by ghosts on an unsuspecting intruder -- he's a victim of spontaneous combustion and all his insides burn up -- all the principal players loudly proclaim that they don't believe in ghosts or other superstitions.

When Si-Fan begins having nightmares about apparitions in the night, they go away promptly once she wakes up. When accidents occur on the set, they're just accidents, even though ghostly figures appear to be watching from a discreet distance.

As the script works overtime to provide rational explanations for the supernatural proceedings, the focus shifts to the relationship that develops between Weibing and Si-Fan. Weibing has a girlfriend, forensic pathologist Dr. Phyllis Fei (Huang Huan), but when he's forced to take over the lead role as well as directing, his attention turns more squarely on Si-Fan, who appears to be extremely vulnerable because of the ghostly visits she's been receiving.

Meanwhile, Weibing is plagued by his own ghosts in the form of his father, Commander Gu (Simon Yam), a warlord who is cold and distant toward his son, even though they had a much warmer relationship when Weibing was younger. What caused the change? It's not clear.

Director Raymond Wai Man Yip teamed with his stars and producer before for the horror movie The House That Never Dies (2014), which was a big success at the Chinese box office. His career as a director dates back to the mid-1990s, and though I've only seen a few of his films (For Bad Boys Only, City of Desire, Beauty and the Breast, The Warlords), he's impressed as someone with a distinctive visual style.

In the film at hand, Wai favors graceful tracking shots that showcase the sets and costumes, and keep emotions at a distance. That style works well with historical dramas, but it lacks the punch needed for a horror movie that's never frightening and doesn't really believe in ghosts, anyway. Phantom of the Theatre could have overcome those challenges if its more grounded dramatics weren't so flatly presented.

While pretty enough to admire, Phantom of the Theatre never catches fire. It aims for a mournful tone and achieves it, though probably not in the manner intended by the filmmakers.

The film opened last weekend in China and was badly outpaced by Finding Mr. Right 2. The ghost story will open at select theaters in the U.S. on Friday, May 6 via Well Go USA.

Phantom of the Theatre

More about Phantom of the Theatre