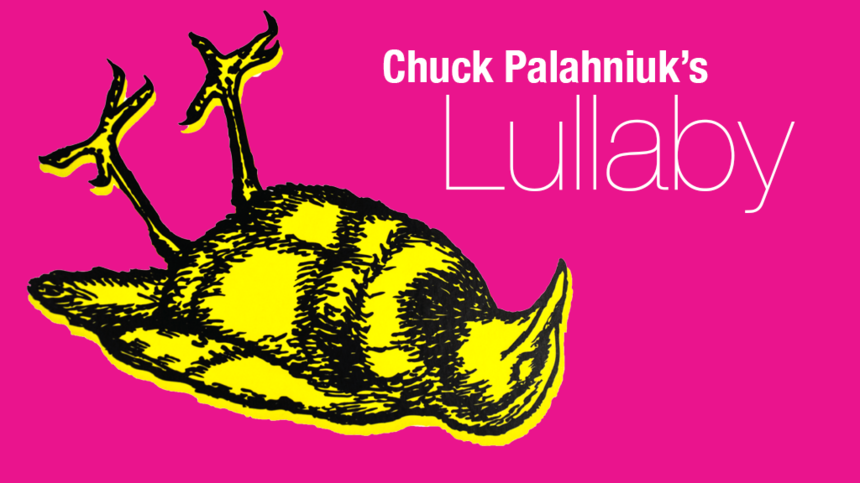 Chuck Palahniuk´s Lullaby is poised to become his latest work to hit the big screen with a  crowd-funding campaign eyeing to raise at least $250 000 to see the world´s unlikeliest serial killer on the screen. Lullaby - written to help the author to cope with the tragic death of his father - was published between medically-laden sex addict satire Choke and confession of the “desperate” artist in Diary.

All the way back in 2008, Palahniuk revealed Swedish director Rolf Johansson was set to adapt Lullaby which should have hit screens in 2010. Film productions are notoriously whimsical so it is no surprise that Johansson is no longer helming the project. The project is being currently developed by Portland based independent director, Andy Mingo, who already adapted Palahniuk short story Romance (available on Vimeo) with Josh Leake producing the project. Palahniuk himself is directly engaged into the adaptation, co-writing the script and having an executive producer´s chair on the set.

The creators are ready to jump into production the minute the project gets funding. Principal photography is expected to take 27 days in late 2016 in Oregon with post-production scheduled throughout 2017. Although $250 000 is the lowest threshold to get the project of the ground -very much a shoestring budget - the creators are optimistic, listing several variations of the film based on the final figure: $500 000 for a low-budget film, $1M will get medium budget, $2,5M secures indie treating and finally $ 15 M will buy a Hollywood option. “The more money we get, the more experienced and recognizable the actors become“ state the creators in the campaign.

The filmmakers are applying for a film rebate and film incentive for Oregon filmmakers that will enable them to spend 120% of every dollar raised. To boost the money influx, the filmmakers are turning primarily to Palahniuk´s fans and readers, a natural step to ensure the financial ground of the project, having the writer release an origin story leading to the novel  Choke for backers. Furthermore, for as little as $40 contribution, donors can become “a virtual producer” being “able to vote on various aspects of the movie during the production stages”. It sounds too good to be true, especially in case of structured story and tightly scheduled shooting. Although, the concept is alluring and pioneering, it depends on how much variability will filmmakers enable, whether it will be the color of grimoire or more substantial decisions.

Even though Fincher's take on Palahniuk with Fight Club has cast a big shadow on all following efforts, having indie filmmakers from Portland to tackle the source material sounds just right. Lullaby follows Mr.Streator, a journalist who accidently memorizes a culling song (Andy Mingo: “Well the problem with the culling song is that if we write the culling song it will kill the audience... So we'll be looking to render it with visual f/x and audio design“), a circumstance that eventually complicates his life due to his almost inadvertent and compulsive wielding of the song. No less interesting is another character leading the secondary plotline, Helen Hoover Boyle, a female shaman with real estate. The novel spreads from the topic of sudden infant death syndrome to poltergeists in houses to be sold. Lullaby echoes Palahniuk´s earlier novel Invisible Monsters in the genre of road story and his take on nuclear family in Pygmy. The crew on the road to fulfill “mesianistic-tinged” quest consists of Carl Streator and Helen Hoover Boyle, as the parental figures and Helen´s assistant Mona Sabbat, A Wiccan enthusiast, and her eco-terrorist of boyfriend, Oyster occupying the backseats.

Palahniuk´s himself seems to be opening a new chapter in his prolific career. Just recently, he returned to his international breakthrough Fight Club with a graphic novel sequel set ten years after the events of the novel, written by Palahniuk with art by Eisner award-winning Cameron Stewart. The novelist confessed “…my screenwriting is vastly improved since writing for comics. It horrifies me how much dialogue I used in my early books. Gesture is everything.“. The medium of graphic novel seems a fit choice also due to Palahniuk´s rising status in popculture even though the creators of the crowd-funding campaign say “Chuck doesn’t write for mainstream audiences“.

The project can be supported on Kickstarter.