Cannes 2016 Review: THE HANDMAIDEN, A Breathtaking And Twisted Lesbian Thriller 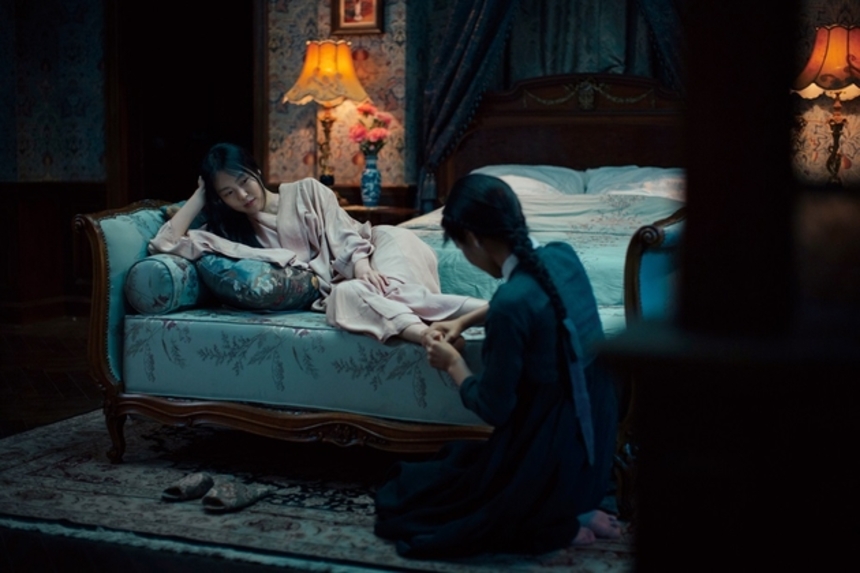 Following his Hollywood foray Stoker, Park Chan-wook returns to (mostly) home soil for his sumptuous and sensual adaptation of Sarah Waters' Fingersmith. Transposing the novel's setting from Victorian England to 1930s Korea and Japan, when the former was a colony of the latter, The Handmaiden is a deeply engrossing, highly sexual and at times darkly humorous tale of female sexuality brought to life in spectacular fashion.

The Handmaiden begins when a conman who goes by Count Fujiwara employs the help of Sook-hee, a lowly pickpocket, to swindle a wealthy, lonely heiress. The plan is for Sook-hee to become the woman's maid and slowly convince her to marry Fujiwara so that he may elope with her and subsequently make away with her fortune. Split into three sections, the story unfolds through multiple points of view and when the scheme doesn't go according to plan and a bounty of hidden truths slowly percolates to the surface, the story takes a series of unexpected turns.

Closest in tone to Thirst among Park's work, his latest takes the complexities of its source material and crafts them into a dizzying concoction of desire and depravity. Though less violent than his other films, the charged sexual tension, otherworldly tone and claustrophobic atmosphere drawn from the film's primary location - a cavernous mansion steeped in shadow and secrets - turn the film into a sinister sizzle pot that proves just as unnerving as other high points in the director's career.

Over the years, Park has been championed time and again for his rich visuals, yet with The Handmaiden he has outdone himself, teasing some career-best work from his ace production crew. Ryu Seong-hee, who gave us Oldboy's memorable patterns and the slick locales of A Bittersweet Life, combines a wealth of old-world styles, both Eastern and Western, to craft the ornate and densely-decorated rooms of the mansion, affording them an ethereal beauty and didactic chill.

Cinematographer Chung Chung-hoon, whose pristine Stoker lensing has landed him other Hollywood gigs such as Me And Earl And The Dying Girl, swoops his camera through the halls, creeping between and around the characters. Whether introducing Sook-hee through a distorted wide-angle shot at the back of a carriage or moving back and forth along a complicated tableau of characters jostling for position within the foreground and background, Chung's command of the film's visual polish is masterful and intoxicating.

Throw in Cho Young-wuk's excellent scoring and the inventive and surprising editing of Kim Sang-bum and Kim Jae-bum and The Handmaiden's mise-en-scene amounts to something truly breathtaking. Even off the set the film is a marvel, whether its characters are climbing a mossy staircase in the forest or sharing secrets in a tunnel of intertwined branches.

Leading the cast as the titular handmaiden is newcomer Kim Tae-ri, who dazzles in a role that showcases her strength, guile, charm and natural flair for comedy. Opposite the seasoned performers that make up the cast, her role is a daunting one, not least because of the ample lesbian sex scenes, yet she pulls it off like a natural.

Following her acclaimed turn in Hong Sang-soo's Right Now, Wrong Then, Kim Min-hee has also made a bold choice pay off with The Handmaiden, evoking the heiress' outward vulnerability and concealed shrewdness through a subtle portrayal. The Yellow Sea star Ha Jung-woo is also on point with his debonair and conniving count, while Cho Jin-woong oozes perverted malice as the man of the manor following his deliciously crooked villain in A Hard Day. Moon So-ri is also terrific in a deranged cameo.

Some may balk at the film's narrative complexity and libidinous exploration of female sexuality, but anyone looking for something new - and willing to employ a little patience - will find a plenty to love in Park Chan-wook's latest, a film sure to yield additional returns with repeat viewings. Beyond its freakish pulchritude and giddily outré genre elements, The Handmaiden has also borne witness to a bright new star in Kim Tae-ri.