WTF Is This? Turkey Goes Bollywood In BIR BABA HINDU 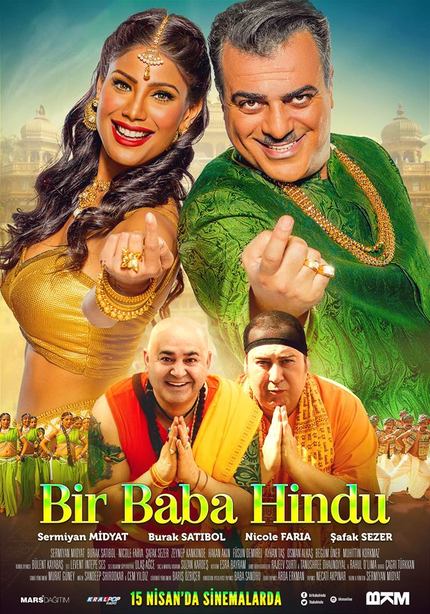 In my years following the cinema of India, from big budget blockbusters to no-budget crapfests, I've seen some weird shit. However, nothing from India has come close to preparing me for the mind-bending collision that is Turkey's Bollywood-style musical comedy Bir Baba Hindu (The Hindu Father).

There is zero information on this film in English as of yet, but Google Translate (a friend of ScreenAnarchy since the early days of Directors Drunkenly Review Their Own Films), was able to glean the tiniest bit of info from the official synopsis of the film on Facebook.

A comedy extending from Turkey to India ! Fadil went to Mumbai after telling the story of the girl he was in love with a Hindu father , laughter in the audience of India's colorful streets brings a never ending adventure . Fadil rejected all opportunities for the sake of love weird and funny situations that fell from the story also demonstrates the power over the audience.

-Wrote , directed and co-starring Sermide by the staff of the construction of the Midyat undertaken in 2010, India and Miss World selected Nicole Faria as well as John Satıbol , Şafak Sezer, Füsun Demirel , Zeynep Kanko in , Hakan Akin Bulent Kayabaşı there . including a song which she writes lyrics and music for the first time Sermiyan Midyat a Hindu father , with the dance scene promises a cruise to remember the audience.

On second thought, that might have just made it worse...

Oh well, you really just have to see it to undertstand. Bir Baba Hindu stars Indian beauty queen and 2010 Miss Earth winner Nadia Faria, who apparently (according to Google translate) wrote a song for the film. I really hope she's responsible for "Don't Touch My Cow".

Just watch, it's like staring into infinity, you may never return...