Once an anomaly in the Danish film industry for his love of genre oriented film, Nightwatch helmer Ole Bornedal's tastes have become far more mainstream not because he has changed himself but because the Scandinavian nation itselt has become far more embracing of thrillers and darker fare in recent years. Ironic, then, that due to the pursuit of some English language projects that never got off the ground and one massive Scandinavian TV series that did, it has now been a whopping seven years since Bornedal was last on cinema screens with 2009's stellar Deliver Us From Evil. But he's on his way back now with what sounds like a deliciously dark comedy with Small Town Killers.

The film tells the story about two tradesmen, Ib and Edward, who are tired of their lifeless marriages and dream of living the good life using the stash of money they have earned moonlighting for years. After a huge fight with their wives the two men get drunk and hire a Russian contract killer to do a hit on their spouses. But they have badly underestimated their wives, and this becomes the start of an absurd journey where Ib and Edward to their own horror end at the top of a kill list.

Nicolas Bro and Ulrich Thomsen step into the lead roles opposite Lena Maria Christensen and Mia Lyhne, and with principal photography begun back in February - so now presumably wrapped - the first image has been released. Check it out below, and remember you can click to enlarge. 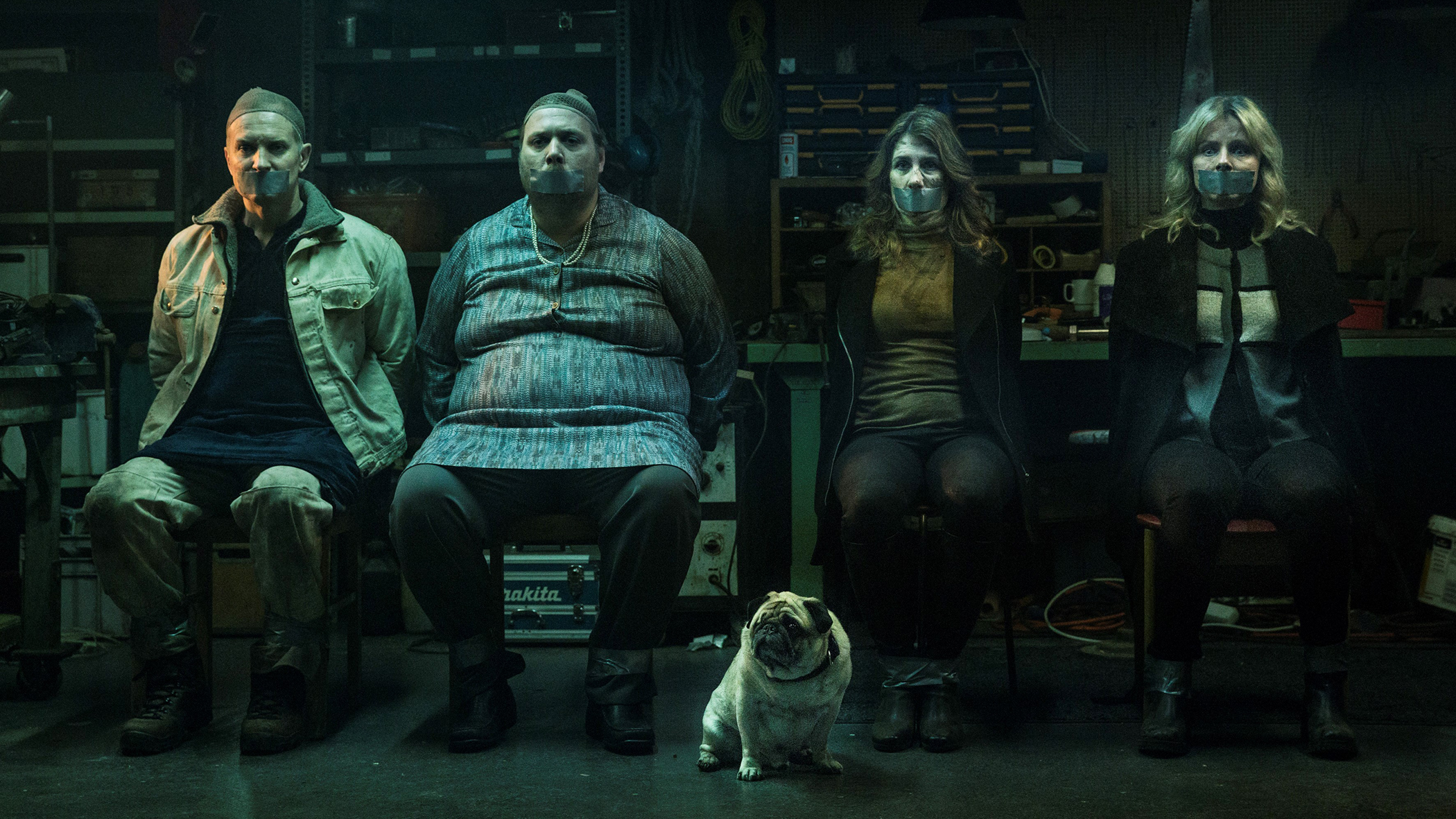