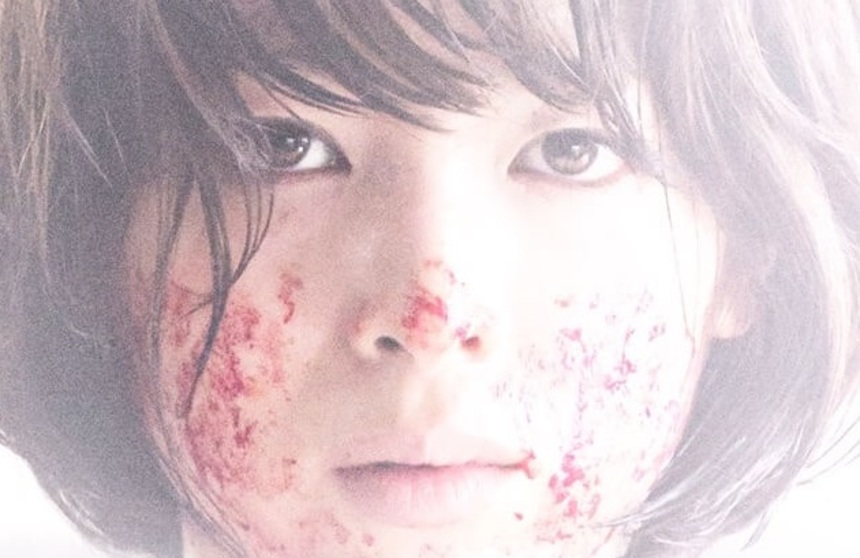 One cannot help but wonder what would happen if Japanese director Oshii Mamuro would ever decide to make a straightforward action film. Whether he is doing anime like Ghost in the Shell or live-action like Avalon, the man is rightfully legendary for his action scenes, which are often iconic, and have been endlessly copied worldwide. A self-confessed gun nut, he combines incredible body movements with heavy metal fan-service like no other.

It has therefore always been incredibly frustrating that he never seems particularly interested in making a straightforward action film, being more attracted to slow philosophical musings. More often than not his films turn out to be an acquired taste, and this has never been more obviously apparent than in his latest live-action film Nowhere Girl, which played at the Imagine Film Festival in Amsterdam last week. James Marsh included the film in his "Best Asian films of 2015" list, which brought my expectations up a good notch. Oshii may be hit-or-miss, but when he hits, he hits me hard. But in that article James warned readers about the film having a slow start, and holy cow, he wasn't lying! In Nowhere Girl, we follow a girl in an art school. Having been diagnosed with a severe case of PTSS, she is being given preferential treatment, being allowed to leave classes and work by herself on some strange "art object", an activity which will hopefully heal her.

The teachers and her fellow students are increasingly annoyed with her disruptive presence, and (fairly) argue that she should be in a hospital, not an art school. Tension builds, and so do the incessant earthquakes which keep shaking the buildings.

As for the girl herself, she walks around as if in a drugged stupor, complaining she cannot sleep, not able to remember exactly what it is she should be doing. Why is she there? What happened to her? How did she get her physical and mental wounds? And more importantly, what will happen once she remembers?

Fans of Oshii Mamoru will by now have recognized several of his favorite tropes, and will recognize many more once they see the film. The secretive female protagonist, the unreliable perception of reality, ambivalence, the ever-present hints at Japan being involved in a war of sorts, critical views on complacency, damaged art, the eating of food... it's all here. I do not recall seeing a Basset hound; it probably is there, but in my opinion it is Oshii's least interesting signature so I may have forgotten about it.

Also there are a Tarkovskian slow pace and a kick-ass action scene, and the contrast between these may be Oshii's greatest achievement, his biggest rug-pull move since we saw the last game-level in Avalon. For after nearly seventy minutes of running on mystery vapor, Nowhere Girl suddenly treats its viewers to an incredibly brutal fight which could have come straight out of The Raid. We're talking tendon-slashing, bone-crushing, bayonet-to-bazooka-wielding level kind of violence here. It's very fast and shockingly furious.

The posters and virtually all pictures of the film point to this short-but-great sequence, and it is frankly mis-selling the film as an action spectacle, something it very much is not. At the festival, Nowhere Girl ended at the bottom end of the ratings, mimicking its IMDB score of just above six. Yet even most of the haters I spoke with praised the film's violent scenes, make of that what you will.

Once again, Oshii Mamoru has made a film which is mostly for himself, treading ground he has covered before in other (and sometimes better) films. But as his reality-addled puzzles go, this one is actually pretty straightforward, and not too hard to solve. Most fans of his work will probably be pleased. I sure was, and am very happy to have seen it in a cinema where it could get my full attention. It's a good thing I wasn't very tired when seeing it though, for if I had fallen asleep, I would have received a rude awakening indeed.