Debuting at the Sundance Film Festival earlier this year, Swiss Army Man quickly became known as "the farting corpse movie." That reputation is earned, according to our own Jason Gorber. In his review, he stated in part:

"I described the film as the Citizen Kane of fart joke movies, and I stand by that claim (that would make Blazing Saddles the Birth of a Nation of flatulence flicks if you're playing along at home). I would hope that there are a bunch of you reading this that will go into the film cold knowing nothing other than the fact that, yes, there's a lot of farting, and yes, it's kind of amazing how they use bodily gas in an almost symphonic way, with loads of colours and textures, crescendos and diminuendos, all erupting into a symphony of sublime silliness."

In that spirit, please note the poster and trailer below. Swiss Army Man, starring Paul Dano, Daniel Radcliffe and Mary Elizabeth Winstead, will open in select U.S. theaters on June 17 via A24 Films. 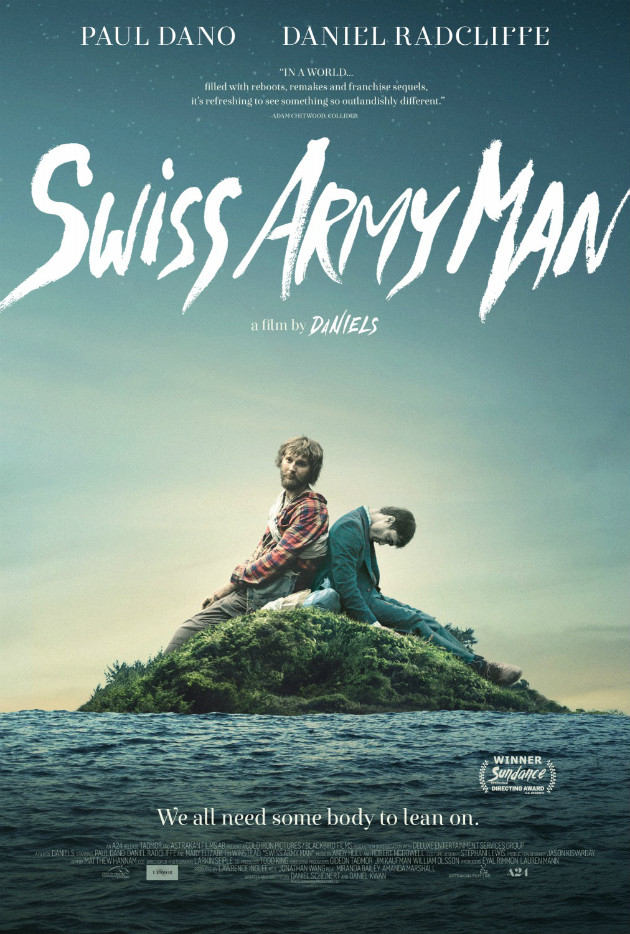 Do you feel this content is inappropriate or infringes upon your rights? Click here to report it, or see our DMCA policy.
Daniel KwanDaniel RadcliffeDaniel ScheinertDanielsPaul Dano