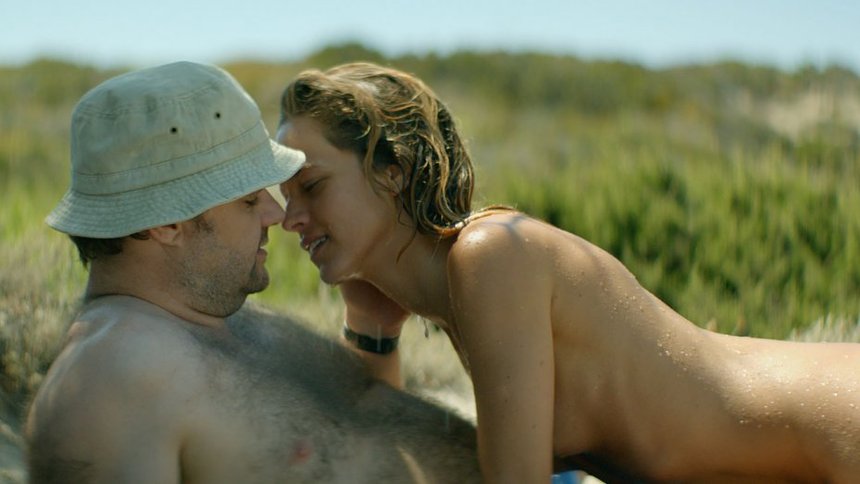 Greek cinema had a successful run last year reminding us of the cinematic deluge from Hellenic peninsula we had started to refer to as the Greek New Wave. Besides the already known personalities with international credentials - Athina Rachel Tsangari and Yorgos Lanthimos - other Greek filmmakers sprung up to tease our visual receptors. Just to name a few, Kyros Papavissilliou´s Impressions of a Drowned Man a ghost-story/myth executed in the hypnotic poetics of pittura metafisica paintings, noirish Wednesday 04:45 an impressive genre take on the topic of economic crisis byAlexis Alexiou, Syllas Tzoumerkas´ frenetic drama truthful to its name, A Blast and the list keeps rolling on. Whatever situation prevails in Greece film industry, the roll-out rhythm of new films might be maintained also this year which kicked off with Suntan directed by Argyris Papadimitropoulos.

Where Wednesday 04:45 combines crime conventions and topics of hard-hitting economic crisis in a family drama setting to produce a fairly enjoyable thrill ride, Suntan adheres to genre codes with juicy knack for subversion acknowledged by the director labelling the film coming-of-middle-age. The recent proliferation of the coming-of-age genre may be partly attributed to the current trend of young adult fantasy adaptation coming out of Hollywood while filmmakers on the old continent tinker with the genre as well. One European strand criss-crosses through the territory of feminism with, for example, Lisa Aschan´s toying with western iconography while tackling the theme of female sexual maturation in She-Monkeys or Jannicke Systad Jacobsen embracing female teenage horniness to the fullest and funniest in Turn Me On, Goddammit, a Norwegian take on female American Pie minus the gross-out scenes.

Todd Solondz´s recent anti-rom-com Dark Horse - an anti-thesis to growing-up and maturation -  marks another radical coming-of-age genre revision. And common traits can be easily identified between Suntan and Dark Horse, however Papadimitropoulos wields considerably less alienating humour and the sun-bathed beaches brimming with chilling happy-go-lucky nudists provides the sheep clothing for bittersweet dramedy protruding its tentacles into the darker recess of the male psyche.

Suntan employs the template of the boy meets girl – boy gets girl formula although Papadimitropoulos does not revise the formula per se as much as merely nudging the angles to conjure up a boy meets girl gone awry scenario. Dr. Kostis arrives on the island Antiparos where the totality of the local economy depends on tourism peaking in the summer months. He is taking up a recently vacated post of town doctor for a rather small community. Having the best years behind him and on the brink of a middle-age, he is a perfect example of the man-child.

Totally unfit and thus striving to assimilate among the locals his machismo and excessive pussy-talk cranks up the levels of his social awkwardness. The naivety of Dr.Kostis makes a fish-out-of-water of him and the awakening from asexuality leads him to go a bit bananas and the environment of alcohol-fuelled and loose-moral parties only facilitates the awkwardness.

The unhurried medical routine snaps after energetic young seductive blonde Anna crashes into his office along her gang of foreign friends, teasing and ridiculing the chunky doctor with receding hair. He reads her dissolute demeanour as a subtle advance and tries to accommodate himself among the carefree commune of hippie youngsters.

Unused to reading female body language and assessing social situations, Kostis quickly builds a cringe-inducing obsession that forces him to act like a 40-year old virgin. In the social, cultural and generational clash of worldviews and values, fooling around versus the love of life, Kostis becomes a borderline grotesque fool, prey of his own ingeniousness and lack of social skills.

During the whole time, the protagonist seems to be oblivious to the fact he is supposed to exert Hippocrates´ craft in the small temporary paradise, a fabricated mirage to blow steam off and clear head and body as a holiday getaway. The mundane reality transforms completely with the approach of summer season and the director makes great use of juxtaposing both worlds vividly, on- and off-season, in an anticipation of doctor´s (bad) romance, an anti-rom-com verging on the same self-delusion as Abe´s out-of-blue marriage with manic-depressive Selma Blair in Dark Horse.

Not entirely a caricature though brushing shoulders with it at several occasions, Suntan´s director - as did Solondz - fidgets with the genre and story preconceptions, rewiring the codes to carve out different result. In the process, they both invert genre tropes to draft a peculiar character study. Solondz´ naive nerd becomes an ambiguous protagonist. Papadimitropoulos´ doctor doesn´t bear the wide-angle traits that could be associated with a larger social group however he is an intriguing specimen for psychological observation as his jolly naivety topples into a sort of menace, revealing the dormant potential of monstrosity.

The chemistry between a series of antipodes – the protagonist´s age-difference, daylight life versus nocturnal partying, mundane reality versus holiday reality – illustrates the discrepant wavelengths both characters are tuned on. The obvious incompatibility resembles beauty and the beast as the doctor´s potbellied physique of the loveable harmless fool starts slowly denoting out-of-control brute in an outburst of childish possesion, a mania driven to obtain the object of desire by any means necessary.

The Greek director has already dipped into the generational chasm in his previous directorial venture Wasted Youth to confront the completely different perspectives the young and middle generation have in the same country, a concept elaborated in Suntan. Social implications were major factor in Wasted Youth and Suntan is not an exception, however the notion of Greekishness or a collective portrait has fairly distinct form.

The Greek filmmaker Syllas Tzoumerkas, the chronicler of contemporary Greek society as captured in Homeland and A Blast, co-wrote the script (and also lands a minor role in the film) and it seems as these elements come from his pen. Even though the centrefold of the plot is Kostis, the setting where his torturing pseudo-romance unspools is not arbitrary. The-Greece-is-the-new-Ibiza is not a only running and throw-away gag but profounder, and nonetheless satirical, stab at the Greek society and their self-perception moulded by economic crisis and political turbulences. Even though this social plane of the film goes underplayed in terms of shining a spotlight on it, the almost latent presence makes it even more subversive and the correlation between Kostis´ portrait and the portrait of society works in symbiotic harmony of grotesque hidden in the plain sight of the films overburned and crisp (sun)light in a parody of feel-good holiday comedy.