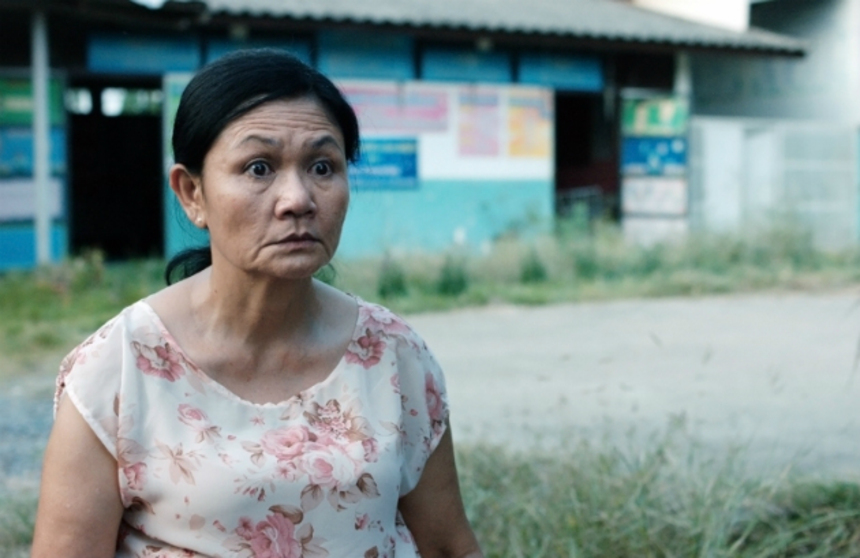 The Thai director Apichatpong Weerasethakul, in his body of work consisting of six features, plus a number of short and medium length films, and also art installations, illuminates the landscapes of his native country in ways that often approximate trance-like and hypnotic states. In much the same way that the spirit world combines with the living, natural world in Weerasethakul's films, so do the realms of narrative films, experimental films, and art installation seamlessly combine in his inimitable works.

His latest, Cemetery of Splendour, has the most straightforward, linear narrative trajectory of all his films, dispensing with the bifurcated structures and the games of formal experimentation that marked his other work. However, Weerasethakul continues to build on the themes and motifs of such previous works as Tropical Malady, Syndromes and a Century, and Uncle Boonmee Who Can Recall His Past Lives to create a lovely, beguiling work where the mundane details of everyday reality are suffused with a magical, dream-like wonder.
Cemetery of Splendour is set in Weerasethakul's hometown of Khon Kaen, in Thailand's northeast Isan region (the film's original Thai title is Love in Khon Kaen). Most of the scenes take place in and around a makeshift clinic housed in a former school; the patients are soldiers who have been infected with a mysterious sleeping sickness, which renders the men mostly comatose, save for brief periods of lucidity.
We mostly follow Jen (Jenjira Pongpas Widner), a middle-aged housewife who works at the hospital as a volunteer, tending to the soldiers and assisting the nurses in caring for them. She has to use crutches to get around, due to a ruined leg that is considerably shorter than the other, the difference evened out with orthopedic shoes. Jen becomes especially close with Itt (Bamlop Lomnoi, from Tropical Malady), one of the patients. During the periods when Itt is awake, they spend time outside of the hospital eating at outdoor markets and going to the movies, developing a kind of mother-son relationship. 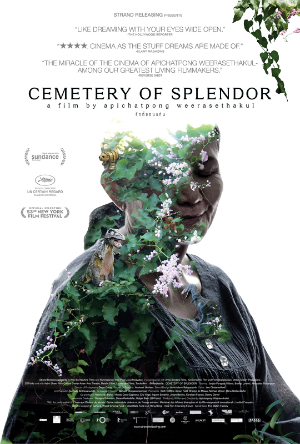 Jen also befriends Keng (Jarinpattra Rueangram), a young woman who also works at the hospital as a medium who can read the thoughts of the comatose soldiers and communicate messages from them to family visitors. A wonderful sequence late in the film has Keng communicating messages from a sleeping Itt, as she walks with Jen through a landscape of ruins, describing the opulent palace that existed on those same grounds.
The past, long gone and no longer visible, nevertheless continues to exert a powerful hold on the present, and this theme permeates practically every scene. We eventually learn that the sleeping soldiers have been put in that state by ancient Thai kings who still continue to do battle, and are sapping the energy of the present-day soldiers to do so.
The lines between the living and the dead, the spirit world and the material world, and dreams and waking life are nonexistent here, and supernatural phenomena are presented here as utterly normal and not at all extraordinary. Ancient queens from a temple shrine sit down with Jen to share her fruit, a giant amoeba floats among the clouds, and the dead communicate with the living - these expressions of the porous boundaries between the natural and supernatural world contribute to the dreamy, hypnotic wonder of this film.
However, Cemetery of Splendour is not all about serene meditation; the film also represents Weerasethakul's lament for Thailand's violent history, one that continues into the present, with its long succession of domestic turmoil and military coups. Soldiers have been recurring characters in Weerasethakul's work; the slumbering ones in this film represent the country as a whole, struggling to awake from its historical nightmares.
Deep pain lies beneath the film's contemplative surface. However, it leaves with a note of hopeful optimism, as people exercise energetically to jaunty pop music, and Jen resolves to not be like the soldiers and go through the rest of her life fully awake.
Review originally published during the New York Film Festival in September 2015. The film opens on Friday, March 4, at the IFC Center and Film Society of Lincoln Center in New York and will also screen at the Miami International Film Festival. It will roll out to other theaters and festivals in the coming weeks, via Strand Releasing.
Tweet Post Submit

More about Cemetery Of Splendour