DO YOU SEE WHAT I SEE? Why Yes, Yes I Do See A Trailer For The Short Film

My friends Justin and Serena made a Christmas themed short film called Do You See What I See? In it they have killed or scared off a lot of my other friends from here in the Toronto area.

Yep, the duo behind the adaptation of the novel Mark of Kane have been filing their time in the meanwhile by gathering more of our mutual friends together and killing them off in a short film full of holiday scares and violence.

They just released the first trailer for it as they prepare to start its festival run. We have also included the poster and a collection of stills too.

Co-written/co-directed by Justin McConnell (Skull World, Ending the Eternal) and Serena Whitney (co-writer of the upcoming ‘Mark of Kane’), the film follows two sisters as they throw a Christmas house party, unaware that a deadly invader will be crashing the proceedings. The short was produced by Shannon Hanmer, Whitney, McConnell, and 9 Light Entertainment’s Pasha Patriki.

Do You See What I See? is having its World Premiere at the Calgary Underground Fim Festival and we will see where it goes from there.
I have seen their short. It is fun and bloody with a deranged ending that serves as a caution or warning of the ways popular culture will replace every day perceptions. 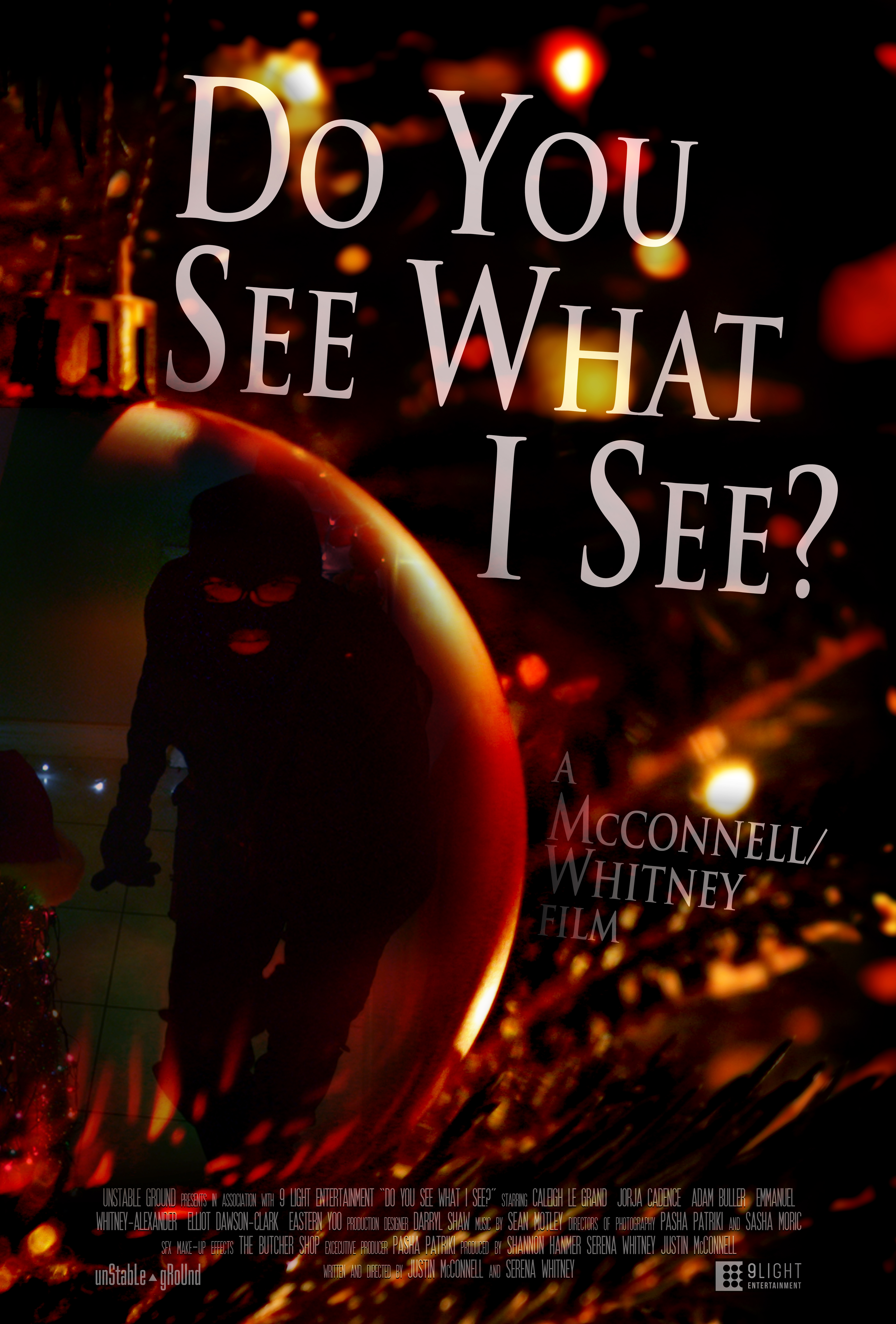 Do you feel this content is inappropriate or infringes upon your rights? Click here to report it, or see our DMCA policy.
ChristmasDo You See What I SeeJustin McConnellSerina WhitneySlasher