Rotterdam 2016 Review: TOO YOUNG TO DIE! Is One Hell Of A Load Of Fun 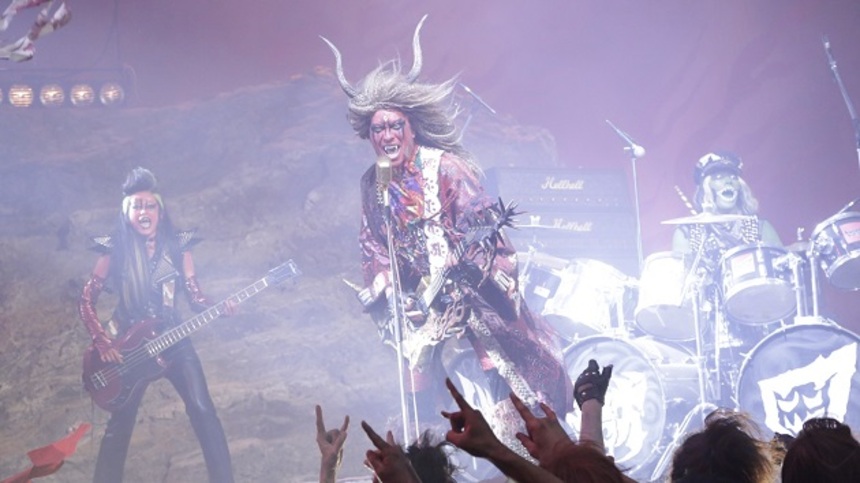 The Japanese writer-director Kudô Kankurô has his heart in a quirky place, and has proven that already several times over. As a scriptwriter he wrote Zebraman for director Miike Takashi, The Apology King for director Mizuta Nobuo, and adapted Matsumoto Taiyō's famous manga Ping Pong into a live-action script for director Sori Fumihiko. As a director, he made Yaji and Kita - The Midnight Pilgrims and The Shonen Merikensack (also known as Brass Knuckle Boys).
These are all great, zany films for sure, and very silly in places. But they are also somewhat more intelligently put together than you'd expect at first, and often contain moments of true poignancy.

Enter his newest film Too Young to Die!, which had its world premiere last week at the International Film Festival Rotterdam. Rest assured that a lot of fun was had by all. So much fun, in fact, that the film ended up in the festival's audience top-10. In Too Young to Die!, 17-year-old student Daisuke dies during a school trip in which the bus he's in crashes into a ravine.
To his surprise and dismay he wakes up in Hell, surrounded by demons, due to some minor misdemeanors and a misunderstanding about his cause of death, which has been labeled a suicide. Daisuke is enraged: not only is he unfairly being punished, he was on the brink of kissing his one true love, the girl he had been pining after for years.

Thankfully Daisuke discovers there is a way back to the land of the living: as he is in a Buddhist version of Hell, Daisuke gets seven chances to reincarnate before he will be turned forever into a demon himself. And so Daisuke's quest to get back to his love starts. The better he performs in Hell, the better his reincarnations will turn out. And what better way to impress the demonic judges than by joining a devilish Heavy Metal band?

By now you will have gathered that we are firmly in Japanese batshit crazy genre territory, the segment where you'd normally encounter the likes of Nishimura Yoshihiro, Miike Takashi, Iguchi Noboru, or Sono Sion in weird-mode. But again, Kudô Kankurô manages to work his magic by making the film a bit more heartfelt and a lot more clever than you'd think at first. Those expecting just a few lewd and gory jokes followed by a happy ending will be surprised.

Like its protagonist Daisuke, Too Young to Die! has to follow a convoluted route to get to its ending, and the adventures had on the way towards it do change what exactly you want the ending to be. Two hours is long for a "batshit crazy" film, but there are a lot of stories and subplots crammed into this one, most of which double back into each other to hilarious effect. Yes, there are (some) gory jokes and yes, there are (some) lewd jokes, but most of them are actually funny. And there are also moments when Kudô Kankurô takes the tragedy serious, and manages to pinch you when least expected. On top of that the film looks great and is energized by many crazy musical interludes. Despite its length I had an absolute blast with it.

As said before, the audiences in Rotterdam had an absolute blast with it as well, and they awarded the film with a whopping big rating of 4.5 out of 5.

More about Too Young To Die