The Family Law has just wrapped up its first season on SBS in Australia; breaking relatively new ground as it focuses on a Chinese-Australian family and their hilarious and hectic ups-and-downs. Essentially a divorce dramedy, the series comes from Benjamin Law’s best-selling book, a set of personal essays that have been lovingly adapted to the screen.

Initially reluctant to give this series a try, I was completely stunned by how dark and fascinating the tone was and loved its very brief six episode run. The ensemble, unusual setting (sunny Queensland Sunshine Coast) and the nostalgia all come together beautifully. Madman Entertainment have just released the first season on DVD that has a few neat features that answer some of my questions about the show. Luckily Benjamin Law was available to address the remaining questions I had, check his responses after the bump.

ScreenAnarchy: The Family Law works so well because of the tone, but also the fantastic ensemble cast, casting your own family must have been a strange process? I saw your family on-set and in the first scene which was brilliant, but did your actual family get involved with the casting?

Ben Law: Thanks for the kind words! Casting was the job of the director and casting team, but everyone involved in The Family Law were all aware casting the show was going to be a challenge from the start. Roughly 90% of the characters are Asian-Australian, and for a long time, Asian-Australian faces have been weirdly absent from Australian screens (even though they roughly account for 1 in 10 Australian citizens). So the team reached out to drama classes, schools and Asian communities in Australia and overseas, and found the best actors – most of whom were already in Australia. Though it was hilarious when I started sending headshots to my family. And we giggled over how handsome George Zhao (Andrew) is, who’d be playing our on-screen brother. (Weird.)

Ben is such a great narrator, and his quirks and perfectionist pursuits reminded me a lot of Wes Anderson’s titular character in Rushmore. Other than your actual life, what major influences (film or otherwise) brought your personal essays to the big screen?

Oh I’m glad you picked up on that – Wes Anderson films were a constant reference point, especially Rushmore. In the writers’ room, we talked a lot about other on-screen families we loved watching, like the ones in Modern Family, Little Miss Sunshine and Please Like Me.

Divorces are difficult and heavy, and yet the tone remains decidedly light and there really seems like there is nobody to blame (which is a breath of fresh air for television), how hard was it to maintain and balance the dramedy?

We strongly believed there’s a fine line between tragedy and comedy. But there was a mantra in the writer’s room: “What does the truth look like?” So we started by writing the drama first. Nailing the emotional truth of what a marriage breakdown looks like – especially when you’re raising five kids – was the most important thing to us. In fact, in so many scenes, we plotted them and realised they were the most depressing thing ever. Then it was up to us to find the comedy that could undercut it.

You have spoken out a few times about the need for more ethnicities to be on television; commercial network Channel 9 has just released Here Come The Habibs and the Lebanese community is upset with its portrayal. What do you think about the show, and have any Asian communities reacted to The Family Law?

In a way, we had it far easier for The Family Law, because the show’s plot isn’t about the family’s racial heritage (in this case, Chinese-Australian). Instead, the main pitch of the show is that it’s essentially a comedy about divorce – which is, of course, the funniest material in the world to work with. The family just happened to be Chinese-Australian.

That doesn’t mean we emptied them of their cultural specificity. All the cultural specifics I grew up with – as the child of Chinese migrant parent – are there. Congee for breakfast, TVB Hong Kong soap operas at night, nosey aunties, kids who speak terrible Cantonese, and parents learning new English words from their kids.

But issues around race or racial tensions don’t drive the plot, whereas they do with the Habibs, which I think is a totally valid thing to explore, in drama and comedy. I love shows, books and films that explore racial identity and culture clashes. It just wasn’t the point of The Family Law.

There have been a small handful – barely any at all, really – people saying our show perpetuates stereotypes, which I’d find offensive if the logic wasn’t so hilariously warped.

It’s just a strange claim to make, especially given the show’s based on my real life family. What stereotypes are you talking about? Working in a Chinese-Australian restaurant? Speaking with a Chinese-Malaysian accent? Sorry, but my parents do both of those things. For me, the notion of whether a character is a “stereotype” is often wrongly based on whether you think they “accurately” portray your race.

But this whole handwringing – whether it’s with Here Come the Habibs or (to a lesser extent) The Family Law – I think, speaks to a wider issue: the ongoing lack of non-white faces on Australian TV. When you’re the only ones on TV, people are so much more concerned whether you’re getting it “right”. No one worries whether white Australians are represented fairly.

There’s something so romantic and nostalgic about a story set over a long hot summer and it seems modern day. Did you consider a period setting for the show for when you were that age? What was the reasoning to make it modern day?

The show’s set in suburban Queensland – which you don’t see much of on TV – so we wanted to capture that mind-melting, insanity-inducing heat of the summer holidays in that state. We also pushed it to modern day so it didn’t feel like a museum or period piece. As much as the story was originally about my family in the ‘90s, we wanted the show to feel timeless and relevant to now.

The show is M rated, mainly due to the sexual references, but were there any darker parts of your book that you wanted in the show that may have influenced that rating?

Not really – the show was always going to have an M-rating because of the things Jenny (and my real-life mother) says on a regular basis about childbirth and reproduction!

The extras on the disc are excellent but shy away from the negatives (if any?) What was the most challenging part of the adaptation/filming?

Just getting it right. Even though we had a few reference points for the tone of the show, what we’ve made is a strange new beast in terms of cultural representation, how we’re portraying divorce and trauma, and we had to figure out how to spin all of that into a piss-funny comedy.

The show touches on specific cultural elements; Rose in particular is probably the only villain in the tale and felt more old-school than anyone else. Her criticism of Ben’s queerness among other close-minded thoughts made the Law’s seem more progressive despite their stubbornness. My question is was this inclusion of Rose a sort of wrapping-up of this traditionalism and older generation vs. new?

Ha! That’s an interesting take – Aunty Rose was inspired by a few real-life people my family and I have encountered. And it was more about the judgement that outsiders can cast on families, even when they don’t understand the reality and complexities of the situation.

The Family Law is out now on DVD, through Madman Entertainment. 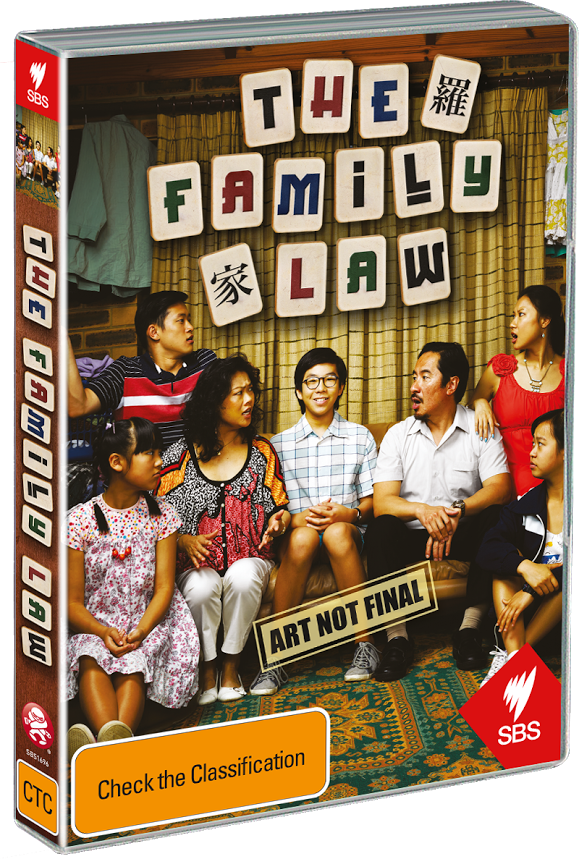 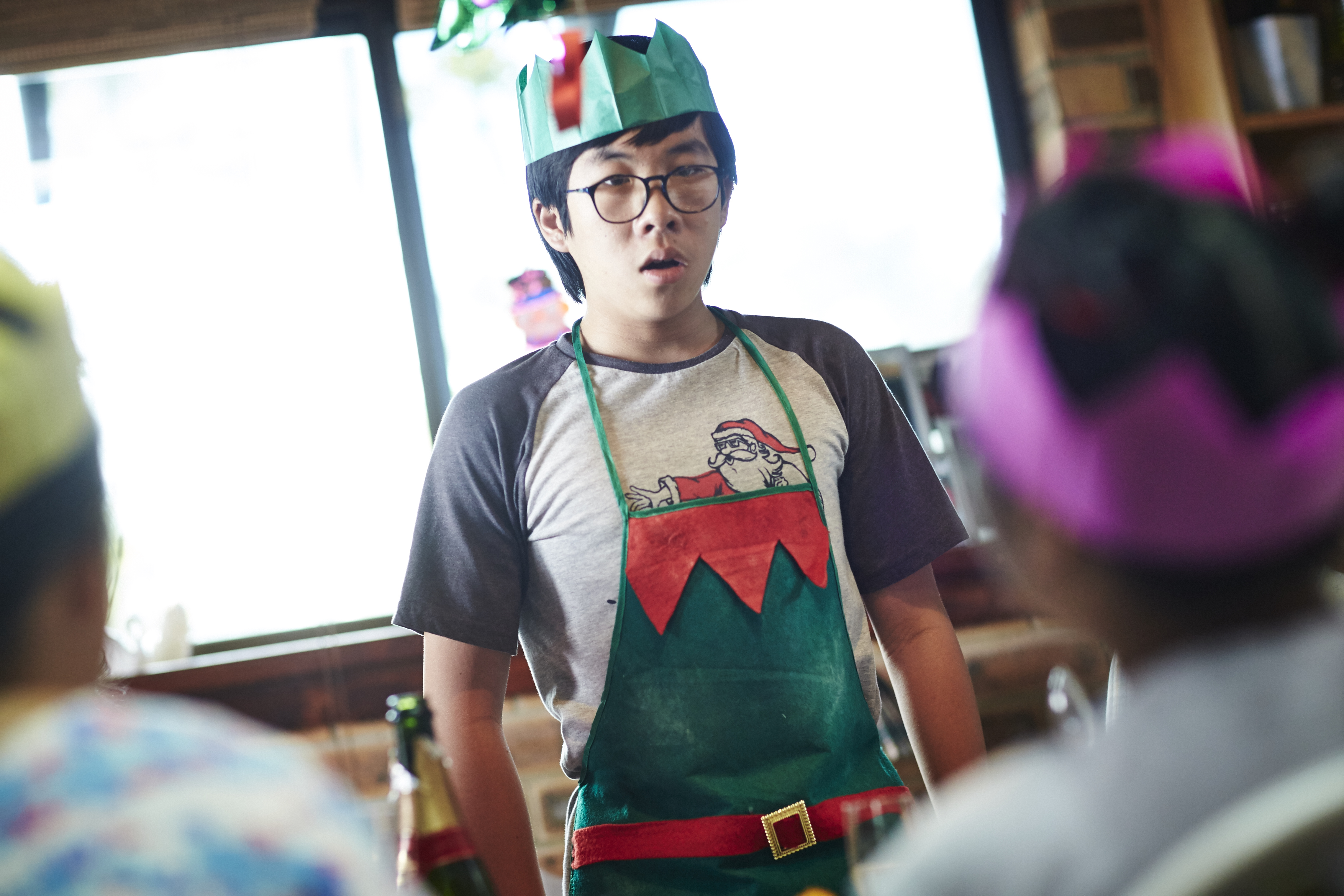 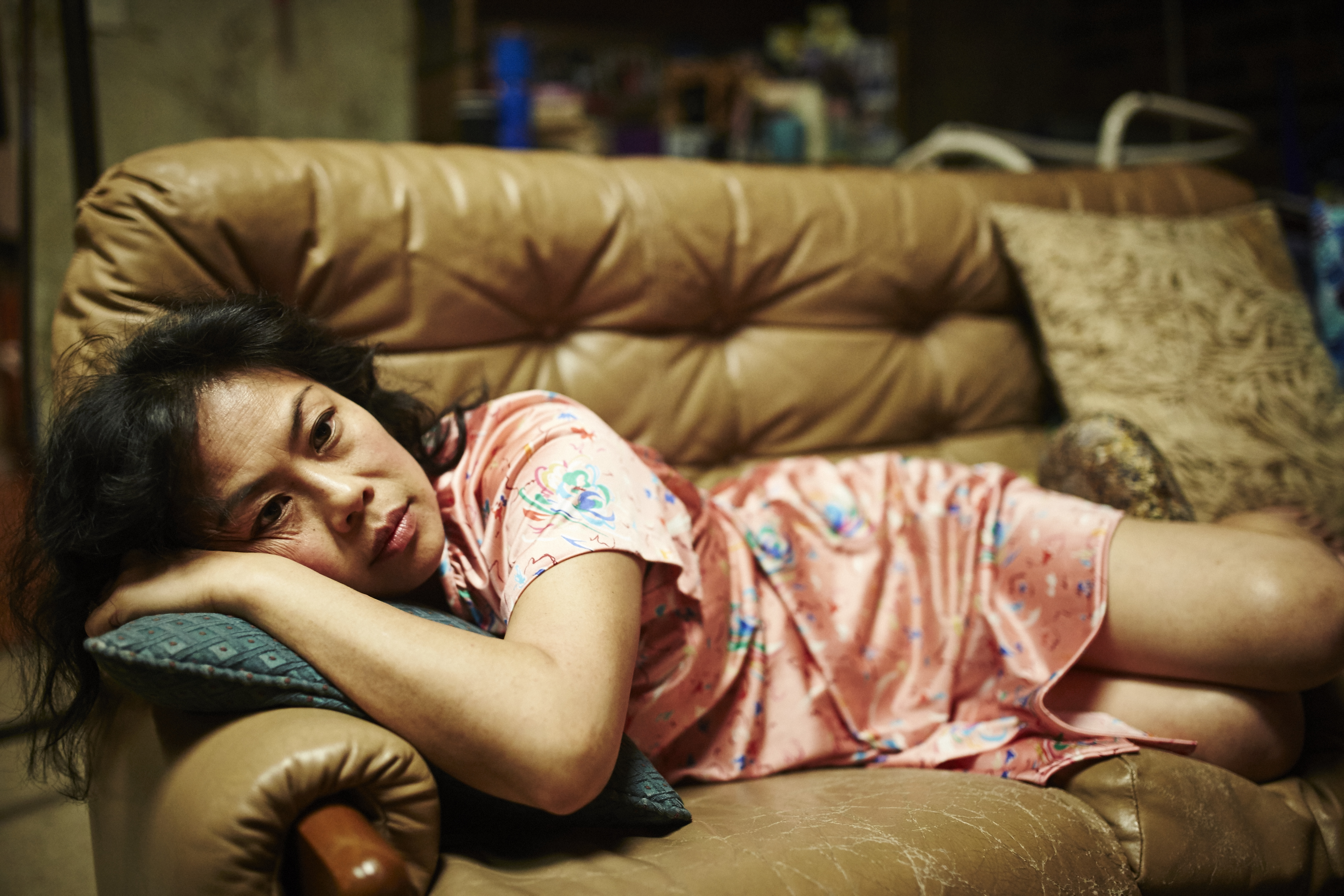 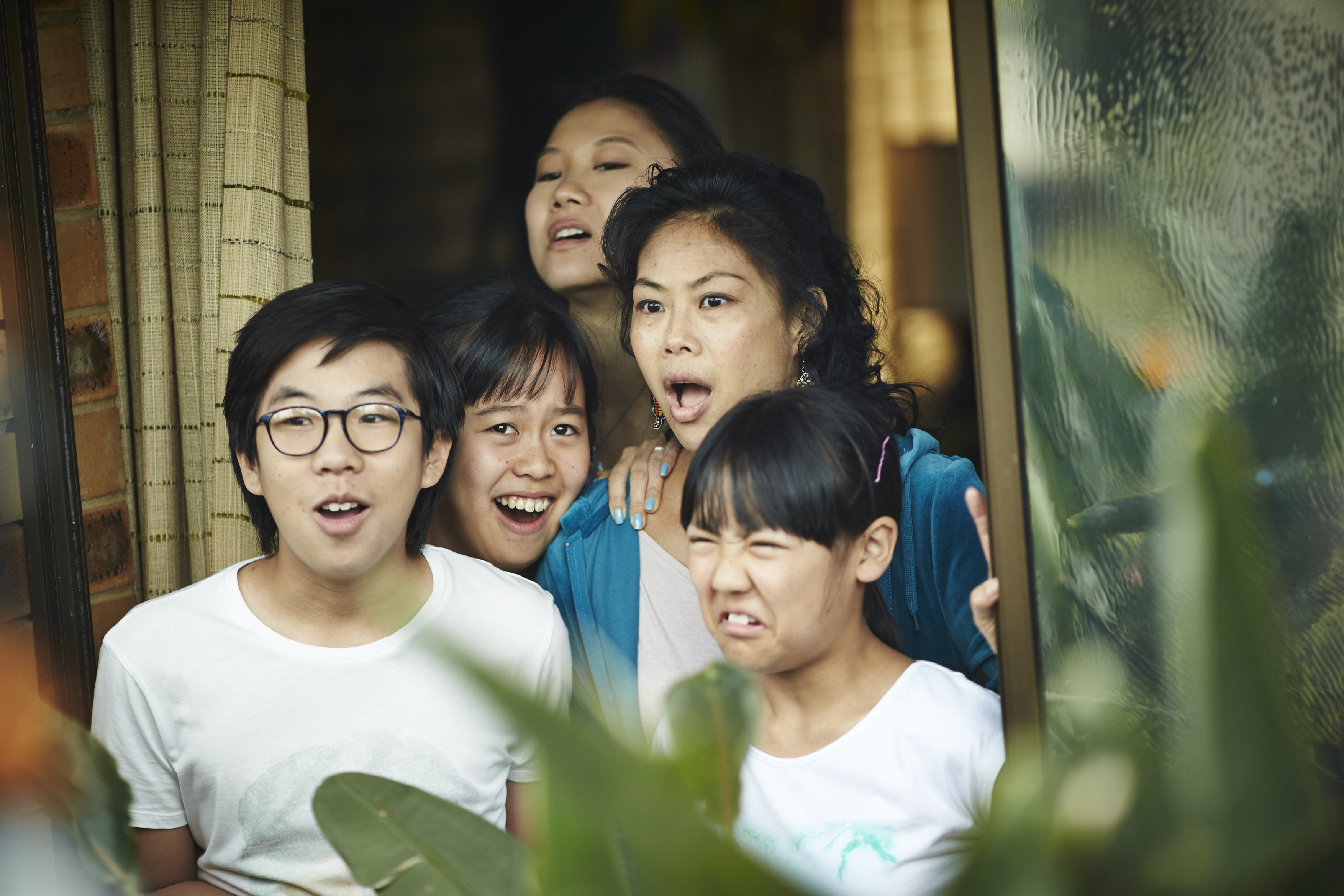 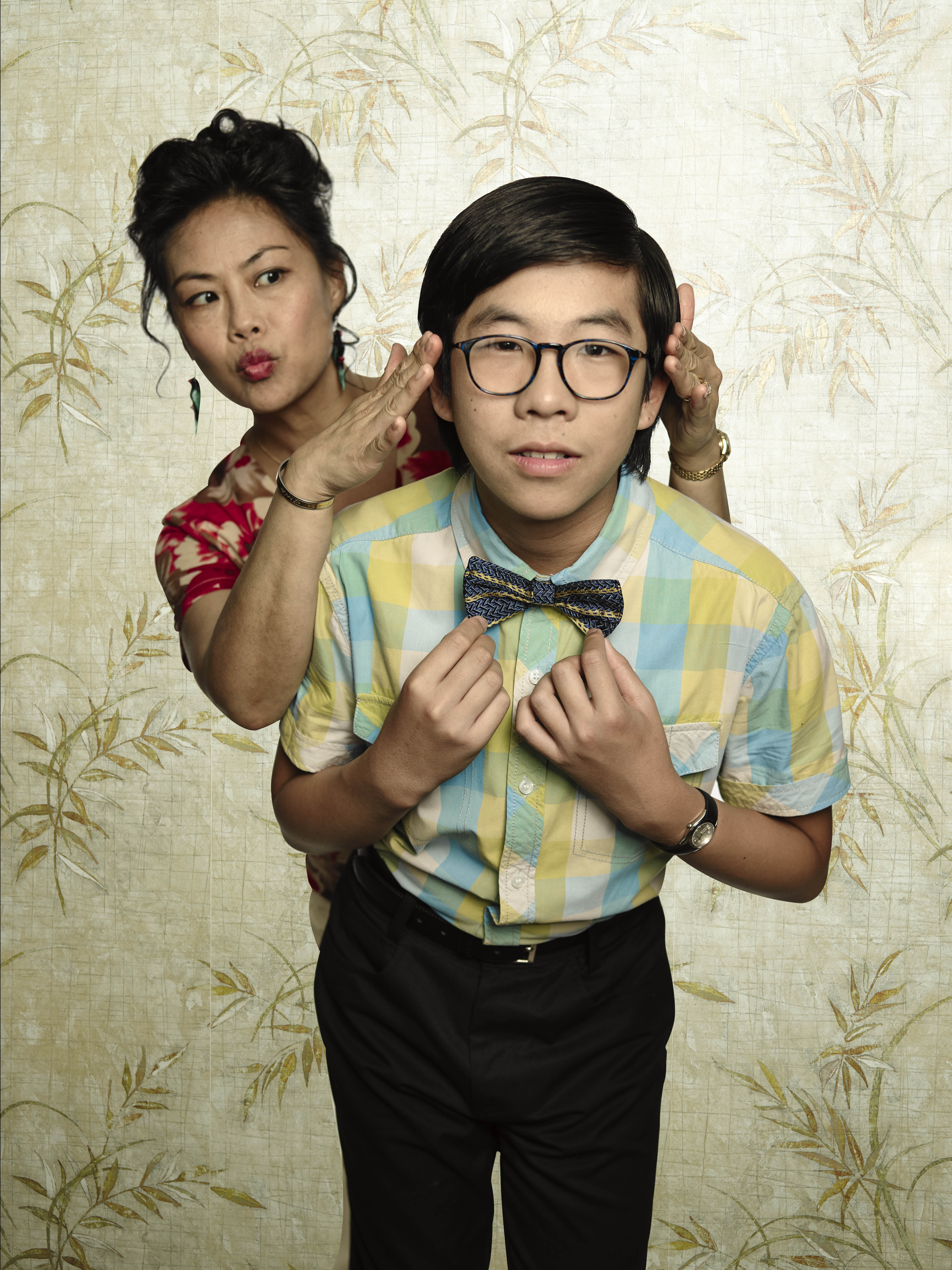 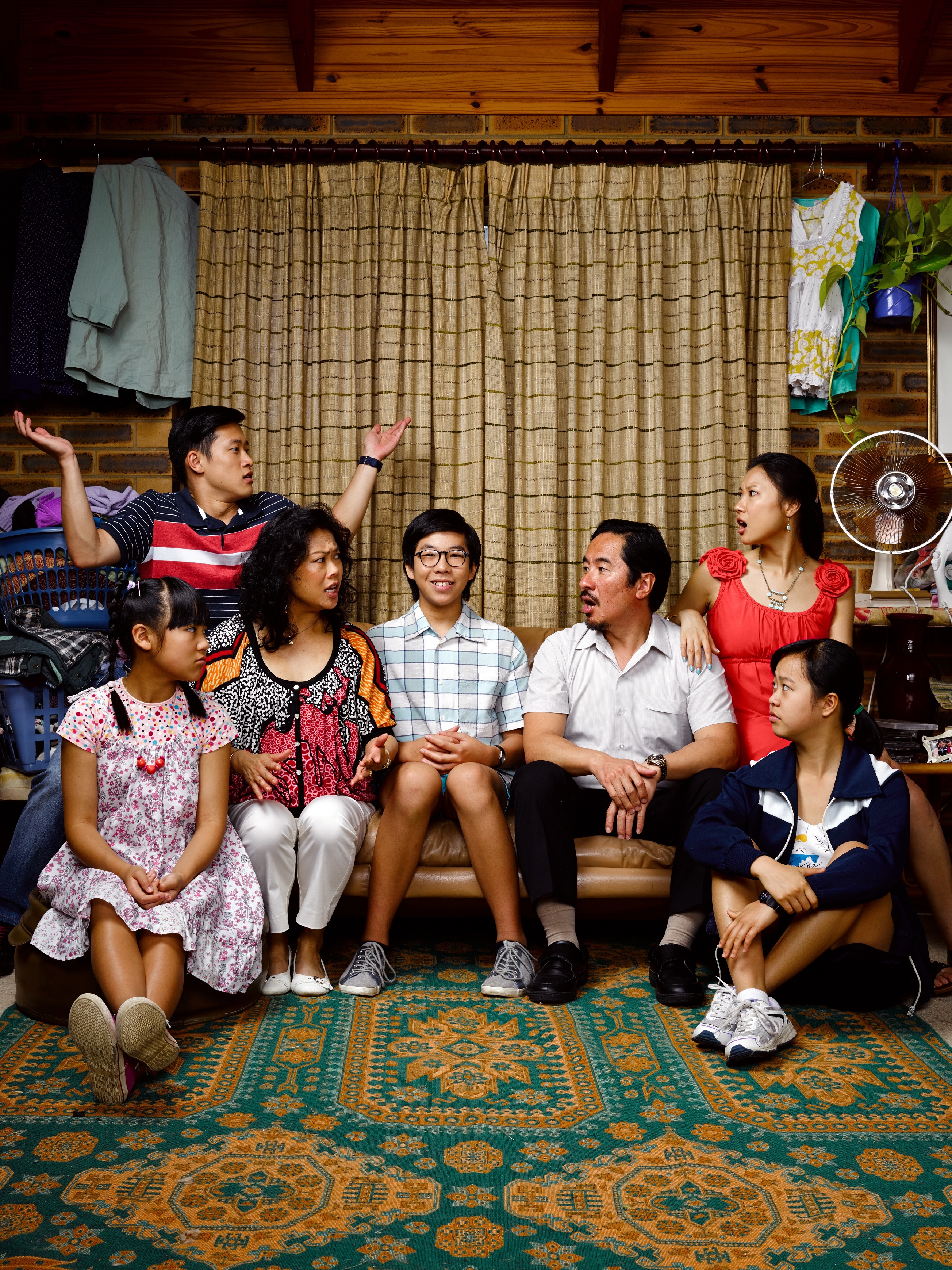 Do you feel this content is inappropriate or infringes upon your rights? Click here to report it, or see our DMCA policy.
australiaaustralian-chinesebenjamin lawdivorcedramedydvdinterviewmadman entertainmentsbsthe family law