Cult film specialists Mondo Macabro have announced their next two home video releases and we're very excited, The first film coming out is Medousa (DVD), an adaptation of the story of Medusa set in '90s Greece which looks exceptionally bizarre and exciting. Next up is a collaboration between Mondo Macabro and the BFI in releasing Jose Ramon Larraz's Symptoms (Blu-ray), a film that has been rarely seen for many years.

Both films are exciting, but I admit to being more excited about Symptoms because of Mondo Macabro's Pete Tombs' involvement with the release. You can check out more details, including pre-order information for Medousa in the gallery below. 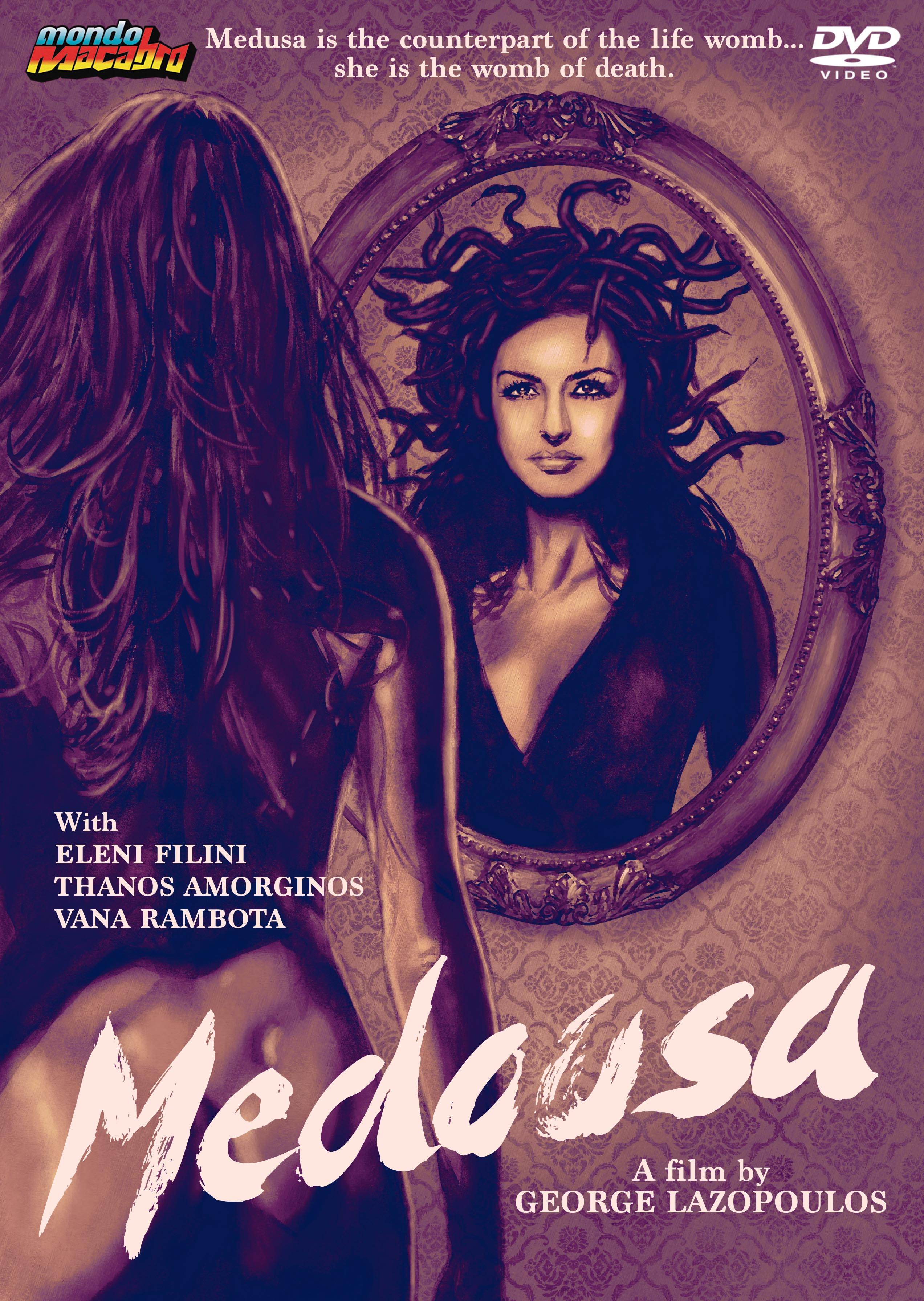 You can now pre-order MEDOUSA direct from Mondo Macabro! $15 plus shipping. Copies will be mailed out as soon as stock arrives, likely ahead of the official street date.

In this surreal retelling of the ancient myth of the Medusa, bizarre, clothed statues of men are appearing all over Greece. Only Perseus, the leader of a gang of modern Athenian thieves, holds the answer to the mystery. It has something to do with a beautiful, long-haired women in black who is connected with his troubled childhood. One night his gang breaks into a deserted house in the countryside looking for goods to steal. What they find is entirely unexpected and leads Perseus on a dangerous journey into his past.

Medousa is one of the very few attempts to make a modern Greek horror film. Its intriguing plot unfolds in a surprising and yet entirely logical way, creating a memorably atmospheric thriller that reworks familiar myths into an original and highly personal narrative.

Mondo Macabro are very proud to be presenting for the first time on US video this overlooked gem of genre cinema. The film was screened at a number of international festivals and won a prize at World-Fest Houston in 1998. It’s a film ripe for rediscovery and this long overdue release announces the re-emergence of a unique film making talent. 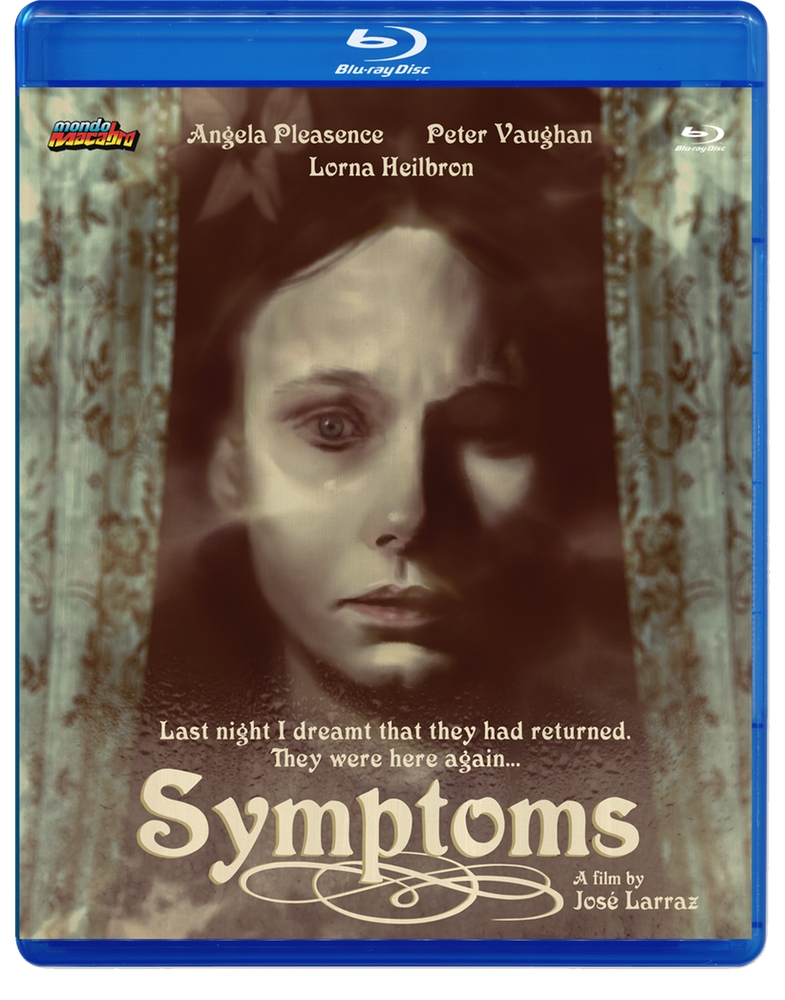 Mondo Macabro is extremely proud to present for the first time ever on home video a lost classic of Euro-horror cinema, Jose Ramon Larraz’s SYMPTOMS.

A dark and haunting study in psychological horror, Symptoms takes us deep into the twisted mind of a damaged girl.

Helen, who lives alone, invites her new friend Anne to stay with her in a lonely house, lost in the English countryside. The house, the woods that surround it and the figures fleetingly glimpsed through its windows, all seem imbued with a deep sense of mystery. Helen appears to be hiding a secret and the more Anne tries to uncover it, the deeper she is pulled into its dark heart.

Symptoms was the official UK entry to the Cannes film festival in 1974 and was highly praised at the time. Subsequently the film sank into obscurity and was recently listed as one of the UK’s top 75 “lost films”. This release, taken from the original negative and fully restored, brings this quiet masterpiece back into view, where it can now be appreciated as one of the most under rated films of the 1970s.

Mondo Macabro’s blu-ray release will be out in the spring and will include the following extras: