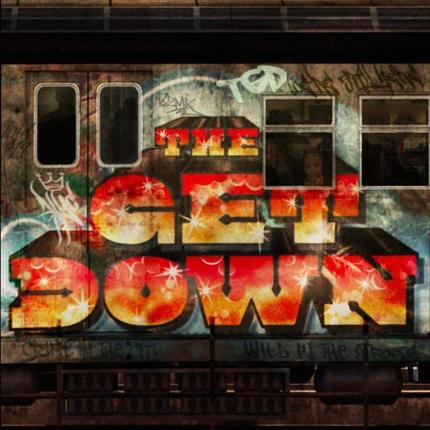 While most of his films have a close connection to music, the last thing I would have expected from Baz Luhrmann (Stricly Ballroom, Romeo + Juliet, Moulin Rouge!) was a television show about the birth of hip hop in 1970s New York City. But here we have the first trailer for his upcoming Netflix show, The Get-Down, and my goodness but it looks pretty awesome.

A musical drama set in The Bronx, The Get-Down follows a group of teenagers who must navigate growing up in the rough streets while disco dies and hip hop begins to rise. The teenagers (Shameik Moore, Justice Smith, Tremaine Browne Jr and Skylan Brooks) are beginning their journey of musical discovery in the last days of disco and the rising era of hip hop. Meanwhile, Jimmy Smits plays a politician trying to bring basic services to the people of his constiuency, and Herizen Guardiola is a young woman who wants to defy her church-going family and sing non-religious music.

Given Luhrmann's talent for grand musical numbers, bright colours, and larger-than-life characters, the trailer suggests that this could be a match made in heaven. 10 episodes are slated for Netflix this year, though no specific dates have been given yet. Check out the trailer below, and might I suggest you make some room to move.