Sundance 2016 Review: HUNT FOR THE WILDERPEOPLE, An Adventure Worth Taking 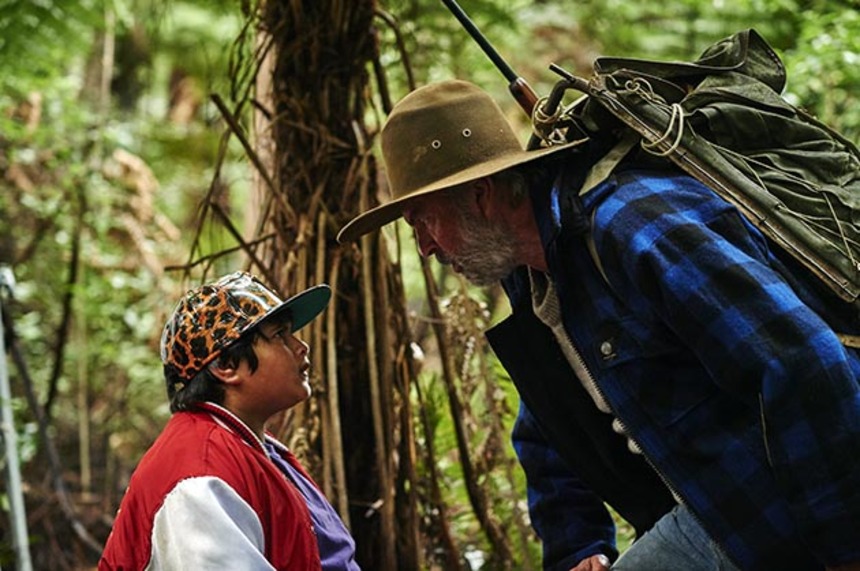 Taika Waititi can do no wrong. From his wonderful short films to his features, and through his work on the hilarious TV show Flight of the Conchords, all of his efforts have been pitch perfect. Yet because of his last film What We Do in the Shadows, anyone new to the Taika-verse might think that pitch is just hilarity (and that film is indeed hilarious). But where Waititi's real talent shines is when he mixes deep heartwarming emotions with that unique sense of humor. That was the case in his second feature Boy and it's even more on display in his latest film Hunt for the Wilderpeople.

Set in the New Zealand outback (basically just a big forest), Hunt for the Wilderpeople follows young Ricky (Julian Dennison) as he's placed in his last chance foster home with the wonderfully cheerful Bella (Rima Te Wiata) and her considerably less friendly husband Hec (Sam Neill). The terms are pretty clear for Ricky; get along with Bella or it's off to Juvie. But Ricky's not the type to be threatened and he tries to sneak away the first night. Lucky for him, Ricky is terribly over weight and his poor shape means he barely gets to the end of the driveway on his first attempt.

Bella's charms eventually start to have an effect on Ricky and things look like they might be working out. That is, until events conspire to force Ricky to really run away once and for all. Ricky does better on this attempt but Hec uses his wilderness skills to track him down. But by this point a manhunt is underway for Ricky and a misunderstanding leads to Hec being accused of kidnapping the boy. Thus begins the film's true adventure plot, an odd couple story of two unlikely compatriots forced to evade authorities through the outback in creative and hilarious ways.

From a comedic perspective, the script shines in its moments of awkward conversation. The super sweet Bella poking fun at Ricky's portly appearance is the kind of delicious innocence that defines Waititi's humor so well. Rhys Darby also shows up with his wonderful comedic might in tow.

But while the film is undoubtedly funny throughout, it's the heart that makes this such a winner. Sam Neill's performance as a "caretaker" with about 12 layers of hard, tanned leather hide exterior is one of his best. Julian Dennison is fantastic as well and his 13-year-old emotions upon meeting a teenage girl in the outback rings wonderfully true.

It cannot be argued that Taika Waititi has one of the best senses for tone among comedic directors. It will be exciting to see if he can bring this to his next very different outing as director of the upcoming Thor sequel. Regardless, he is completely in his element in this charming little story that includes some big set pieces as well. This is one adventure well worth taking.

Hunt for the Wilderpeople

More about Hunt for the Wilderpeople