TRIVISA: Watch The Trailer For Johnnie To Produced Crime Thriller 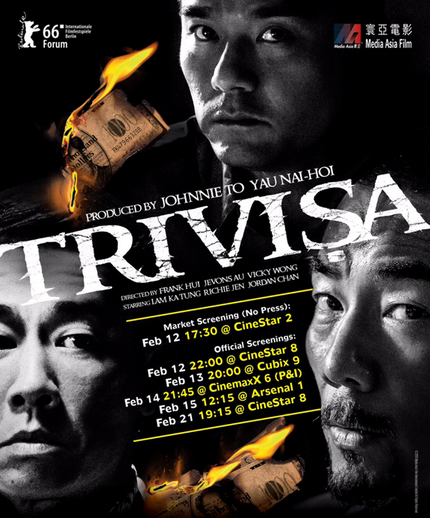 Johnnie To produced crime thriller Trivisa will soon premiere as part of the Berlin International Film Festival and the first teaser for what promises to be one slick piece of classically inspired Hong Kong cinema has arrived online.

Set in Hong Kong before its handover to China in 1997, the city's booming economy inadvertently attracts three infamous criminals from Mainland China to cross the border and make their fortune in Hong Kong. Trivisa is Sanskrit for "Three Poisons" - i.e. greed, hatred and bewilderment - which according to Buddhist teachings are the primary causes of all suffering. Each criminal is the epitome of one of these poisons, which in turn is the root of his utimate downfall.

Frank Hui, Vicky Wong and Jevons Au direct. Take a look at the trailer below!