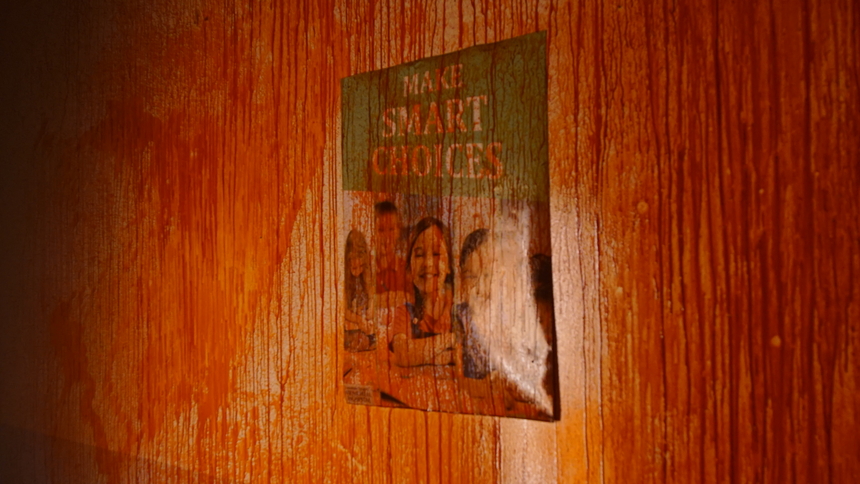 Fans of the Astron-6 collective, rejoice! For production is now under way on Steven Kostanski and Jeremy Gillespie's The Void - which is by far the most serious minded project any of the Astron lads have been involved with to date - and they have announced their complete cast, which includes veterans of Twin Peaks and Scott Pilgrim Versus The World. Here's the official announcement!

Cameras started rolling on Nov. 23rd in Sault Ste Marie, Canada on the creature feature which depicts a lone police officer struggling to protect the staff of an isolated hospital from a violent cult. "We are thrilled to have such a strong cast of talented actors bringing our frightening script to life." said producer Walker.

Speaking from the film's set, a decommissioned high-school that the production team has transformed into a film studio for an ambitious 20-day shoot, actor Aaron Poole said: "Steven and Jeremy are making the kind of movie I wasn't allowed to watch as a kid, but snuck into anyway. It feels like we're breaking taboos with their hallucinogenic story and sickly genius practical effects."

Walker and Bronfman are producing in association with XYZ Films, who are co-reping North American sales alongside CAA. The Salt Company is representing the filmmakers for international sales. Financing for the film is being provided by 120 DB and the Northern Ontario Heritage Fund.

Last spring, the production also ran a successful crowd-funding campaign, permitting the film an extended pre-production window in order to ensure ample time and resources to fabricate the film's various creatures via elaborate in-camera special effects. The announced cast will continue to battle these practically realized creatures throughout December.

[Yes, for the keen-eyed, I am the bit of XYZ Films that has been most involved in this one. Which means I've known all of this longer than you. Ha.]

Do you feel this content is inappropriate or infringes upon your rights? Click here to report it, or see our DMCA policy.
astron-6horrorjeremy gillespiesteven kostanskithe void