This year marked the 40th anniversary of Terry Gilliam and Terry Jones' Monty Python and the Holy Grail, one of the most famous British comedies ever made and (together with Life of Brian) arguably the Pythons' brightest highlight.

To commemorate this, the film got a few theatrical showings this year, and indeed a new Blu-ray with some extra extras. Also, this edition got a spectacularly silly packaging. Since Christmas I'm the proud owner of this bizarre artefact, and as it's a recent release (November 2015 where I live) that means it's time for a Pretty Packaging gallery of pictures.

So check out this gallery of shots. Click on the edge of the pictures to scroll through them, or at the center of each to see a bigger version. 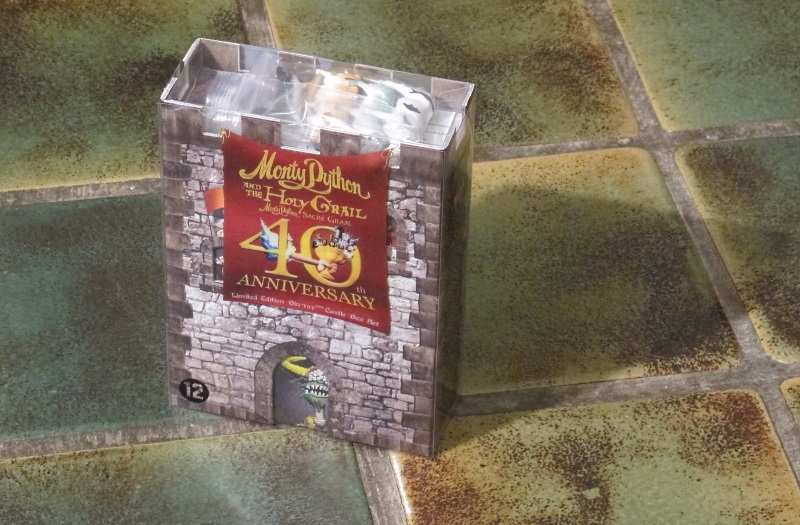 And here it is: a big castle-shaped box with a clear printed slipcase. 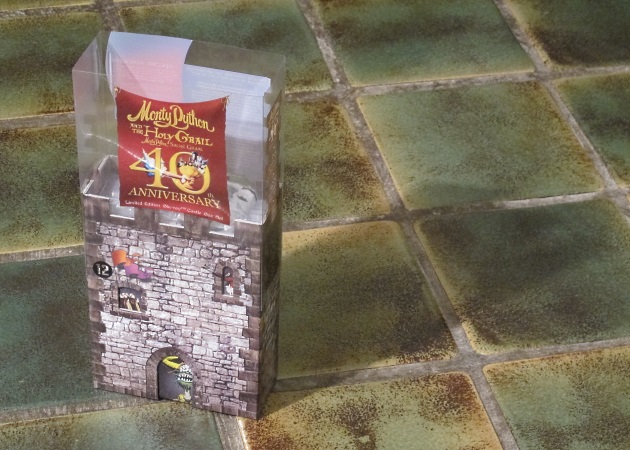 Removing the plastic slipcase. Been a while since I saw one!
Also, the cardboard boxset underneath consists of several layers, allowing for cut-out niches with Terry Gilliam-inspired artwork in them. 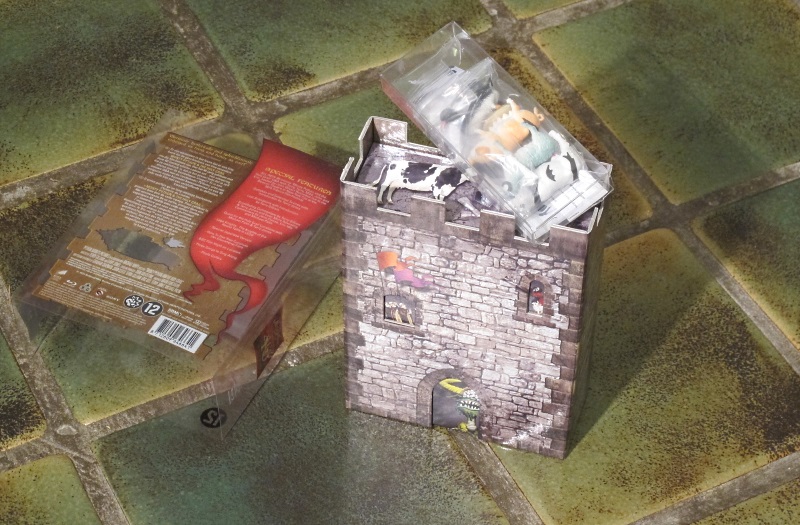 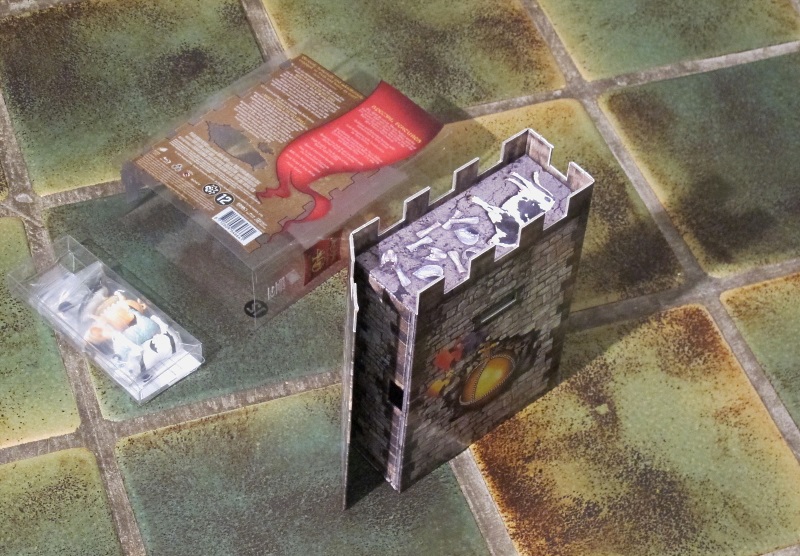 The main box opens on the side with magnets. Again, it's been a while since I saw this. 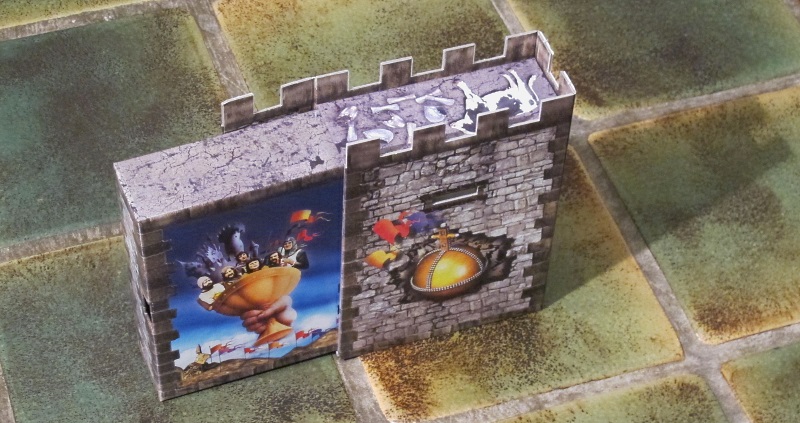 And there they are: Monty Python, and the holy grail. 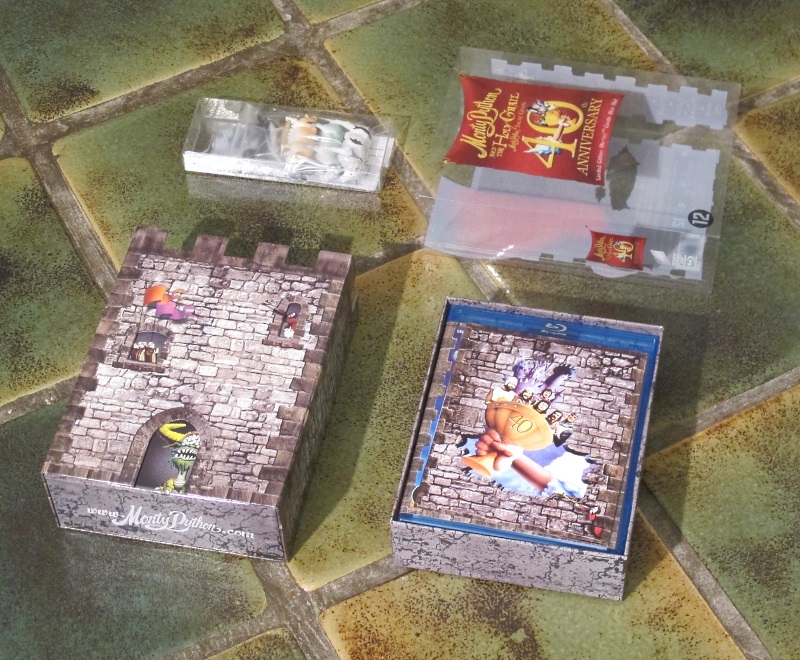 All items removed from the box. 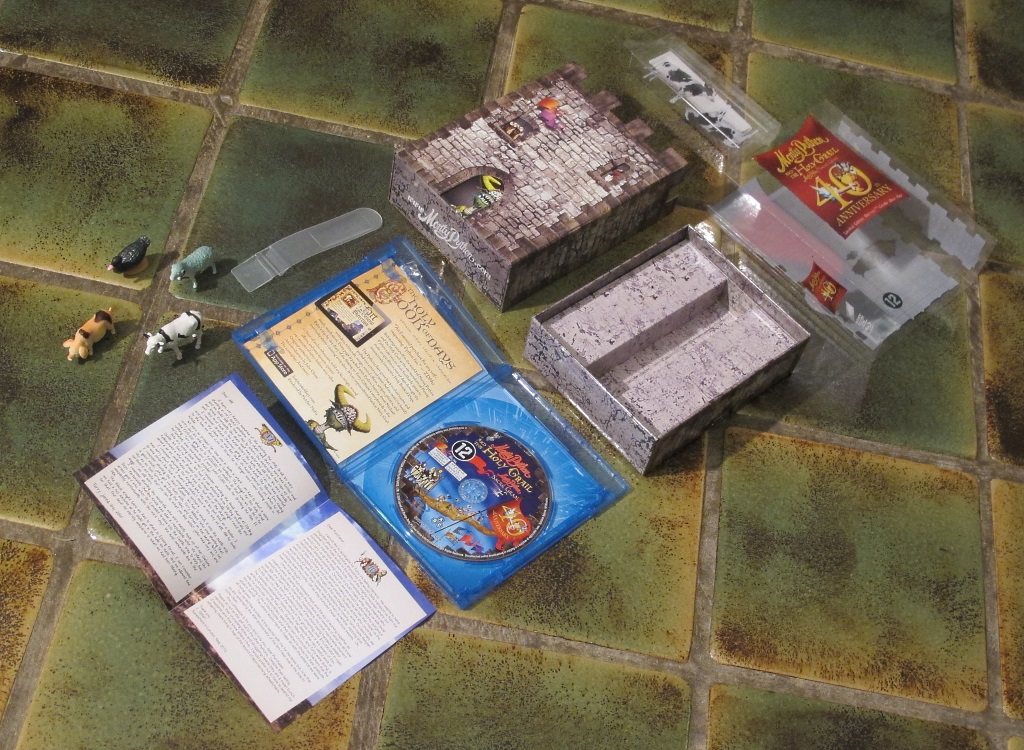 All items opened and on display. 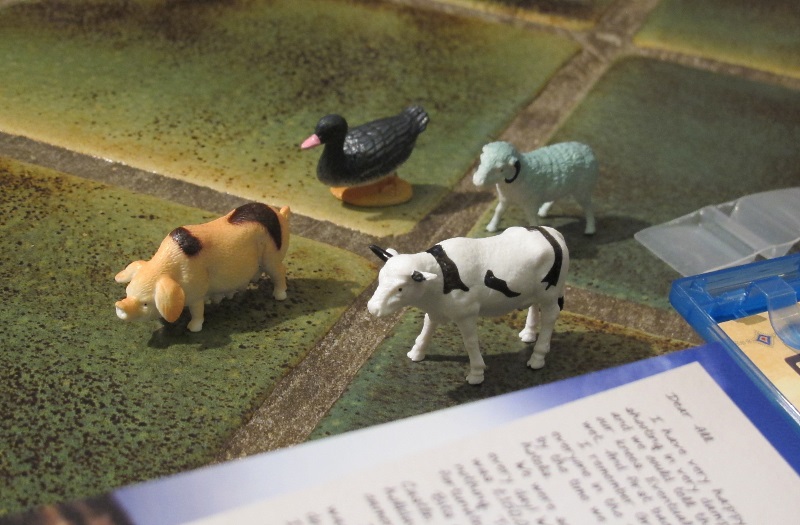 A close-up of the farm animals. What's that piece of plastic behind them? A shoehorn? 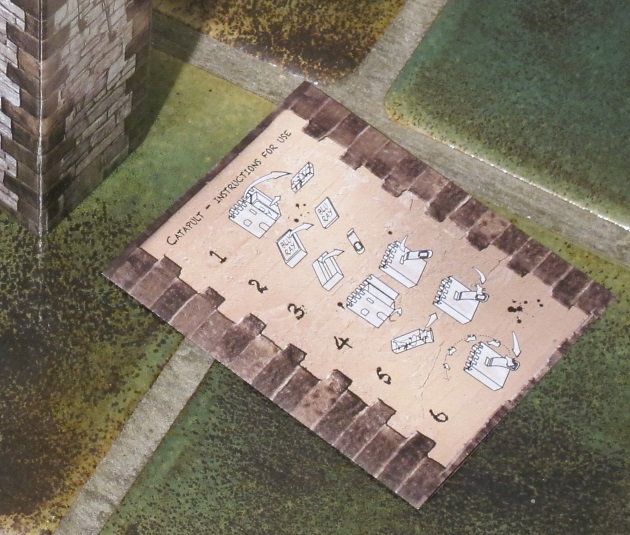 Apparently, the "shoehorn" is a... catapult. 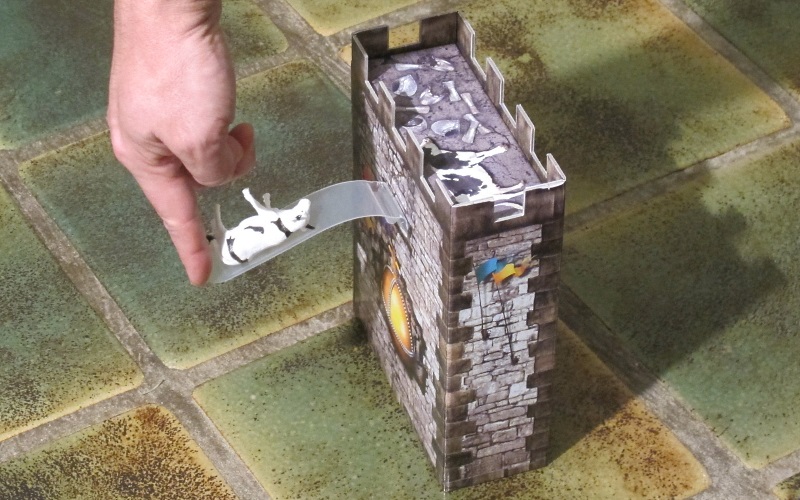 The catapult, constructed and about to be tested. 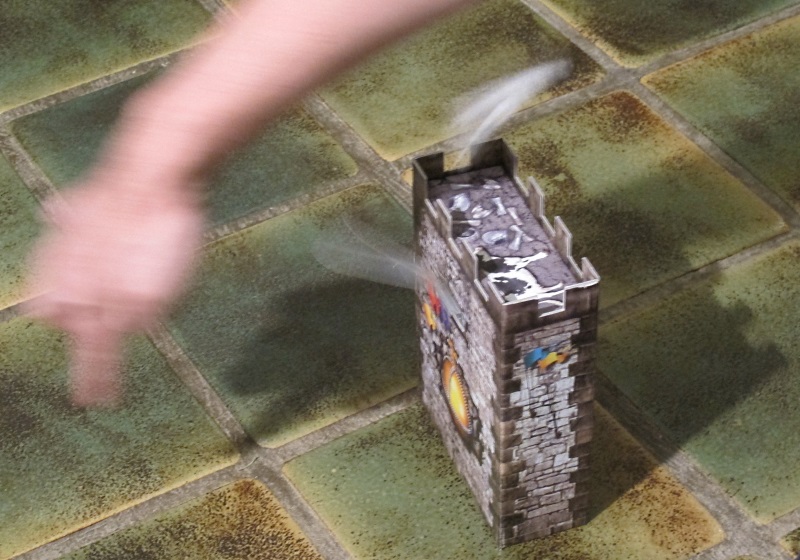 Test successful! Watch that sucker go over to the English side... 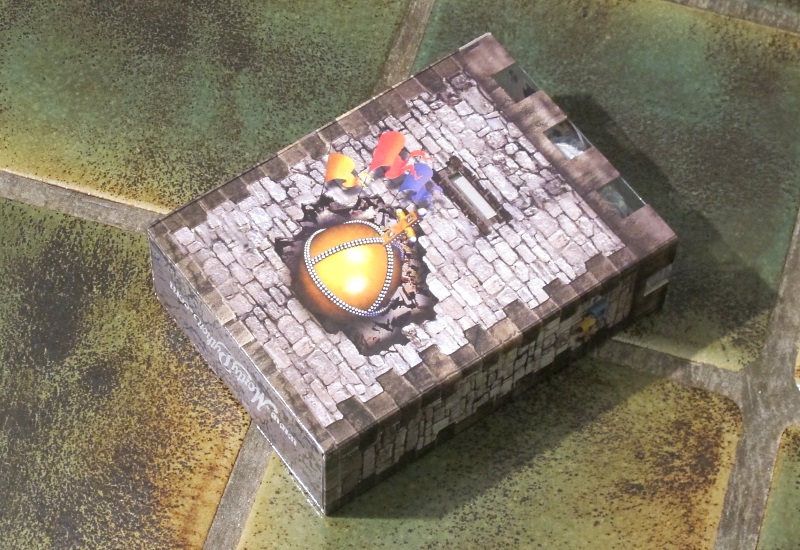 The end!
A packaging silly enough to throw a Holy Hand-granade at...