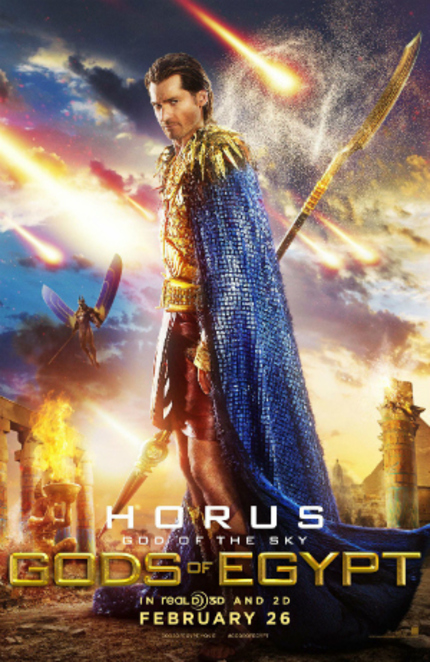 Perhaps mindful of recent accusations of 'whitewashing' its cast, a new trailer for Gods of Egypt puts the emphasis on the wildly colorful production design, to the point that I wonder if the whole thing was shot on an empty sound stage.

I can imagine this happening, a la Robert Rodriguez's Sin City films, only moved to the make-believe Middle East. 'Gerard Butler! Growl very loud! Thousands of "people" will be listening to you across miles and miles of desert!' 'Nikolaj Coster-Waldau! Smile as if you believe that giant monster thing is real!'

Still, I'm a fan of Alex Proyas' movies, which always put the visuals first anyway. And it's been nearly seven years since Knowing. And he was born in Egypt. OK, I'm rambling now, kind of like this new trailer, which, admittedly, is pretty ridiculous. But I can't take my eyes off it.