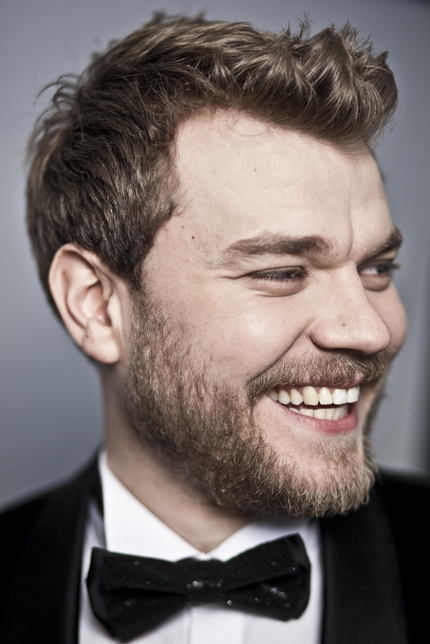 It would appear that Danish actor Pilou Asbaek - a long time favorite around these parts thanks to his parts in television series Borgen as well as feature films A Hijacking, The Absent One and more - is well and thoroughly following the path of countryman Mads Mikkelsen into a big time Hollywood career. Following a key role in Lucy, Asbaek has landed a role in the upcoming series of Game Of Thrones, a key role in big budget Ben Hur, and now has joined the cast of the upcoming live action Ghost In The Shell where Variety reports he will take on the part of Batou, the cybernetically enhanced ex-soldier and second in command of cyber crime unit Section Nine.

What's perhaps more interesting is that Variety also drops word about the storyline of the upcoming film and, from the sounds of it, the live action feature will be based on the Laughing Man storyline of the popular Stand Alone Complex television spinoff series which, in my opinion, is by far the strongest storyline in the GiTS universe outside of Oshii Mamoru's original film and one which is extremely topical given its underpinnings of radical extremism.

The re-casting of Ghost In The Shell as an entirely white remains a problematic decision based on market economics - lead actress Scarlett Johansson is considered bankable in a way that no Asian actresses are within the Hollywood system - but producers are at least attaching good actors to the Rupert Sanders directed project so there's a chance this may actually succeed with the new audience that it is targeted at. There is, at least, very little chance that it'll be worse than the last couple animated projects to bear the name.

Do you feel this content is inappropriate or infringes upon your rights? Click here to report it, or see our DMCA policy.
batoughost in the shelllive actionpilou asbaekrupert sandersscarlett johansson