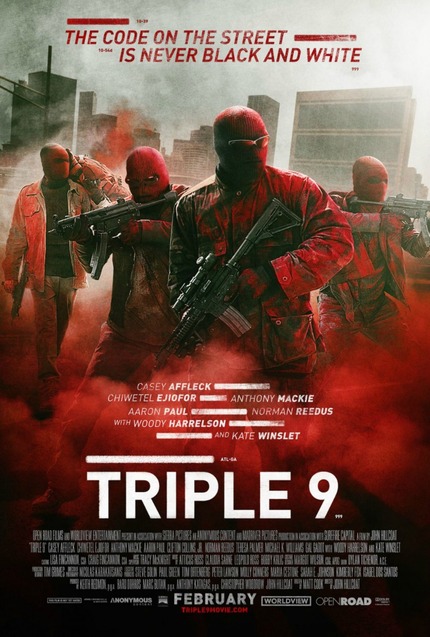 We've been enormous fans of The Proposition and The Road director John Hillcoat and judging by the sheer volume of high end talent starring in his upcoming heist thriller Triple 9, we're not the only ones. Chiwetel Ejiofor, Casey Affleck, Kate Winslet, Woody Harrelson, Aaron Paul, Gal Gadot, Anthony Mackie and Norman Reedus all star in the picture and somehow they still had the money left to give them all lots of guns and ammo after paying their salaries.

When a crew of dirty cops is blackmailed by the Russian mob to execute a virtually impossible heist, they realise the only way to pull it off is to manufacture a 999, police code for "officer down". The chaos that ensues when a police officer is shot in the line of duty is just the diversion they'll need to do the job, but whether they have the will to kill one of their own is an entirely different matter. Their plan is turned upside down when the unsuspecting rookie they set up to die foils the attack, triggering a breakneck, action packed finale tangled with double-crosses, greed and revenge.

With theatrical release due in February a new trailer for this has just arrived and it's looking pretty damn fantastic. Take a look below.