Black Nights 2015 Review: THE AUTOMATIC HATE, Blood Is Not Thicker Than Water 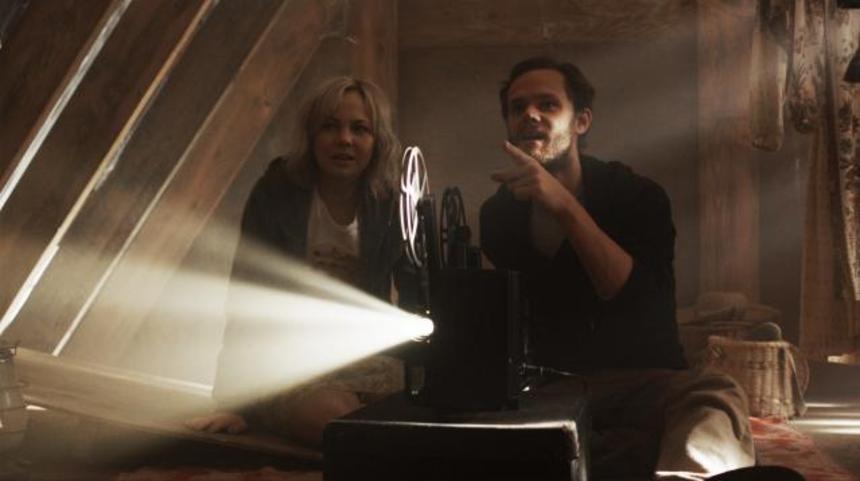 Not all families are good or well-adjusted; there are often rifts (reasonable or not) between parents and children, siblings, cousins. Some of us might find out about skeletons in a closet, and sometimes those skeletons are best left undisturbed.
In Justin Lerner's second feature film The Automatic Hate, those skeletons are rattled with disastrous consequences. And while some parts of the narrative become a bit cliched, overall, this is a strong drama with a serious and unexpected twist, revealed with very intense performances.

Late one evening, Davis Green (Joseph Cross) is confronted by a woman, Alexis (Adelaide Clemens), who claims to be his cousin. Thinking his father Ronald (Richard Schiff) was an only child, he asks his grandfather, who almost has a heart attack when Davis brings it up. But Alexis was telling the truth, and Davis travels to meet his estranged uncle Josh (Ricky Jay) and his other cousins. He and Alexis attempt to find out why the brothers stopped speaking years ago, and discover far more than they bargained for, as they also confront their growing attraction to one another.

Davis is set up as a typical millennial, raised in an middle class family with intellectual parents, and with a decent job as a chef, though his romantic relationship is in a precarious state, hence the apparent ease with which he goes off after Alexis. Like children, as they are in this new relationship, Alexis and Davis use play to get to know each other; though of course, as they are adults, this play involves alcohol and sexual innuendo.

The story moves from darkly comic to just dark; perhaps a bit more time could have been spent to set up Davis' relationship with his parents, as too much is left to assumption to know exactly how different Alexis' family experience is. 'Normal' is dependent on context, and Lerner seems to be suggesting, at least to a certain point, there is no such thing as a 'normal' family. But Alexis has damage that is unknown, and Davis is ill-equipped to deal with this damage.

The strongest parts of the film come once the secret begins to emerge, and Schiff and Jay share the screen. Lerner and co-writer Katharine O'Brien have given them a lot to work with, casual yet meaty dialogue and situations. These are two very different performers; Schiff's role is not unusual on his resume, but Jay's is, and their different approaches to character come together very well in these two different and feuding brothers. At first they are barely polite, then there is camaraderie, then there is hatred. This shift is perceptible, yet runs like a wave slowly building to a tsunami, and both screenwriters and actors do not hold back in intensity.

Clemens' performance is pretty revelatory, and she manages to flesh out a interesting character despite having to be off the deep end almost immediately. But it is a bit cliche to have the 'manic pixie dream girl' suddenly become a crazy person because of a single intimate encounter, and it's a bit tiresome, especially to also have the guy, who is equally culpable, get away with it. The conclusion is not entirely satisfactory.

This is not your typical family in detail, but is it representative of how each family is unhappy in its own way, often for reasons that are better left undiscovered. While some of the beats are unnecessary and a bit predictable, The Automatic Hate has great performances that ground the story and some twists that do not disappoint.

More about The Automatic Hate