Watch The Trailer For Ando Masahiro's UNDER THE DOG 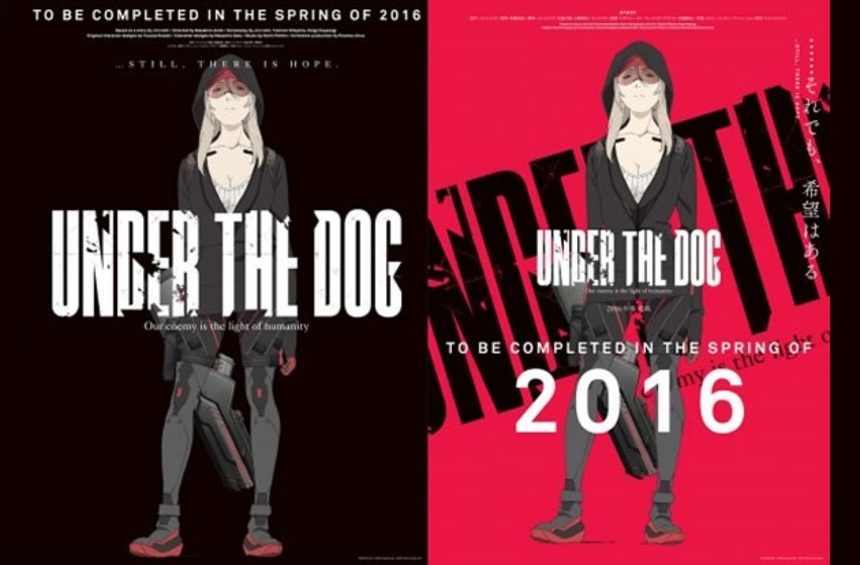 Remember the epic chanbara anime Sword of the Stranger from 2007? For some time now, its director Ando Masahiro has been involved in a Kickstarter funded project you might or might not yet have heard of. While the latter would be somewhat of a shame, it luckily isn't a showstopper, as the project has already been backed by over 12,000 people and now has a budget of $878,028. And this time Ando-san isn't doing another jidaigeki period drama, but is instead focusing on an Akira flavoured sci-fi thriller which takes place in 2025 and is titled Under The Dog.

Earlier last month the project received an official trailer and, filled with only key animation, its action packed quality gives a promising first impression. Like Yuasa Masaaki's Kick-Heart, we're loving it when animators crowdfund their projects to keep creative control, so we'll be sure to keep you posted on this project.

Under The Dog is to be released later in spring next year, with the aim of turning it into an OVA series of at least 45 mins + per episode and then make it into a trilogy of feature films. Here is the story synopsis:


The year is 2025. Five years have passed since the Tokyo Olympic Games were called off after deadly terrorist attacks. An international school run by the United Nations now stands in the former Olympic site on the edge of Tokyo Bay. Seven teenagers with special abilities, known as "Flowers," are among the students.

Their student identities are only a cover for their real identities as members of an intelligence organization run by the UN. Their objective is to assassinate other teenagers who have the same abilities.

The Flowers have no choice but to complete their missions without fail. Their organization has taken their family members hostage to ensure this. For the Flowers, failure would mean death not only for themselves but also for their loved ones.

This is the story of their struggle against cruel fate, and of how it is human nature to find hope, however bleak the outlook.

More about Sword of the Stranger