J Hurtado
Editor, U.S. ; Dallas, Texas (@HatefulJosh)
Tweet Post Submit
The Southwest's largest horror convention, Dallas's Texas Frightmare Weekend, has given ScreenAnarchy an early look at their latest guest additions, and this one is a major catch! TFW has confirmed Freddy Krueger himself, Robert Englund, to an already stellar list of guests that also includes George Romero, Candyman's Tony Todd, and Kane Hodder among many, many others. Englund isn't the only guest of this year's convention coming by way of Elm Street, check out the additional Nightmare performers in the gallery below!
Texas Frightmare Weekend takes place from April 29th through May 1st, 2016 at the Hyatt Regency DFW Airport in Grapevine, Texas. Passes are already on sale, and they sell out very quickly. If you want to be among the lucky fans able to peruse the massive convention floor, I suggest getting your passes early! For more details, check out the link section below this post.
To find a current list of guests for 2016 and ticketing options, click here to visit Texas Frightmare Weekend online!

Since 1973, Englund has appeared in over 75 feature films and starred in four TV series. He has starred alongside Oscar-winners Henry Fonda, Susan Sarandon and Jeff Bridges. Since 1984 he's achieved international fame as the iconic boogeyman Freddy Krueger in the hit franchise A Nightmare on Elm Street and its seven sequels. Englund has guest starred in hundreds of hours of TV most recently Bones, Criminal Minds and Hawaii 5-0. He will soon be seen starring in the horror film Fear Clinic, and the English thriller The Last Showing, he can be heard as the voice of the Evil Beaver in Teenage Mutant Ninja Turtles cartoon show. 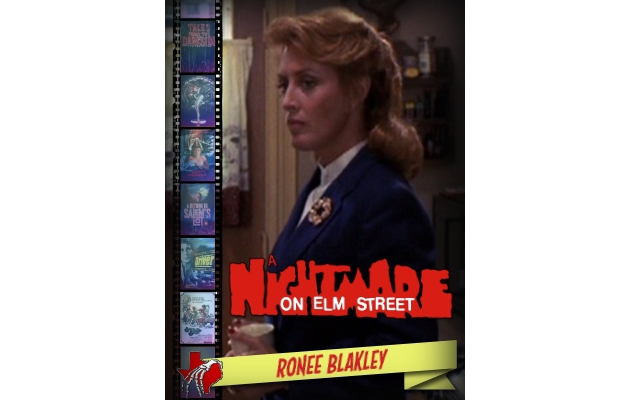 Throughout her career, Blakley has worked with some of the top directors: Walter Hill in The Driver, Wes Craven in A Nightmare on Elm Street and Bob Dylan in Renaldo and Clara. 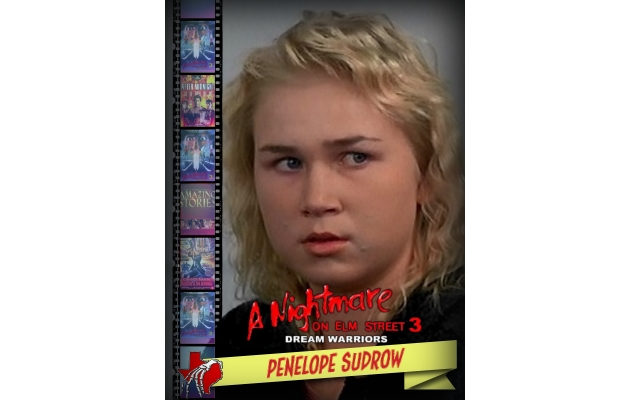 Via Penelope Sudrow's Facebook fan page:
Penelope Sudrow is an LA-based actress, best known for her role as the ill-fated, wannabe actress "Jennifer Caulfield" in the 1987 horror film, A NIGHTMARE ON ELM STREET 3: DREAM WARRIORS. 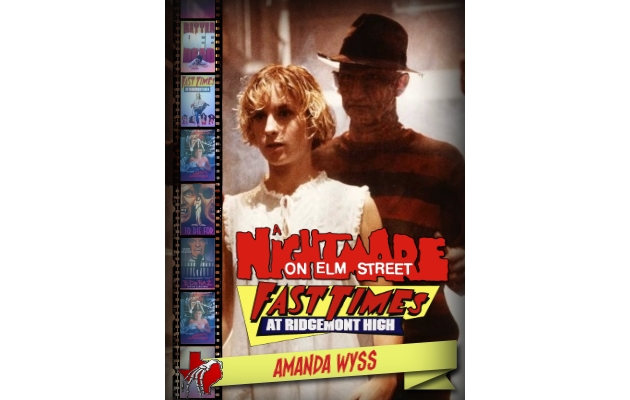 Discovered by an agent as a teen while starring in the play The Bad Seed at a local Los Angeles theatre, she went on to work in commercials and landed her first television role, recurring on Universal's When the Whistle Blows (1980) as Dolph Sweet's daughter.

Some of her most memorable film performances were in Fast Times at Ridgemont High (1982), in A Nightmare on Elm Street (1984) as Tina Gray (who was the first person murdered onscreen by Freddy Krueger), in the 1985 comedy film Better Off Dead as Beth, Silverado (1985) and the award-winning, Powwow Highway (1989). She was also in Prom Night in 1980 as the girl in the bathroom. In 2010 she was the special guest of Crypticon 2010.

More about A Nightmare On Elm Street