Gangsters, Politicians And The Vatican Collide In Solima's SUBURRA 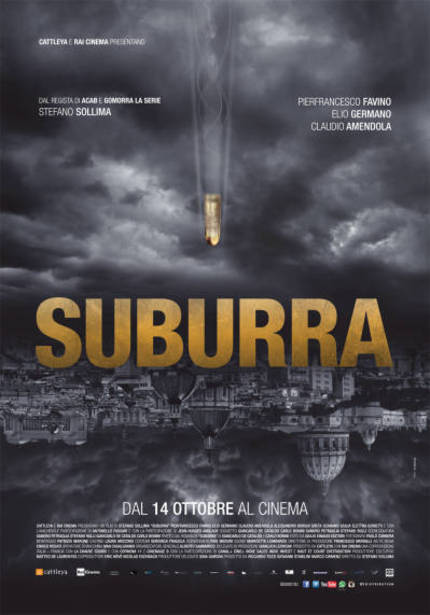 Following on from the extraordinary international success of his Gomorrah television series, Italian director Stefano Solima makes a foray into cinemas with his latest effort, Suburra, hitting Italian cinemas tomorrow. Weaving together stories of gangster, politicians and priests this is a dark power tale in the underworld of Rome.  Here's how Cineuropa describes it:

A gangster known as the "Samurai" wants to turn the waterfront of a small town close to Rome into a new Atlantic City. A corrupt politician and a powerful cardinal are protecting him, and it seems that all the local mob bosses have agreed to work for this common goal. But peace is not to last long, and a ferocious war between the gangs is about to wreck the Samurai's dream.

No doubt in part thanks to the success of Gomorrah, Netflix have already commissioned a TV series based on Suburra but if you want a taste of the original feature version, check out the trailer below.