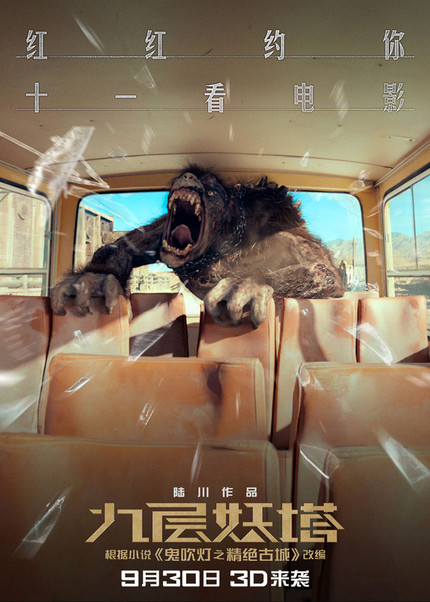 It was reported earlier that director Lu Chuan (City of Life and Death) was venturing into Hollywood-esque effects with his next project and we expected him to deliver something visually spectacular.

Well, it seems this is certainly the case as shown in a clip for his sci-fi adventure film entitled Chronicles of the Ghostly Tribe.

In 1979, a young soldier is working in China's snowcapped mountains when an explosion reveals bizarre fossils hidden deep in the mountain caverns. What they discover next will change his life and human history forever.

Chronicles Of The Ghostly Tribe opens theatrically in China on September 30th.

More about Chronicles of the Ghostly Tribe