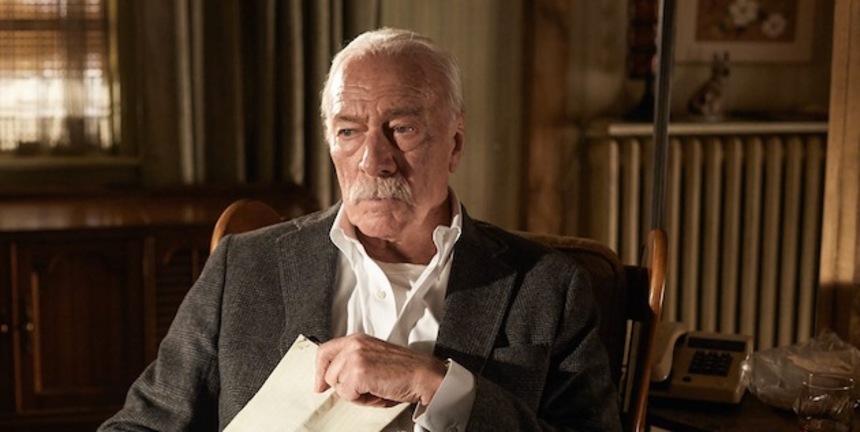 It's been a while since one can be super excited about a new Atom Egoyan film. His last two, Devil's Knot, a film about the West Memphis Three case and Captive, a chilly thriller about a child sex ring, found few champions. It's all the more reason to applaud Remember, a return to form of sorts that echoes the handheld looseness of Egoyan's earliest films like Next of Kin.

The key to the enjoyment lies in a a compelling turn by Christopher Plummer playing a man with dementia who's sent off to hunt down a Nazi commander of Auschwitz. Playing out like an extended road movie, the film is sentimental without being trite. Along the way the film explores issues of loss intertwined with the human capacity to forget even the most appalling of events.

The film has its missteps - a sequence with Dean Norris is particularly egregious, where the film slips into almost farcical bad-guyness - but for the most part the film manages to both surprise and entertain.

Other parts of the journey are far more effective, with a darkly humorous thread keeping things interesting. The narrative unfolds in an almost fable like way, where the hero's journey is both empathetic and slightly off-kilter.

Supporting characters are less interesting, save for a grizzled Martin Landau still showing some on-screen fire. Other roles (save for a few surprise appearances by some stalwart German performers) are unfortunately underdeveloped, especially in contrast to Plummer's lead. These distractions certainly don't help, but one soon simply fixates on the protagonist and goes on from there.

Part of the fun of the film is to discover it on your own, and I'd recommend going in as blind as possible about the events that play out. Simply know that this is a film with a strong lead performance by Plummer, a nice role for Landau, and a Nazi-hunting thriller that's got a nice hook to it.

Remember may not be remembered as Egoyan's best, but it's certainly a strong showing from the director, as he's still got it in him to take his art in captivating directions.

Do you feel this content is inappropriate or infringes upon your rights? Click here to report it, or see our DMCA policy.
atom egoyanchristopher plummermartin landauremembertiff 2015Toronto 2015Toronto Film Festival