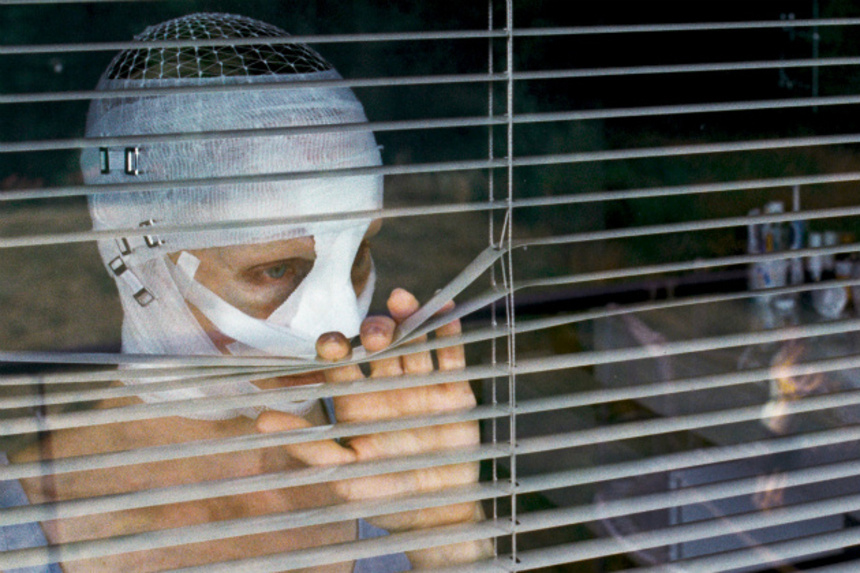 Austrian arthouse horror Goodnight Mommy gets under your skin early and stays there long after the credits. Within its sparse and sterile decor, this minutely observed chamber piece tears apart the constructs of the family drama.

Taking place in a sleek but bare home filled with neutral colors, the main house of Goodnight Mommy is almost a character in and of itself. Foreboding as it stands alone in a forest clearing, the house acts a blank canvas as the raw anxieties of the protagonists are projected on its unadorned long walls and thin white blinds. The symmetry and perfection of the abode also seems to have an effect on its inhabitants. The beautiful blond twins appear to be in control while their mother, heavily bandaged from her injuries, is a nervous wreck. When the action does leave the house (which isn't often) the locations used, not to mention the way they are captured, are equally effective, such as the endless symmetry of the fields and forest which the characters get lost in or the undulating and cracked earth that the twins traipse over at the very beginning.

Review originally published in slightly different form during Fantastic Fest in September 2014. The film opens in select theaters in the U.S. on Friday, September 11, via Radius-TWC.