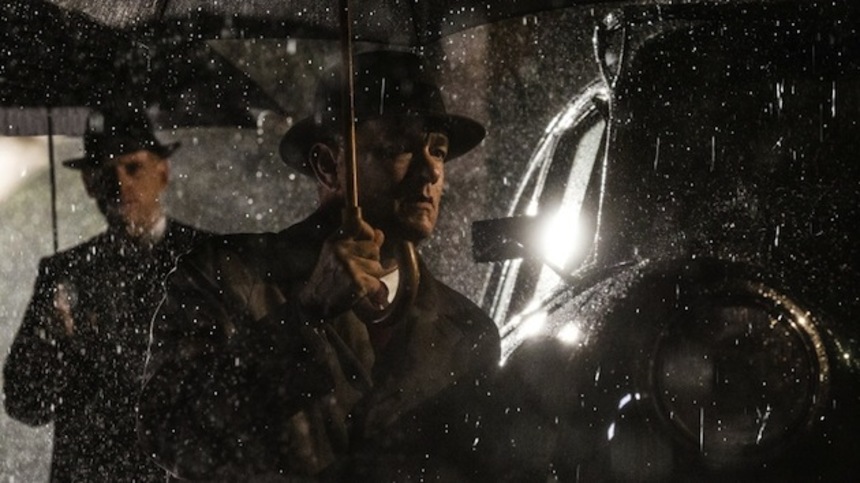 The 53rd New York Film Festival starts September 25 - October 11 at the Film Society Of Lincoln Center, and boy are they packing a punch this year.

Their Main Slate was announced today, leading with the world premiere of Steven Spielberg's Bridge Of Spies, a cold war thriller starring Tom Hanks. But what's got me really intrigued is Don Cheadle's Miles Davis biopic Miles Ahead, Tabu director Miguel Gomes' full three volumes of Arabian Nights, and Kiyoshi Kurosawa's latest, Journey To The Shore, as well as Apichatpong Weerasethakul's Cemetery Of Splendour. Then we've got the much buzzed about The Lobster and The Assassin, plus two personal Sundance favorites in Guy Maddin's The Forbidden Room and Michael Almerayda's Experimenter. And that's just the tip of the iceberg.

Check out the full main slate, plus a festival teaser trailer, below.

No Home Movie Chantal Akerman, Belgium/France, 2015, DCP, 115m French and English with English subtitles At the center of Chantal Akerman's enormous body of work is her mother, a Holocaust survivor who married and raised a family in Brussels. In recent years, the filmmaker has explicitly depicted, in videos, books, and installation works, her mother's life and her own intense connection to her mother, and in turn her mother's connection to her mother. No Home Movie is a portrait by Akerman, the daughter, of Akerman, the mother, in the last years of her life. It is an extremely intimate film but also one of great formal precision and beauty, one of the rare works of art that is both personal and universal, and as much a masterpiece as her 1975 career-defining Jeanne Dielman, 23, quai du Commerce, 1080 Bruxelles. U.S. Premiere Right Now, Wrong Then Hong Sangsoo, South Korea, 2015, DCP, 121m Korean with English subtitles Ham Chunsu (Jung Jaeyoung) is an art-film director who has come to Suwon for a screening of one of his movies. He meets Yoon Heejung (Kim Minhee), a fledgling artist. She's never seen any of his films but knows he's famous; he'd like to see her paintings and then go for sushi and soju. Every word, every pause, every facial expression and every movement, is a negotiation between revelation and concealment: too far over the line for Chunsu and he's suddenly a middle-aged man on the prowl who uses insights as tools of seduction; too far for Heejung and she's suddenly acquiescing to a man who's leaving the next day. So they walk the fine line all the way to a tough and mordantly funny end point, at which time... we begin again, but now with different emotional dynamics. Hong Sangsoo, represented many times in the NYFF, achieves a maximum of layered nuance with a minimum of people, places, and incidents. He is, truly, a master. U.S. Premiere The Treasure / Comoara Corneliu Porumboiu, Romania, 2015, DCP, 89m Romanian with English subtitles Costi (Cuzin Toma) leads a fairly quiet, unremarkable life with his wife and son. He's a good provider, but he struggles to make ends meet. One evening there's a knock at the door. It's a stranger, a neighbor named Adrian (Adrian Purcarescu), with a business proposal: lend him some money to find a buried treasure in his grandparents' backyard and they'll split the proceeds. Is it a scam or a real treasure hunt? Corneliu Porumboiu's (When Evening Falls on Bucharest or Metabolism, NYFF 2013) modern-day fable starts like an old Honeymooners episode with a get-rich-quick premise, gradually develops into a shaggy slapstick comedy, shifts gears into a hilariously dry delineation of the multiple layers of pure bureaucracy and paperwork drudgery, and ends in a new and altogether surprising key. Porumboiu is one of the subtlest artists in movies, and this is one of his wryest films, and his most magical. Where To Invade Next Michael Moore, USA, 2015, DCP, 110m Where are we, as Americans? Where are we going as a country? And is it where we want to go, or where we think we have to go? Since Roger & Me in 1989, Michael Moore has been examining these questions and coming up with answers that are several worlds away from the ones we are used to seeing and hearing and reading in mainstream media, or from our elected officials. In his previous films, Moore has taken on one issue at a time, from the hemorrhaging of American jobs to the response to 9/11 to the precariousness of our healthcare system. In his new film, he shifts his focus to the whole shebang and ponders the current state of the nation from a very different perspective: that is, from the outside looking in. Where To Invade Next is provocative, very funny, and impassioned--just like all of Moore's work. But it's also pretty surprising. U.S. Premiere ABOUT FILM SOCIETY OF LINCOLN CENTER  Founded in 1969 to celebrate American and international cinema, the Film Society of Lincoln Center works to recognize established and emerging filmmakers, support important new work, and to enhance the awareness, accessibility, and understanding of the moving image. The Film Society produces the renowned New York Film Festival, a curated selection of the year's most significant new film work, and presents or collaborates on other annual New York City festivals including Dance on Camera, Film Comment Selects, Human Rights Watch Film Festival, New Directors/New Films, New York African Film Festival, New York Asian Film Festival, New York Jewish Film Festival, Open Roads: New Italian Cinema and Rendez-Vous with French Cinema. In addition to publishing the award-winning Film Comment magazine, the Film Society recognizes an artist's unique achievement in film with the prestigious Chaplin Award, whose 2015 recipient is Robert Redford. The Film Society's state-of-the-art Walter Reade Theater and the Elinor Bunin Munroe Film Center, located at Lincoln Center, provide a home for year-round programs and the New York City film community. The Film Society receives generous, year-round support from American Airlines, The New York Times, Stella Artois, HBO, The Kobal Collection, Variety, Row NYC Hotel, the National Endowment for the Arts, and the New York State Council on the Arts. Support for the New York Film Festival is also generously provided by Jaeger-LeCoultre, FIJI Water, KIND Bars, Portage World Wide Inc., WABC-7, and WNET New York Public Media. For more information, visit www.filmlinc.org, follow @filmlinc on Twitter, and download the FREE Film Society app, now available for iOS (iPhone and iPad) and Android devices.

Do you feel this content is inappropriate or infringes upon your rights? Click here to report it, or see our DMCA policy.
bridge of spiesfestivalnew york film festival 2015nyff 2015steven spielberg