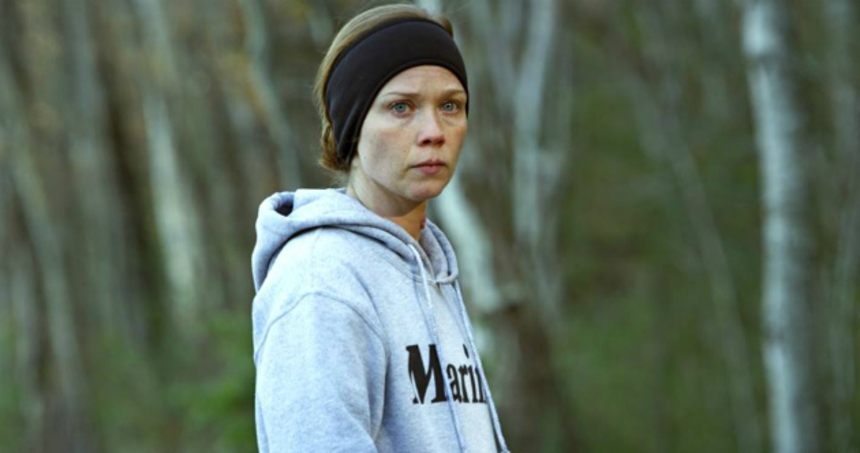 While the average person in the United States might be familiar with the illness known as post-traumatic stress disorder (PTSD) and its prevalence among war veterans, it is arguably an 'invisible' illness (unlike the loss of a limb, for example) and therefore yet to be sufficiently addressed in society.

This is a place where art can step in and attempt to render in artistic form the experience of those with PTSD. Three Fingers, a short film directed by Paul D. Hart, is an effective representation of the nightmares and extreme stress that PTSD brings to the sufferer, and how a 'normal' life becomes almost all but impossible.

Jesstine (or 'Alabama') is a young Maine war vet, returned from the front with a non-physically debilitating but very visible wound she received in Afghanistan. She has lost her job, is somewhat estranged from her fiance and daughter, and increasingly prone to violent behaviour. The trauma of her experience means that she struggles to keep herself from going over the edge.

The film succeeds by seeking to enact Jesstine's mental state in its confusion and lack of focus. This isn't to suggest that the story is unfocused, far from it; instead, Hart and his production team give us Jesstine's eyes to look through and ears to hear with. Waking from a nightmare, the picture moves in and out of focus; sounds come as though through a wall or water that block Jesstine from fully engaging with the world and people around her. This is not represented as a dream state or a surrealist imagining: this is how she now processes the sights and sounds around her, and this takes the audience into her direct experience.

In one scene, while Jesstine manages to make herself a small meal in a tidy kitchen, the living room of her home is a mess; her fiance comes to check on her, and cleans the mess, but she remains silent to his actions and presence, and the contrast between these two rooms and the allegory to her before-war and after-war existences is brief yet clear enough in a simplicity that is palpable in its power.

In her performance as Jesstine, Virginia Newcomb strikes the perfect balance between expressing her character's PTSD in a realistic manner and pushing through the camera to connect with the audience. On one hand, it is important that the character is a woman, women's role in active combat is still often unaddressed especially in relation to PTSD, and on the other hand unimportant, as the film would likely cover many of the same situations were it a man. I.e.: this can (and does) happen to any soldier.

The story works as a short film because the scenes are brief enough to make their point without pushing into over-explanation. Looking through Jesstine, we can see how even what seems like a small or innocuous comment can drive her to violence, against others or herself. Newcomb plays with subtlety, enhanced by Hart's focus on her physical presence and centering her in the frame as much as possible to keep the audience with her.

The film does put itself in danger of being a bit too obvious in its intention in the penultimate scene, when it briefly lapses into too much telling and not enough showing; while some of this telling is necessary, the final few shots verge into an over-sentimentality that momentarily feels cliched. This did have the effect of pulling me outside of Jesstin'e perspective, when it was the point at which she needs the audience most.

Nonetheless, this was brief enough that it did not detract from the film's overall power and intimacy with its subject and character. As a portrayal of the manifestations of PTSD, it succeeds, and as a study in the mind of a sufferer, its cinematography and sound design are matched by a powerful lead performance.

Full Disclosure: Ben Umstead, the U.S. Editor for ScreenAnarchy, is a producer of this short.

I actually contributed to the crowd funding campaign for this, but I didn't even realize it was complete! I'm glad it turned out as well as you said; I definitely think female combat veterans' stories are under represented, but it's good that it maintains that balance of being an everysoldier story too. Looking forward to seeing it.

We've been updating the crowd funding community through page posts which go out as a newsletter email, so apologies if those have been getting dumped in spam. As a contributor you'll be seeing the film very soon! So please keep a look out from an email with my name on it or else Seed&Spark -- Thanks for dropping by to read and for your support!