Review: THE BEAUTY INSIDE, High Concept Melo Is More Glib Than Its Title 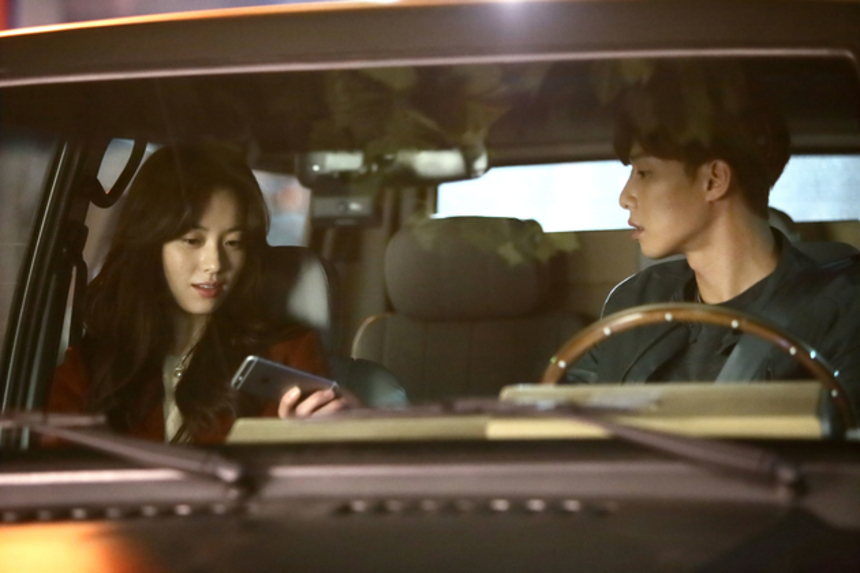 A corporate-sponsored high concept web series gets the glossy Korean melodrama treatment in The Beauty Inside, the top romantic offering of the season. Featuring a laundry list of Korean stars all playing the same character, this debut film by music video director Baik stays very true to its source material, while also expanding it with familiar local melodramatic elements.

Woo-jin is a young antique restorer with a unique problem. Ever since he was a teenager, he wakes up each day as a completely different person. Only his mother and best friend know this and he goes about his life without forging new connections, selling his wares online and sating his loneliness with one night stands. One day he meets the antique dealer Yi-soo, and he can no longer bear his condition.

Expanding on the original's 40 minutes of cumulative screen time, Baik's The Beauty Inside largely sticks to the web series as it gets going, though it takes more time to expand on the practicalities of Woo-jin's unusual condition. We see inside his extensive closet, which features a shoe-size measurer and a phoropter (a tool for sight testing), and we also get a flashback to the first day he woke up as a different person (played by the middle-aged Bae Sung-woo).

Staying true to the original is to be expected, but unfortunately for The Beauty Inside, this also applies to the initial concept's function as an advertisement. Backed by Intel and Toshiba, the lynchpin of the web series was a Toshiba laptop that the shape-shifting protagonist records his daily dairy with. This time around it's an ever present Macbook, but it doesn't take a keen eye to spot a number of product placements (such as Asahi beer) and a general affectation for fancy consumer goods. Designer furniture and a high-end stereo system are just some of the items that not only serve as props but go so far as to deepen the bond between the romantic leads. This superficiality also extends to the production as a whole, as director Baik lends a glossy veneer to the film that gives it the air of a two-hour ad or music video.

The high concept story affords the film two big advantages. First of all, with an ever-changing protagonist, the production was free to hire name actors to play the lead role, but only use them for a day or so, or (in the case of Lee Hyun-woo) perhaps only a few hours. The second benefit is the relative ease of drawing out comical situations, though on this count the film is oddly reserved. It repeats a few jokes from the web series, but most of the humor is very localized as it deals with honorifics. When Woo-jin reveals his condition to his friend, he is a middle-aged woman and when his friend addresses him with a familiar register, he falls over laughing. Later, his love interest is very uncomfortable when Woo-jin, now a young boy, uses the same low speech with him. The same gag gets a lot of screen time, but for the most part the film avoids comedy, particularly as it goes the way of its softy-spoken and hazily-lit melodramatic peers.

With upward of 20 actors incarnating the lead role, it is perhaps unavoidable that Woo-jin's character is a little inconsistent, though there are some highlights, including a melancholic Kim Sang-ho (Haemoo) and a shy Chun Woo-hee (Han Gong-ju), who gets the hardest part when she must reveal her (multi-) identity to her crush (a turning point that comes earlier than expected). Elsewhere, a lot of pretty idols with little definition pepper the cast, smiling meekly as they shuffle about gracefully. As the girl, Han Hyo-joo is radiant and charming but with so much focus on Woo-jin's condition, we don't really get to know her.

The Beauty Inside comes out of the gate strong but when the love birds get together the fun of the concept is swapped out for treacly romance, forcing the narrative to slow to a crawl. Not without its moments, and always watchable, Baik's film is a handsome and relatively effective Korean melo, if ultimately too glib to connect to on an emotional level.

Do you feel this content is inappropriate or infringes upon your rights? Click here to report it, or see our DMCA policy.
baikhan hyo-joohigh conceptintelmelodramasocial filmthe beauty insidetoshiba백감독뷰티 인사이드한효주

More about The Beauty Inside