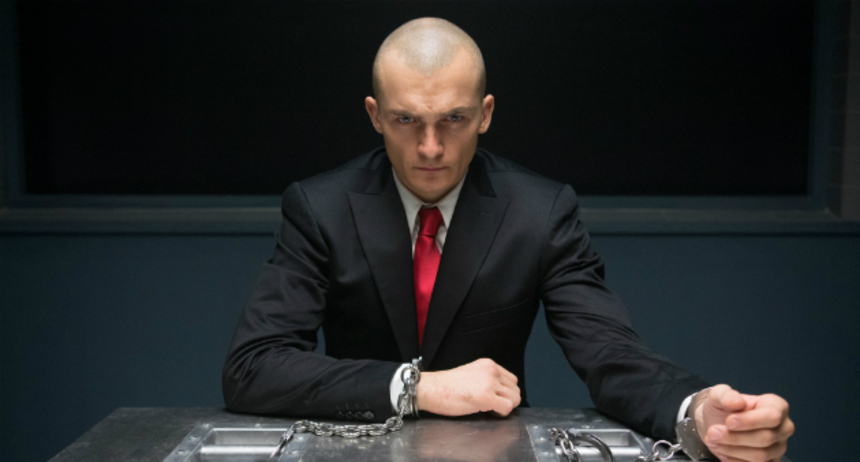 Action fans are like alcoholics: we need our fix! Hitman: Agent 47 isn't up to the task.

Granted, my opening words might sound like I'm minimizing the seriousness of alcoholism, and that's not my intention. But those of us who are addicted to movies tend to fixate on certain genres, whether it's horror -- my current, personal obsession -- or action pictures. My love for the latter has diminished in the 21st century, sad to say, as the trend toward whiplash editing has become the industry norm and action "epics" have, consequently, become far less compelling to watch.

Exceptions like 2011's The Raid and its sequel, last year's John Wick, this year's Mission: Impossible - Rogue Nation and, especially, Mad Max: Fury Road have been incredibly welcome, giving hope that some directors still have a strong vision of what makes an action movie truly visceral and exciting, at least for those of us with attention spans lasting longer than 1.5 seconds.

Based on a video game that already inspired the lackluster Hitman in 2007 -- not even Xavier Gens and Timothy Olyphant could save that one -- Hitman: Agent 47 introduces Rupert Friend as the titular assassin, part of a group of experimental subjects who have been developed without the frailties of certain emotions, but gifted with other extraordinary abilities. An opening narration explains, rather too quickly, that the original experiment was brought to an end and the subjects let loose upon the world, where they are free to be hired by shadowy organizations that aspire to be Definitive Evil, like the Mafia.

Agent 47 works for one such organization, The Syndicate, reporting to his immediate superior Diane (Angelababy) by phone, and killing individuals according to his orders. His latest mission finds him tracking down Katia (Hannah Ware) so she can lead him to her father, Litvenko (Ciaran Hinds). Little does Katia remember that she has also been modified -- much like Agent 47, only better, and without the prominent bar code tattooed on the back of his bald head -- and so it's up to Agent 47 to awaken her killer instincts, even as yet another modified human, known as John Smith (Zachary Quinto) and equipped with a metallic underbody that makes him impervious to guns, knives, and bombs, attempts to kill them as often and as outlandishly as possible. The screenplay is credited to Skip Woods (who was also credited for 2007's Hitman) and Michael Finch (Predators) and creates a number of situations allowing for action to take place, ranging from Austria to Singapore to wherever the computers were set up. The movie is based on a video game, which provides a convenient excuse for the near-total absence of characterizations. Frankly, if the action was smashingly good and exciting, I'd probably be O.K. with that.

It's not, though, and that's apparent from the very first action scene, the details of which have already fled from my mind. Chad Strahelski and David Leitch, who helmed John Wick, worked on this movie in an action capacity, and certainly the potential exists in those sequences for something striking to emerge. All that shows up on screen, however, is the suggestion of ideas, covered up in anonymous stunt work and computer-created human forms and the presence of a stopwatch to cut every third of a second.

Aleksander Bach is listed as director, making his feature debut, though it's hard to suss out what his creative contributions might have been. Rupert Friend occasionally snaps out a one-liner that relieves the tedium, and Zachary Quinto occasionally acts like a human being, despite his robotic underlining. Quinto reports to Thomas Kretschmann, who provides a degree of menace as the Really Evil Guy Who Never Leaves His Tiny, Highly-Protected Glass Office, except when called for by the plot. Jurgen Prochnow shows up, all too briefly, locked up in a cage. Hannah Ware injects a lot of appropriate frustration into her character, which contrasts nicely with the action scenes.

Hitman: Agent 47 only runs 96 minutes, which is certainly to its advantage. At its best, it's a Saturday matinee time-waster. At its worst, it's an endless video game that is only of interest to hardcore video game fanatics. Enjoy!

The film opens wide in theaters across North America on Friday, August 21.