ENDLESS POETRY: New Jodorowsky Film Swings Into Second Half Of The Shooting Process 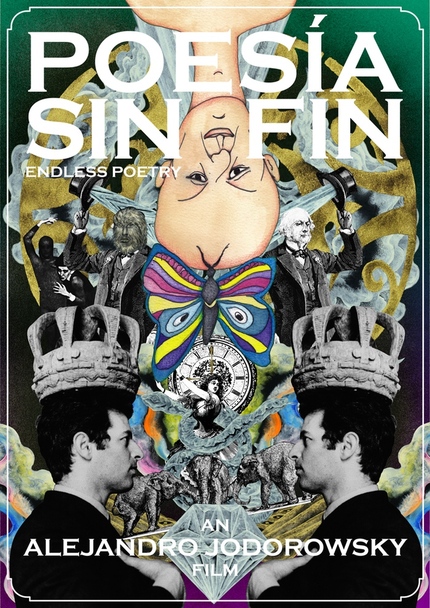 The pope of esoteric midnight films returned after 23 years from filmmaking limbo in a poetical semi-autobiopic The Dance of Reality, which saw him also reunited with his former producer Michel Seydoux since their paths parted after Dune´s non-realisation.
The 86-year old Alejandro Jodorowsky is etched into the textbooks as versatile artist, philosopher and therapist and as a filmmaker known for El Topo, The Holy Mountain or Santa Sangre rendered in his very own aesthetics of the bizarre and surreal. However, the two decades spanning his filmmaking celibacy does not mean Jodo has been sitting idle in his Paris apartment. He resolved the koan (challenge in Zen Buddhism) of wanting to make more movies, yet lacking the proper funding, by jumping to another medium, graphic novels, where he has been spilling his untamable visions ever since.
The Dance of the Reality covers only the first part of the eponymous psychomagical autobiography from which the next half will be tackled in the partly crowd-funded sequel, Endless Poetry. The first clapperboard slammed in Santiago de Chile at the beginning of July and the estimated 8-week shooting is halfway through the process, and is expected to wrap in late August. Post-production will be carried out in Paris and Tokyo with final cut slated for February 2016. Since Jodorowsky´s opinion on money is well-known, he decided to turn backers´ contributions into new monetary means, Poetic Money (Dinero Poético), that could be spent "only on the poetry of the universe."
The synopsis of Endless Poetry goes like this:

Leaving his childhood and his native Tocopilla behind, the adolescent Alejandro Jodorowsky follows his parents to Santiago de Chile. Between his lack of self-confidence and the family pressure he is under, Alejandro struggles to express his desires and find his own path. But the flourishing capital, filled with artists and poets offers the perfect setting for him to grow out of his cage.

Thinking he'd fit in well, Alejandro's cousin Ricardo takes the young boy to the home of Veronica and Carmen Cereceda, where puppeteers, dancers, sculptors and painters all live and create together. There, defying all of his old limitations, Alejandro takes the first step on his path to becoming a poet in the Chilean artistic epicenter of the 1940s. Alongside rising poets like Enrique Linh, Nicanor Parra and in the arms of his first love, Stella Diaz, Alejandro's poetic destiny takes form and a new world unravels ... changing his life forever.

Jodorowsky was rumored to return to the big screen in grand style with metaphysical gangster film starring Asia Argento, Marilyn Manson and Udo Kier, The King Shot while also readying a sequel to the metaphysical western El Topo, Sons of El Topo (under the working title Abel Cain). Due to problems with financing, both films never came to be though Jodo confirmed that they will materialize on the pages of graphic novels. The first draft of Sons of El Topo should be done before the the new year.
Despite his age, the master of oddities remains pretty busy and his new book, Where the Bird Sings Best, rolled out in March mapping the fate of his family´s emigration from Ukraine to Chile captured in his trademark style as psychomagical mythic journey. The Jodorowskys´ saga thus might continue on the screen as well.
Sign-In to Vote
Tweet 0 Submit

Do you feel this content is inappropriate or infringes upon your rights? Click here to report it, or see our DMCA policy.
Alejandro JodorowskyDance of the RealityEndless Poetrysurreal

The Dance of Reality is awful and it sounds Endless Poetry will be more of the same. Though the other two projects are very interesting, something tells me the long and unfortunate hiatus hasn't done the man any favours.

YOIU MUST HAVE A PROBLEM-PROBABLY YOU DID NOT UNDERSTAND IT..GO FIND YOURSELF SOME KIM KARDASHIAN TO WATCH

You have a problem too: unintelligible English.