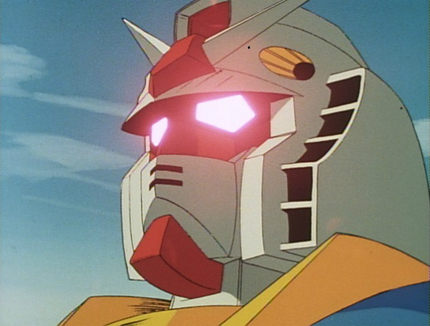 Last year's Tokyo International Film Festival demonstrated its new focus on the world of animation by screening a sizable retrospective of the works of Neon Genesis Evangelion creator Anno Hideaki.
The event showcased many of the director's classics, including debut series Gunbuster, episodes from Nadia and The Secret of Blue Water, and Evangelion in its entirety. A huge treat for anime fans, the presentation offered the chance to catch everything from rare and unseen material to long-established classics on the big screen.

Continuing with their commitment to Japanese animation, this year's Special Animation Program presents the phenomenally successful series Mobile Suit Gundam. Created by Tomino Yoshiyuki in 1979, Gundam revolutionized the perception of robot-orientated animated works with its complex human characters, wartime drama and depiction of robots as weapons.

Set in the Universal Century year 2079, the series takes place at a time when the Earth Federation is at war with The Principality of Zeon, a nation of space migrants who escaped an overpopulated earth. Initially following young mechanic Amuro Ray as he pilots a new weapon, a humanoid battle-suit RX-78 Gundam, the series would go on to feature a large cast of unique characters as they fight to survive in a war-torn universe.

Do you feel this content is inappropriate or infringes upon your rights? Click here to report it, or see our DMCA policy.
JapanMobile Suit GundamTokyo 2015Tomino Yoshiyuki