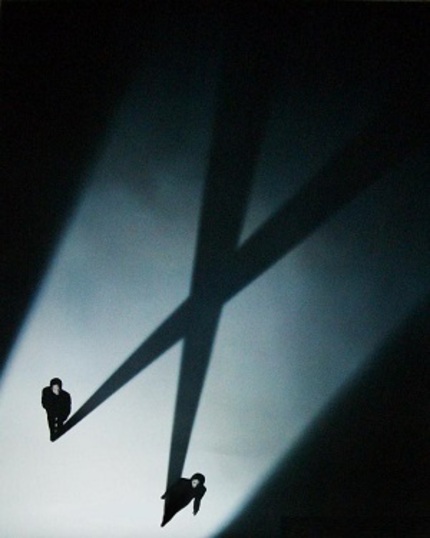 The X-Files, which ran for nine seasons and spawned two feature films, a comic book and two spin-off shows, was a major cult force in the 1990s. It arguably was a progenitor of long-form television series of recent years that have created a renaissance in US television. And much to the delight of fans, it's coming back for a six episode run in early 2016.

Chris Carter, creator of the series, has been a guest of honour at NIFFF this summer. I sat down with Carter to talk about the legacy of the show, long-form television, and the new series.

Shelagh Rowan-Legg: What is it about long-form television, that it's been your preferred mode to work in?

Chris Carter: Well, it's all I've ever done. It's given me a chance to tell stories that are near and dear to me. Long-form TV gives you a chance to do a more novelistic approach, episodes as chapters. We're seeing that being done a lot more now, and why a lot of people are moving from films to TV, for a chance to tell a story through a longer format. I've always responded to that myself, a signature of The X-Files is the so-called mythology. TV gives you a chance to develop that in a way that films can't.

How did you find the switch to films for the show? How did you have to adjust your conception?

Both of the films are definitely continuations of the show, trying to take the concept and give the movie-going audience something that they wouldn't get on the small screen. I think we succeeded in the first movie, we had the budget and the resources. We went for a smaller story, more like the TV show, on the second movie, and I think that if I were to do a third movie, I would make it a bigger story again, like the first one.

What is it about the metaphor of alien life, of something being 'out there', that you enjoy using it?

Life is an unsolved mystery, and for me, the alien conspiracy is an ultimate unsolvable mystery, or at least unsolved on the show. So it's a metaphor for life itself, for me.

I think my favourite episodes are actually stand-alone ones, "Home" and "Bad Blood". Was it different for you when you were working on those episodes that weren't part of the mythology?

Not really. The show had this ability to expand and contract, to become a comedy or a drama that had little to do with the mythology. While a lot of people mention some of the stand-alone shows as some of their favourites, most fans say that their connection to it came with the mythology.

When you were originally conceiving the show, did you think of perhaps only having two male leads?

It was always a man and a woman. I'm interested in strong women characters. For me, Scully is the centre of our show, she is the skeptic in all of us. Science is at the root of science fiction, so Mulder, while he seems to be often right and it might seem to be his show, I always think of Scully as the grounding influence and the thing that keeps the solar system of the show in place.

It's something of a reversal of gender roles. Usually, especially in horror film, it's the female character that is connected to the supernatural, and the man is the skeptic. Was it a conscious decision to switch that?

It actually wasn't, it just made sense to me in an instinctive way, that she would be the scientist. I don't know what that says about me, but I always saw it that way.

There seems to be a renaissance of long-form television today, with shows that have long story arcs. Do you have any favourites?

I love Mad Men, it's so subtle and sophisticated, and very personal. And Breaking Bad, which was a hard sell for Vince Gilligan; to have a hero who is a drug maker/dealer, and Gilligan pulled it off. They are both masterpieces, in completely different ways.

And they both reflect, not necessarily in a positive way, on American culture. Breaking Bad on the contemporary, with attitudes towards drugs and the health care system, and Mad Men looking to the past, racism and sexism. And this can be traced back to The X-Files and Millennium, and your work. Your shows have looked at conspiracy, government bureaucracy. Was that your intention at the beginning, to explore some of those issues?

I'm a child of the Watergate era, so I question authority and mistrust it, that was in my blood. One of my favourite movies is All the President's Men; the most amazing thing about it, and it's watchable time and again, is that we know the outcome. Watching it, is where the entertainment value lies. So I knew I would be exploring these things, though I didn't know I would be doing it for nine years.

I read an article recently that said the number of reported UFO sightings has dropped significantly, and this is probably due to better photography technology. A lot of what The X-Files is based around, is lack of information, which we can now get through the internet, or unclear photos, which are better with digital technology. How does that change your approach?

Even though there are now ways to debunk, that doesn't discount the number of sightings, and I don't think it's necessarily undermined a greater belief in these things. I'm definitely a skeptic, but like Mulder, I want to believe.

ScreenAnarchy columnist Matt Brown wrote a very good column recently, about how so much of film today is really fan fiction, fans taking over beloved franchises and changing the mythologies. Have you ever felt pressured to follow the will of your fans as oppose to your own creative instincts?

You listen to your fans, you are mindful of what they are responding to, and then you do what you think is right. That's always been the formula for us, we go with our gut instincts, and while we are open to what people say, we choose our own path. There was a letter written to me during season 1, telling me that this person's favourite episodes were the ones that dealt with Mulder's and Scully's personal belied systems, their personal stake in the stories, and I think that's what gave birth to the mythology two-parters. After that, we started to develop these mythology shows, maybe 6-8 a season, and they became a kind of anchor for the show.

What made you decide to go back to The X-Files?

Twentieth Century Fox approached me, that was what started it, and the actors were interested in continuing the story, so it felt like the right time.

And does it pick it where the show left off?

Yes, we are being honest to the passage of time, we don't want to play them as their younger characters. These are older and wiser Mulder and Scully.