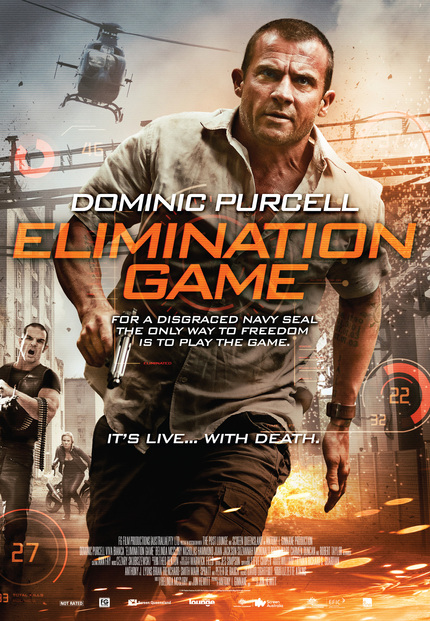 Acolytes and X director Jon Hewitt remakes 1980s Ozploitation classic Turkey Shoot with Elimination Game in which Dominic Purcell stars as a disgraced former army officer forced to fight for his life in a live televised game show. Yep, the concept is a direct-line predecessor of films such as The Running Man and The Hunger Games and with eOne releasing the films to theaters and VOD on June 26th we've got an exclusive clip from the film below.

Do you feel this content is inappropriate or infringes upon your rights? Click here to report it, or see our DMCA policy.
clipelimination gamejon hewittremaketurkey shoot