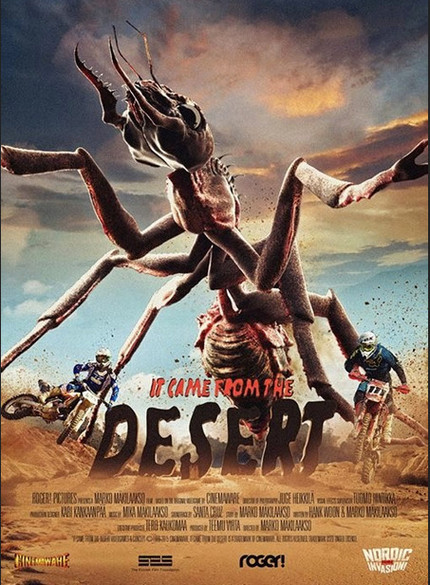 There are giant ants on the way to spread destruction in Marko Mäkilaakso's adaptation of classic video game It Came From The Desert. We first covered this one back in February when the project was initially announced but following a successful Cannes where rights to the film were pre-sold to a handful of territories producers are on their way to launching full production before the end of the year and have opted to release the two minute proof of concept reel they showed buyers in Cannes.

For those unfamiliar, a proof of concept isn't a trailer, per se, and most often the footage found within them never even appears in the finished film. Instead they're a an original creation designed to show off the abilities of the creative team to pull of their concept, and most are made on a limited budget with minimal resources. So is this how the ants in the finished film will look? Probably not, but it's a whole lot of fun to see what they've cooked up so far ...

Do you feel this content is inappropriate or infringes upon your rights? Click here to report it, or see our DMCA policy.
creature featuregiant antit came from the desertproof of conceptvideo game