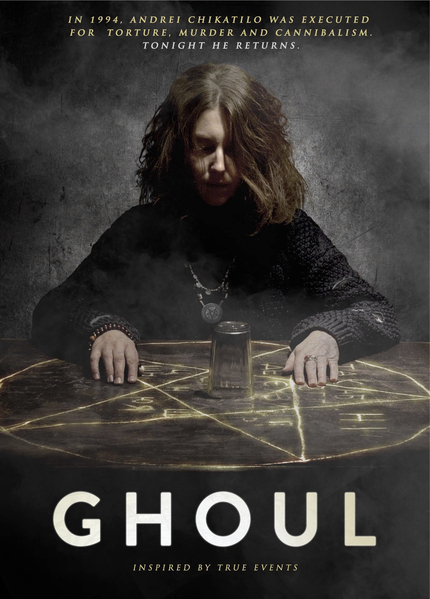 Czech director Petr Jakl bucked trends throughout the arthouse oriented markets of Eastern Europe with his Czech / Ukrainian produced - though largely English language - horror picture Ghoul and ended up with a minor hit on his hands, one that had great success in the local box office before crossing over to America for a limited theatrical run on these shores as well. And with the American VOD / DVD release coming on June 23rd we've got an exclusive clip to share.

Three Americans travel to the Ukraine to film a documentary about the cannibalism epidemic that swept through the country during the famine of 1932. After being lured deep into the Ukraine forest for an interview with one of the last known survivors, they quickly find themselves trapped in a supernatural hunting ground.

Check out the clip and trailer below!

Czech produced horror film GHOUL hits DVD and VOD in the US on June 23rd and we've got an exclusive clip to share!